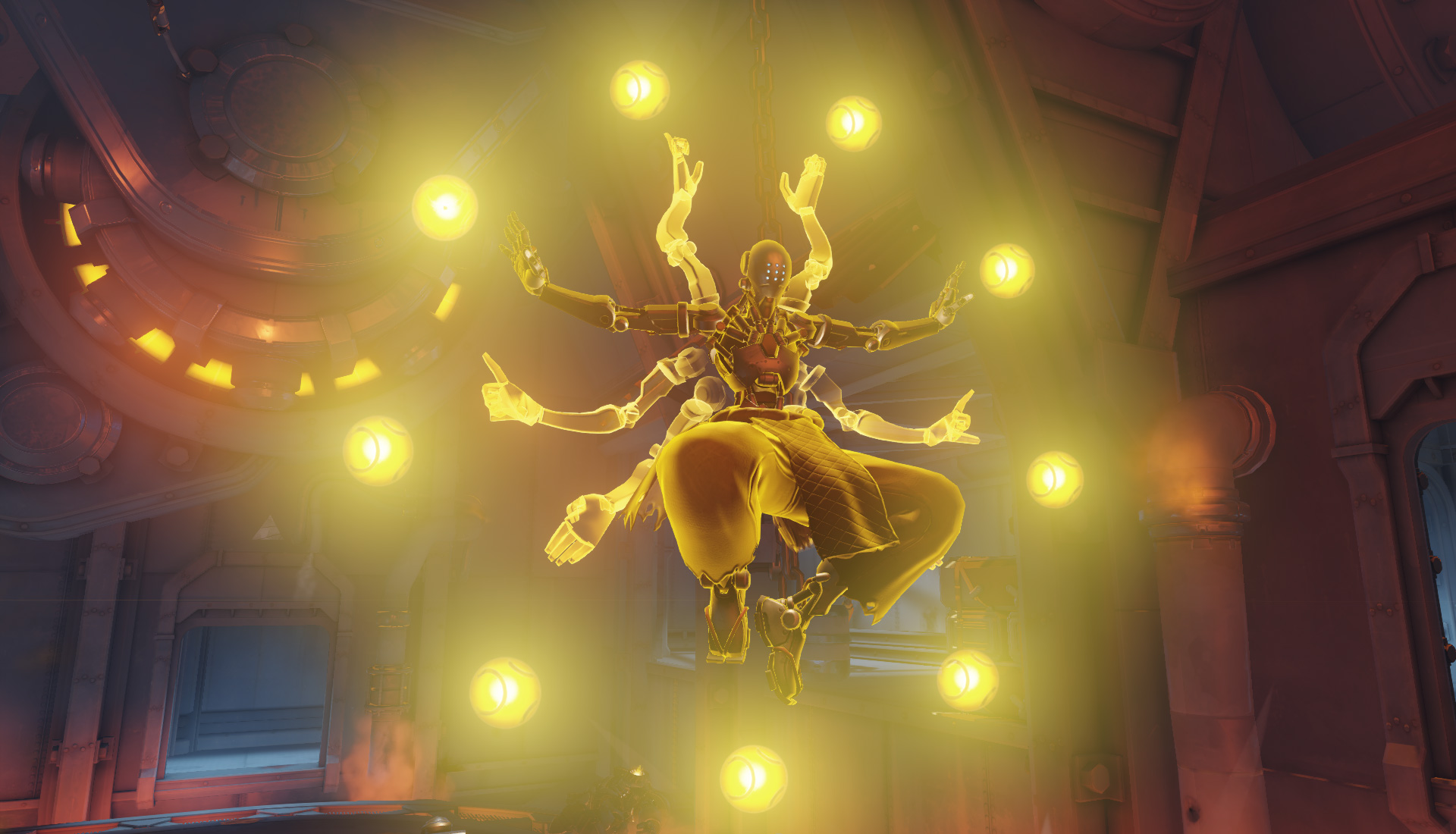 My Overwatch anxiety manifests itself in my right arm. Tension builds around my shoulder before moving through my bicep and knotting up right in the center of my forearm. My mind often wanders, scolding myself—or my teammates—for their bad aim, and sometimes I flick back-and-forth between Overwatch and my browser (during deaths or while waiting for a game, of course). I have a problem with mindfulness.

It’s a problem that stuffs itself right into my gameplay, both physically and mentally. It’s not something I really think about—again, a problem with mindfulness—until I’ve logged off and have to massage my sore arm.

Related: A blurred line between work and play could cause trouble for the Overwatch League

Sam Greenblatt wants to help people like me. Greenblatt is a clinical psychology doctorate candidate at Long Island University Post interested in the way gamers and esports professionals incorporate mental health practice into their play sessions. “It became glaringly apparent to me that there was no professional mental health expert talking about performance from a mental health perspective,” Greenblatt told me. “I think it’s just a matter of time before esports recognizes the same.”

So Greenblatt uploaded an Overwatch mindfulness practice video to YouTube. It’s designed as a beginner’s course in staying present and calm in your Overwatch practice. The video starts with Greenblatt’s soft voice over the Overwatch launch screen, where he instructs players to boot up the game themselves. But before entering the game, we’ve got to relax. We work from the head to the toes, paying close attention to each as it softens and relaxes. I was already gripping my mouse, forearm tightened. It feels unusual when I’ve relaxed it.

Overwatch players may be most interested in its effects on enhancing focus.

Minutes passed and we’ve moved on to the training room. I chose Zenyatta because he’s my main support hero, but also because I thought his voice lines might be supportive. (They are.) Greenblatt directed us to the right of the training arena, where the bots swivel around barriers to move in and out of view. I watched them a little before Greenblatt tells us to start shooting. It’s a weird juxtaposition, mindfulness training and a shooting game. My mind had already wandered away from the bots. But that’s OK, Greenblatt said. It’s natural for our minds to wander, but what’s important in mindfulness practice is to just let those thought go, bringing attention back to the task at hand—here, it’s destroying the defensive training bots.

The video lasts seven and a half minutes, but it’s a practice that should continue into further gameplay. Practicing it in the training mode is a tool for players to employ in actual matches. It’s a process, Greenblatt said. First, find your concentration, then rewire your thoughts. Let negativity and self-criticism pass, instead relaxing the body and focusing the mind.

“Overwatch players may be most interested in its effects on enhancing focus, more optimal decision-making, and reducing vulnerability and distress,” Greenblatt said. “Equally important to enhancing performance, practicing mindfulness and being in the present moment, rather than in your mind beating yourself up, can make your gaming experience more enjoyable and rewarding.”

Greenblatt said that mindfulness has a measurable effect on how the brain works. There are a lot of big claims about mindfulness, not all of which are fully supported by all psychologists. (A 2017 article in Perspectives on Psychological Science found that scientific data on mindfulness is lacking, though those involved aren’t saying that the practice doesn’t have benefits.) But Greenblatt has seen the evidence firsthand. Many of his clients, which span esports professionals, inmates at Riker’s Island, and Fortune 500 executives, have reported decreased overall stress and an increased ability to handle stress and emotional reactions. Studies support this evidence, too.

Did mindfulness practice make me better at Overwatch?

But did mindfulness practice make me better at Overwatch? No, definitely not—I only did one session and lost the game I played immediately after. But with Greenblatt’s help, I was able to refocus my thoughts and soften the tension in my body. When my muscles knotted up, I softened them. When I started to panic, I refocused on one aspect of my gameplay. I’m not going to qualify for the Overwatch League after a few mindfulness sessions, or a year’s worth. But I will feel better and healthier when I play. Consistency in practice will eventually rework the brain to help how we react to stress.

“Just like learning to drive a car, where at first one has to be constantly aware of driving and later driving becomes second nature, mindfulness practice begins with an effortful noticing of unhelpful thoughts or emotions and returning to the present moment,” Greenblatt said. “Eventually [it] becomes more second nature.”