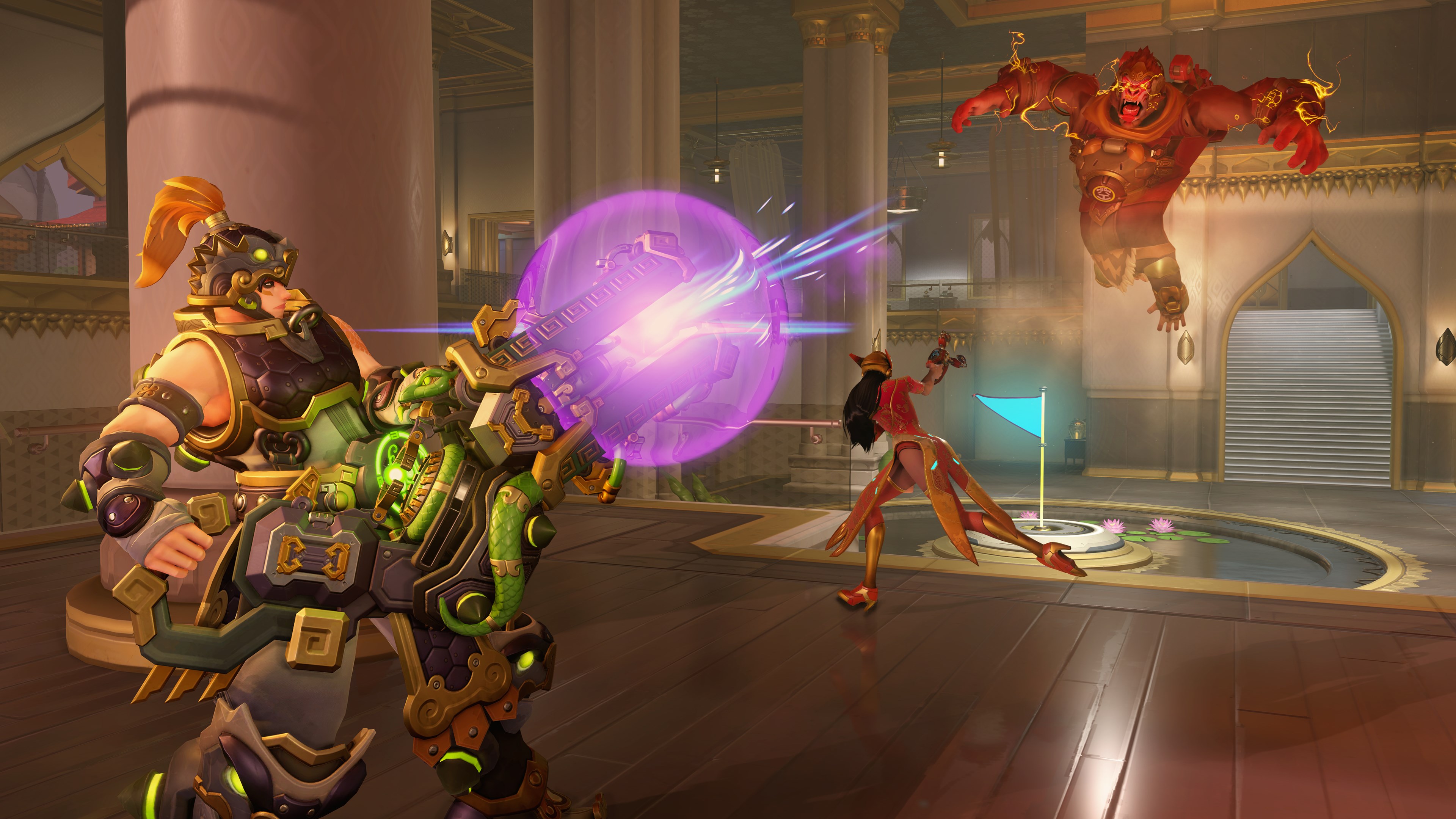 Today must feel like Christmas for tank mains in Overwatch since extensive changes to their favorite heroes have arrived in the game’s new Experimental Mode. Triple Damage is the first experiment to hit Overwatch servers, announced yesterday by game director Jeff Kaplan. The mode allows teams to field three damage dealers, two supports, and only one tank. To make the mode more balanced, off-tanks and tanks were given a host of fun updates.

As revealed in the patch notes and Kaplan’s Developer Update, the changes to off-tanks and tanks won’t affect standard Overwatch whatsoever. None of these changes apply to competitive mode, quick play, or arcade modes.

Overall, the balance changes for Triple Damage, also known as 3-2-1, give tanks more survivability and fewer cooldowns on abilities. Off-tanks, especially Roadhog and Zarya, have been given the most extensive changes to allow them the freedom to operate as a solo tank.

These changes make D.Va more able to absorb incoming damage and ultimates with her Defense Matrix. She’s still a mobile hero thanks to the reduction in movement penalty while she shoots. The armor to health ratio adjustment is something players will notice in many Experimental Mode tank changes. While it doesn’t affect the full health of any hero, it changes how armor is depleted and renewed as the game goes on.

Roadhog may be a one-man apocalypse, but now he’s also a one-man tanking machine. While his primary fire and ultimate received a pretty substantial nerf, he’s now able to heal allies and reduce their chance of dying from incoming damage. This new ability, combined with his hook cooldown, means that teams with a Roadhog should be prioritizing movement as one terrifying unit.

Zarya has basically been turned into a barrier machine. Most of her changes are minimal, with minor damage reduction and cooldown adjustments. The biggest alteration is in her allied Particle Barrier, which now creates barriers on all allies near a target instead of protecting only one target. This will allow Zarya to protect her entire team and farm energy easily.

Orisa’s changes are reversions of balance changes she’s experienced on the live servers. These Experimental Mode changes make her stronger as a main tank and allow her to better protect teams with her barrier shield.

Reinhardt manages well as a solo tank and always has. In the days before role queue, he was the go-to choice to protect entire teams. These minor changes give him a bit more armor to work with and make him more able to deal damage alongside his team.

Much like Orisa, Sigma’s changes are reversions of balance updates on the live servers. His barrier gets a huge bump in health and will regenerate at a higher rate to better protect allies.

Our favorite scientist gets a minor health improvement, making him harder to take down when he’s acting as a solo tank. With the big reduction in cooldown on his “bubble,” he’ll be able to use it more often to shield teammates.

Experimental Mode launched today as a part of a large Overwatch update, which also included the Ashe Mardi Gras challenge. Players can earn wins within Experimental Mode that can go toward the number required to unlock an epic skin for Ashe.