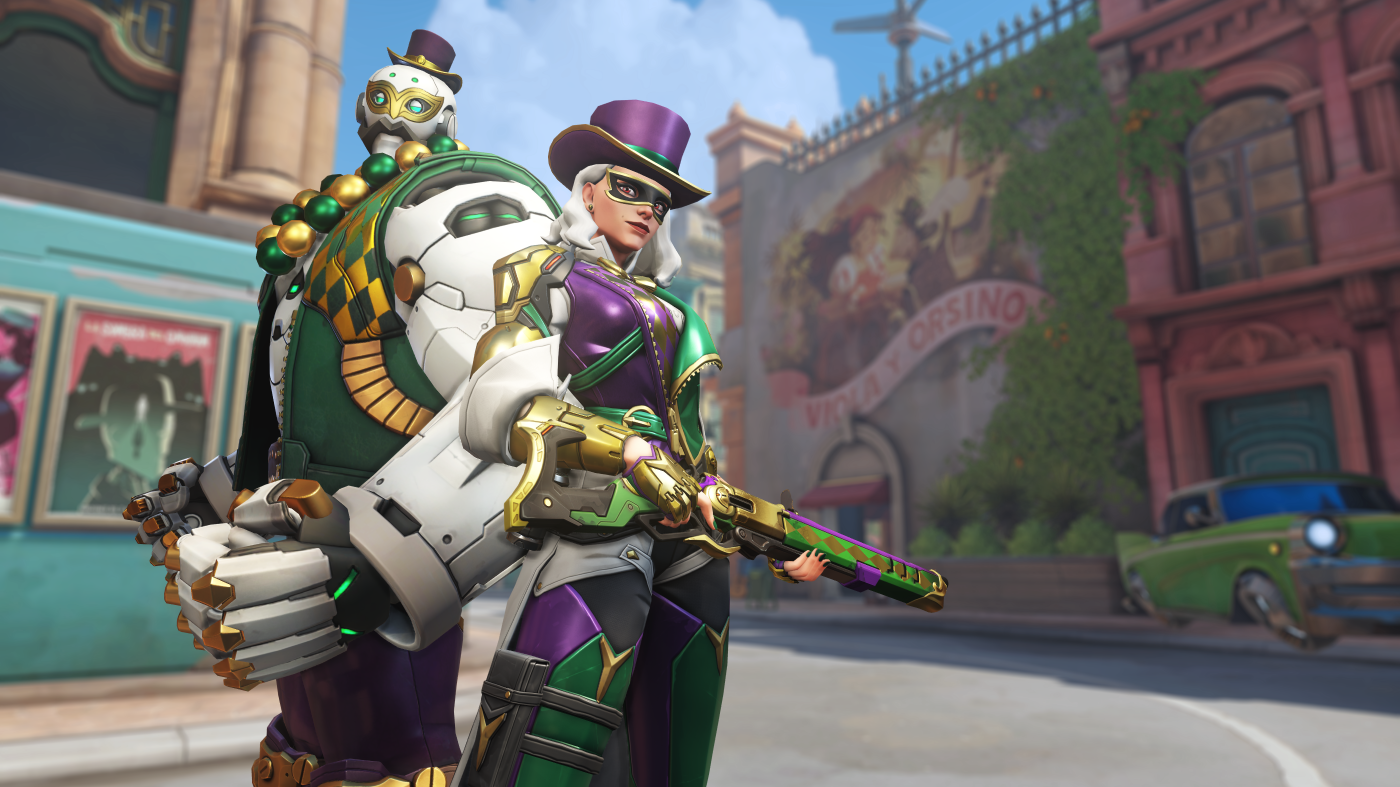 Mardi Gras is just around the corner and Ashe is ready to celebrate. From Feb. 25 to March 9, Overwatch players can earn an Epic skin for the sharpshooter and her trusty omnic butler during the Ashe Mardi Gras Challenge. Players will have to win nine games of Overwatch over a two-week period to unlock player icons, an exclusive spray, and the festive skin.

Ashe, a former socialite turned Deadlock Gang leader, is known for her dramatic flair and intricate outfits. The new Mardis Gras skin fits her aesthetic and features green, purple, and gold highlights throughout with the addition of a masquerade mask.

As dramatic as Ashe is, she’s once again overshadowed by her omnic butler, Bob. He gets a festive green vest, his own mask, and a huge beaded necklace to celebrate the occasion. We aren’t entirely sure how he earned those beads, but it was probably a good time.

Players can also earn additional exclusive sprays by watching Overwatch streamers on Twitch until March 9. Every two hours of viewership, up to six hours, will unlock more sprays of Ashe and Bob taking part in Mardi Gras festivities. Viewers must have their Twitch account connected to their Battle.net account to earn rewards. Watching any stream under the Overwatch game tag on Twitch will count toward the exclusive sprays.

All of these new features launch today, Feb. 25.