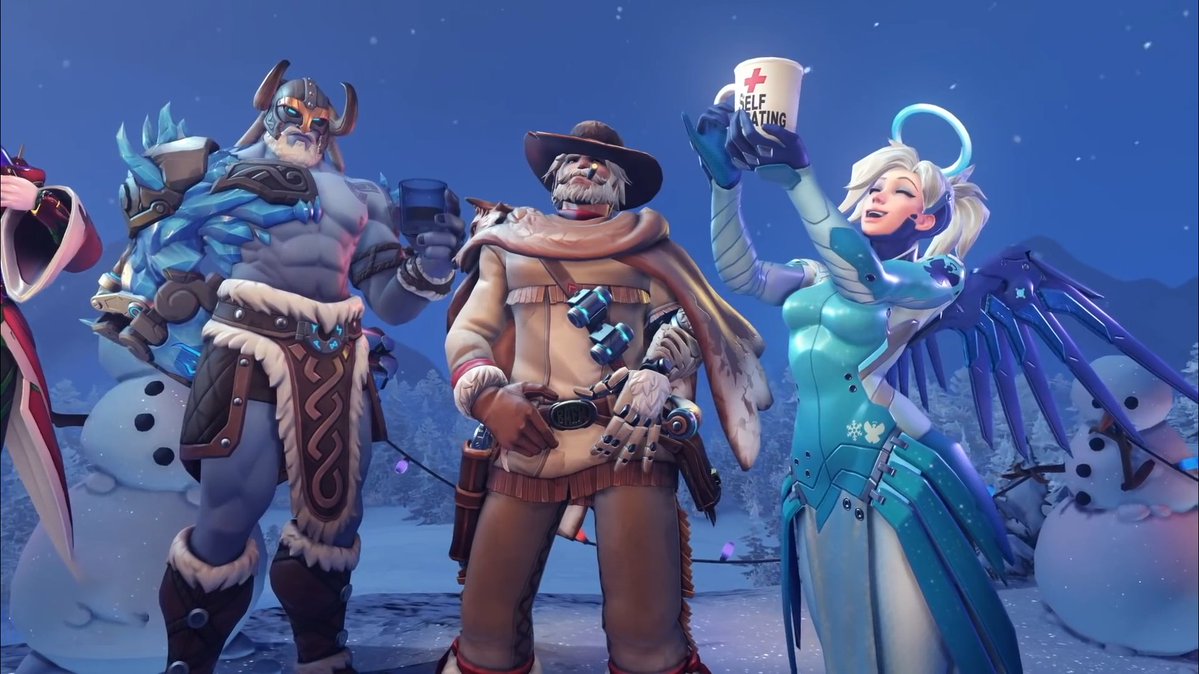 Christmas has come a little early for Overwatch fans.

One of Blizzard’s Winter Wonderland 2019 announcement trailers was leaked on Twitter today. The video displays all the skins that are coming with the event and announces weekly mini-events for epic skins, similar to this year’s Halloween Terror.

The video showcases skins for Doomfist, Sigma, Reaper, McCree, Soldier: 76, Moira, and Mercy. Sigma’s was already revealed yesterday, but the leak gives us a first look at the rest of the visuals.

Doomfist is getting a new Viking-themed skin. He’s clad in Viking armor with a horned helm and his gauntlet is turned into ice. McCree’s visual turns his beard white and dresses him in old-time winter gear, complete with a wolf pelt for a cape.

Reaper’s skin places him as the maleficent Mouse King in the tale of The Nutcracker, one of three skins inspired by the famous ballet. Zenyatta’s Nutcracker and Mercy’s Sugar Plum Fairy also allude to important characters in the story.

Soldier: 76, Moira, and Mercy’s skins can be obtained as part of weekly mini-events. Players unlock new rewards every three wins in selected game modes and the ninth victory unlocks the epic skin for each.

Soldier’s skin shows the character with a Christmas-themed sweater in black, red, and green, complete with a knit Pachimari. Moira’s new visual changes her color palette to rose and green, while Mercy’s cosmetic recolors her armor to an icy shade of blue and gives her a traditional halo to match.

There are likely more items not shown in the video, such as the leaked Wrecking Ball emote, but players might have to wait until the official event’s release to see them.  The holiday-themed event is scheduled to go live later today alongside the game-changing Patch 1.43. The new update will nerf the efficiency of shields as a response to the double-shield meta. It’ll also bring the “While You Wait” feature, which allows players to engage in game modes while in matchmaking queues.