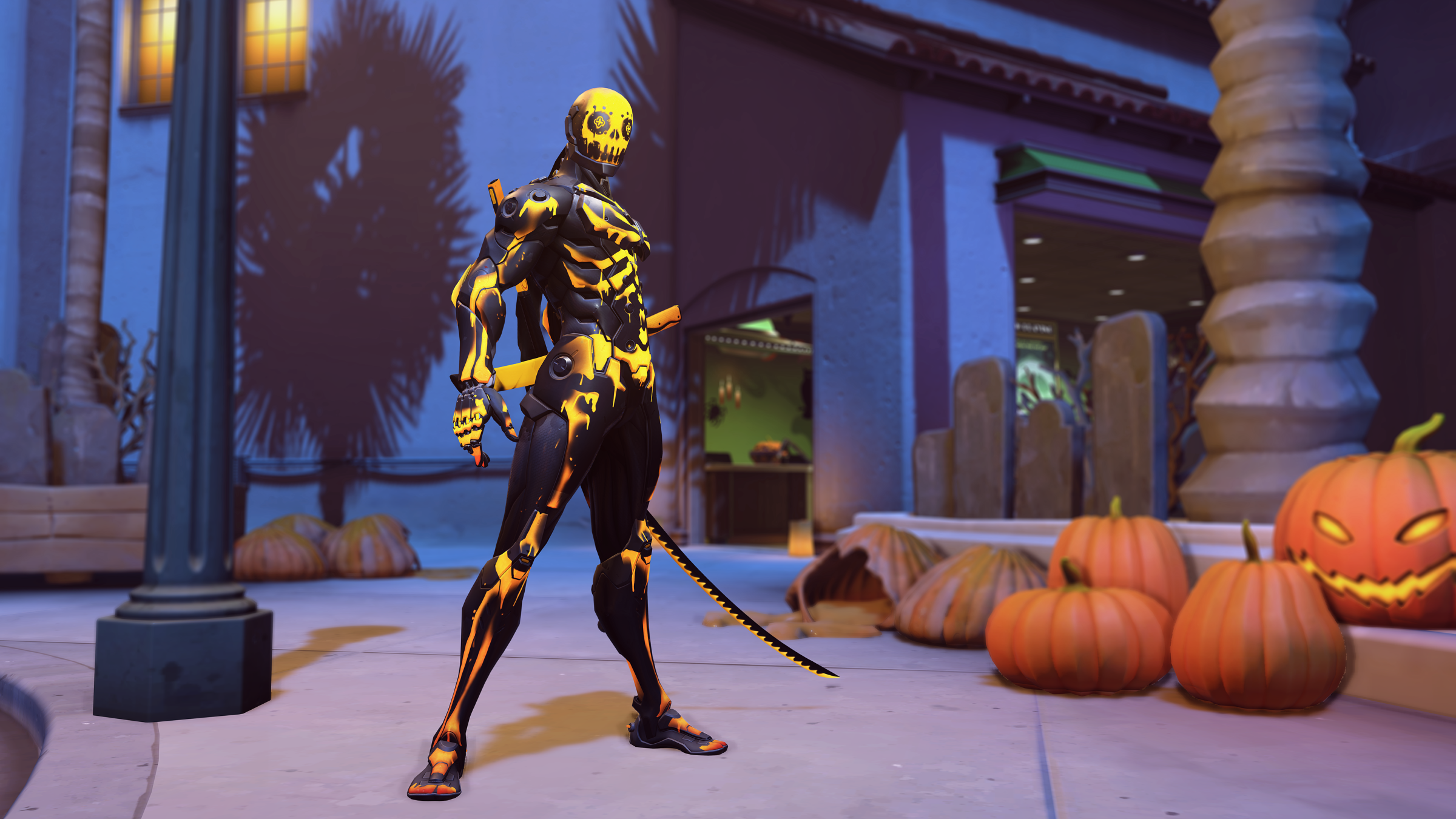 This time of year, something is finally spookier in Overwatch than a teammate who refuses to play anything but Bastion.

The game’s 2021 Halloween Terror event is now live and runs from Oct. 12 to Nov. 2, giving players three weeks to unlock eight new skins and tons of cosmetics. Junkenstein’s Revenge, one of the game’s most classic PvE experiences, will also return with all of its challenge modes.

During the event, players can unlock five new Legendary skins, including Vampire Hunter Brigitte and, fittingly, Vampire Bat Echo. Three Epic skins will also be up for grabs in weekly challenges, starting with Skeleton Genji during week one.

Players can unlock the challenge skins each week by playing or winning games of Overwatch in quick play, arcade, or competitive mode. Two points are allotted per win and one per play. At nine points, a spray is unlocked. A new player icon opens up at 18 points, and at 27 points, that shiny new Epic skin is yours.

Junkenstein’s Revenge is an Overwatch classic and can be played throughout the full three weeks of the event. Destroy the zomnics (zombie omnics) before they reach the castle doors and take out the many creations and powerful allies of the evil Dr. Junkenstein. Challenge modes, like Shocking Surprise with electric zomnics, will be live throughout the event.

Multiple maps will also go dark and spooky during the event’s duration. Eichenwalde heads into night mode, turning into a foggy, haunted castle while Hollywood gets decked out for the season with pumpkins and hay bales.

Get all the new cosmetics and enjoy a little bit of terror from Oct. 12 to Nov. 2.