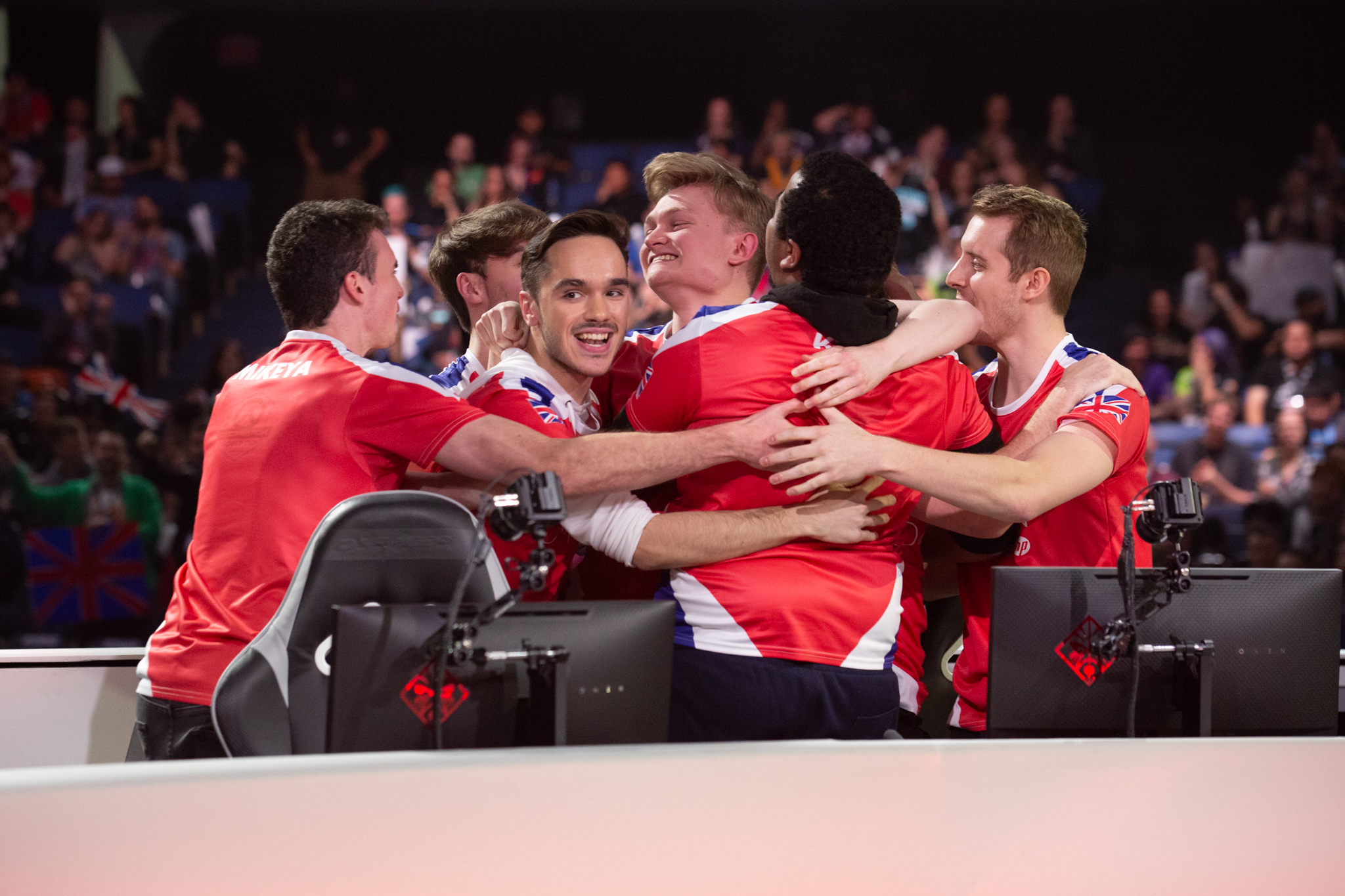 The Brits are back at it again for the 2019 Overwatch World Cup.

After winning a few surprising matches at last year’s competition, Team United Kingdom is sticking with what they know works. This year, they’re hoping to disrupt the status quo once again.

This year’s British roster is relatively unchanged from the 2018 iteration. FunnyAstro steps in as a main support option for the team after being signed to the Philadelphia Fusion for the 2020 Overwatch League season. He’s joined by teammate Boombox and Kruise of the Paris Eternal. Boombox and Kruise ran amok in 2018 during the triple-triple meta. Additionally, Kruise is one of the few players who will have participated in every Overwatch World Cup thus far.

Fusions and Smex team up for the second year to create a formidable tank duo. With his time in the Overwatch League, Fusions has likely learned more tricks that he can use during the World Cup. Other Overwatch League talent joins the team with Kyb offering his flex DPS talents to Team United Kingdom once again. KSP’s hitscan talent served XL2 Academy well in North American Overwatch Contenders as well as the Gauntlet.

For a team that didn’t qualify for the first Overwatch World Cup in 2016, Team United Kingdom have made huge strides. They made it to BlizzCon in 2017 only to be defeated by a powerful Team Sweden in the quarterfinals.

But 2018 was an extremely impressive year for the British squad. They got an upset win against the United States in the quarterfinals and pushed South Korea to a draw map in the semifinals. While the U.K. team later fell to Team Canada, narrowly missing the third-place trophy, their success may be repeated this year.

Considering the results last year, it’s not wise to underestimate Team United Kingdom. While some of the players are unproven or have spent the year on mid-tier Overwatch League squads, the team’s coordination is top-notch. With shotcallers like Kruise, Boombox, and Fusions all on the same team, the opportunity for leadership and direction is second to none.

United Kingdom have to lean heavily on that coordination to get ahead. They succeeded in the triple-triple meta because of their ability to outsmart enemy teams, not outperform them. In the 2-2-2 meta, their DPS may fall short in comparison to more successful teams. U.K.’s goal should be to out-analyze their opponents on the fly and use their intelligence as the ultimate weapon.