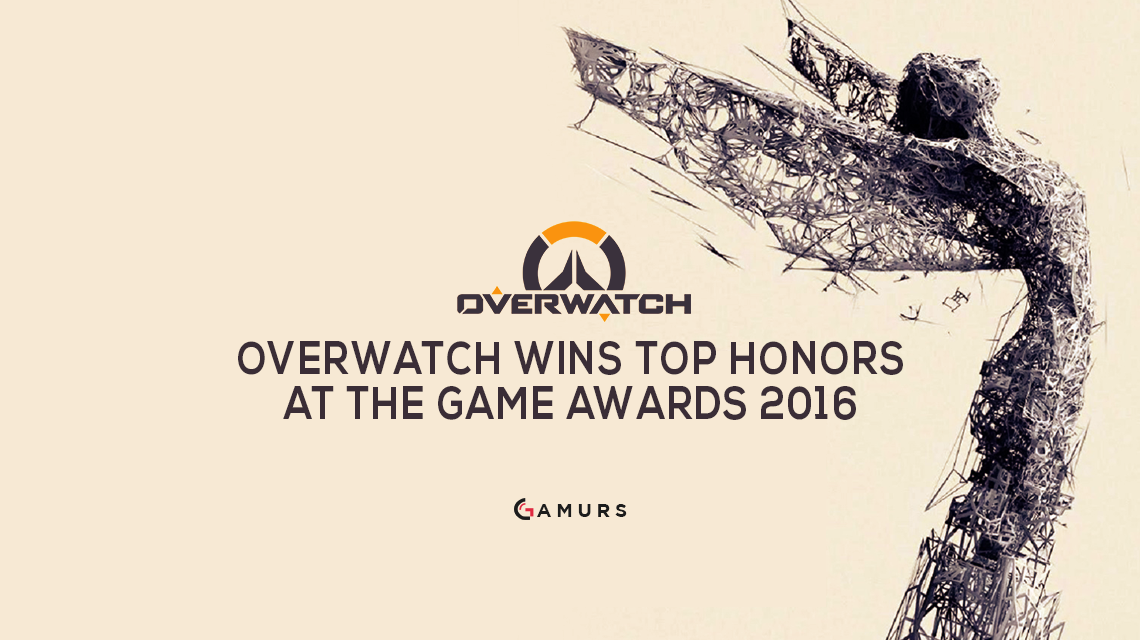 2016 is closing out in a big way for Blizzard‘s hero shooter, Overwatch, after it cleaned up at The Game Awards last night. This year’s iteration of the closest thing to the gaming industry’s version of the Oscars saw the game win four awards, including the biggest of them all, 2016’s Game of the Year.

Overwatch also won Best Esports Game, Best Multiplayer Game and Best Game Direction, making it the winningest title of them all at this year’s show. For Game of the Year, Overwatch beat out Titanfall 2, Doom, Inside, and Uncharted 4: A Thief’s End.

And here’s your #TheGameAwards 2016 Game of the Year winner! pic.twitter.com/lUz1WYyGPq

GAMURS would like to congratulate Blizzard and the Overwatch team for all of the game’s early success and its huge potential as the next big esport.

Do you agree that Overwatch is 2016’s Game of the Year? Let us know in the comments below and follow @GAMURScom on Twitter for further esports coverage.