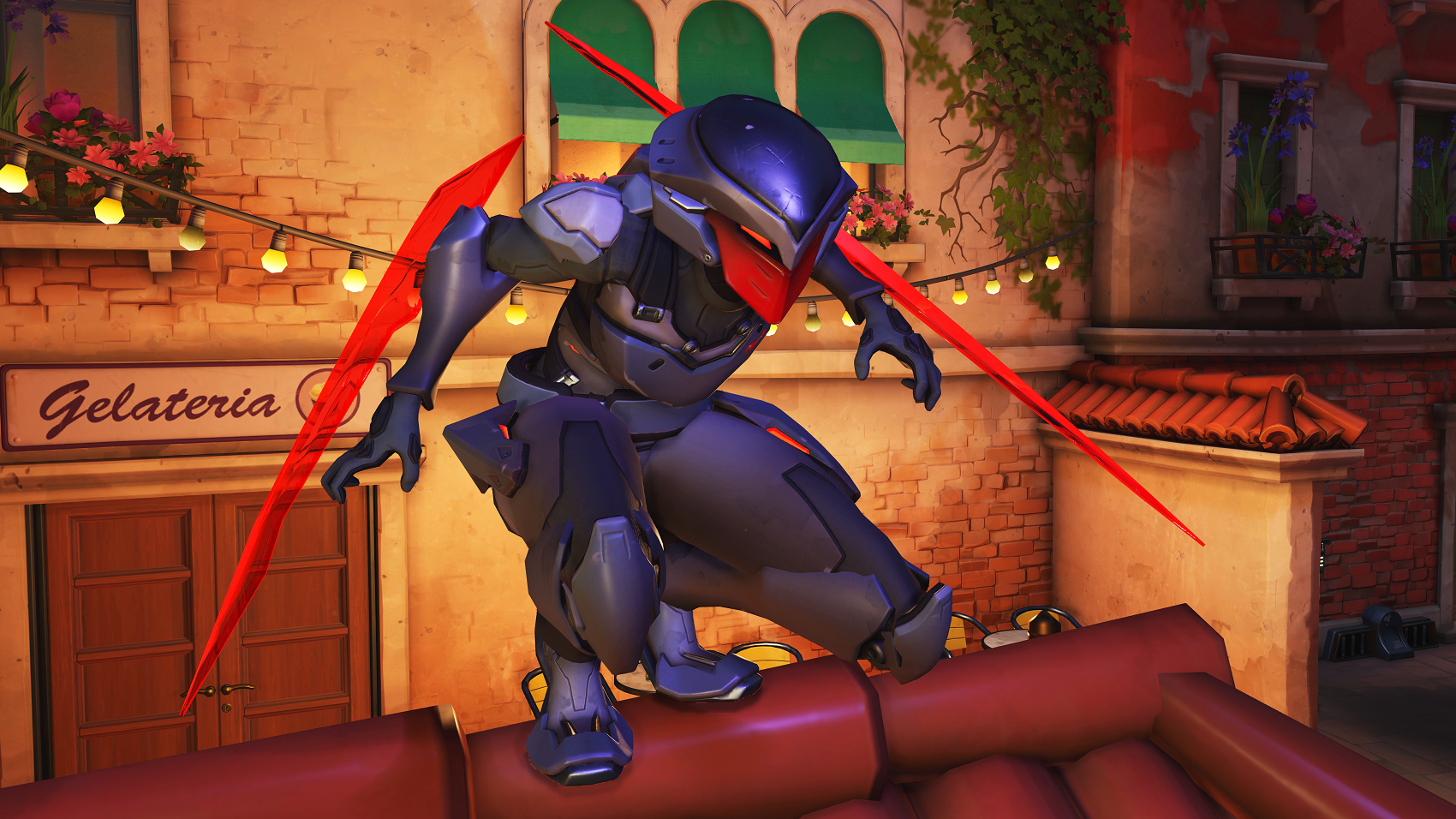 She leaves only a red trail when she darts from wall to wall. Overwatch Retribution’s brutal Talon Assassin is quick, darting from surface to surface in an attempt to surprise Blackwatch’s strike team.

Her grunts and screams elicit fear from Overwatch Retribution’s Blackwatch players; their focus glitches in and out as they search for the Talon executioner. It’s a level of fear and uncertainty that Blizzard was going for in creating the new enemy, according to Overwatch Retribution lead designer Adrian Finol. Finol penned a retrospective on the latest Overwatch brawl for Variety where he described the mode’s creation.

Related: Genji tells his side of the story in this Overwatch Retribution lore clip

“Take the Talon assassin we built for Retribution,” Finol wrote for Variety. “We wanted to make an enemy who was scary, distracting, and disorienting. We decided to make a character that jumps quickly and forces you to constantly look around everywhere, just like in a horror movie.”

Finol continued: “Then, when she jumps off the wall, she chases you down… and if she catches you, she pins you to the ground as you watch her stab you in the face.”

The way the assassin moves and tracks her enemies is something Blizzard needed to work out while designing the new Talon character, Finol wrote. “You wouldn’t look at the assassin and think it’s being controlled by a sentient being—and that’s OK,” he added.

Blizzard expanded on the nature of Talon’s army in a lore drop released on April 24. The Overwatch team revealed, as many had expected, that Talon’s army includes a number of genetically enhanced beings, some with cybernetic augmentation. And you know what? That’s scary.