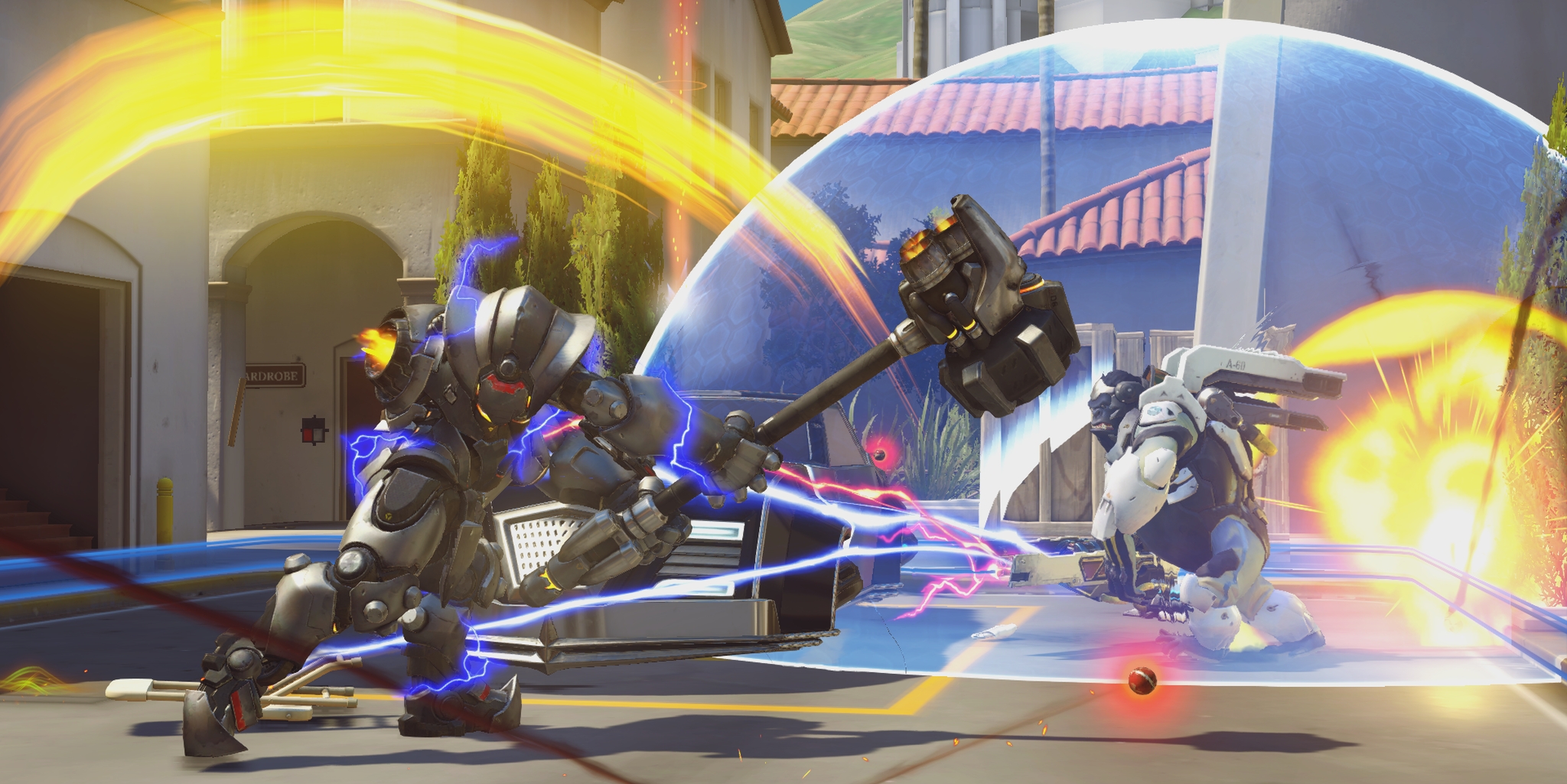 The Play of the Game mechanic is one of the best things about Overwatch. Sure, some of them are boring, but at its best it synthesizes a crucial moment in the match and holds up a certain player as a spotlight MVP. That’s fun, and more games should do it. The more we dress up esports with conventional broadcasting tropes, the more they can translate to general audiences.

The Play of the Game, however, can also capture certain Overwatch characters in some strange, dumb, or otherwise unique situations. These are my favorite, because reveal all the weird random nonsense that happens in multiplayer games in some unflattering ways. Below, we’ve gathered some uncomplimentary Plays of the Game from each selectable character. Yeah that’s right, we were even able to dig up an Ana highlight. Thank us later.

This is a perfect example of the fun and interactive gameplay Torbjorn offers. Seriously, can we please stop building turret-oriented characters in first-person shooters? Please?

Pro Widowmaker strat: Get everyone on the other team to stand in a straight line.

I like to imagine Mei was trying to pull a sick play and block McCree’s ultimate with her ice wall, immediately realized her mistake, and uninstalled the game forever.

Does it still count as spawn camping if it happens, like, before the game even starts? For a pacifist hippy robot, Bastion sure is a bully.

This is a sick play, but I mostly like it because it’s good to watch Hanzo fall off a cliff over and over again.

Reinhardt wanted Pharah to get that Play of the Game so bad he jumped off a cliff in front of her rocket to secure it. That’s a true team player.

A teabag and an out-of-nowhere Death Blossom? This Reaper Play of the Game absolutely embodies the emotional maturity of your average Reaper main.

I feel like there’s a Bible story about this somewhere.

Who says Reinhardt doesn’t have mobility?

For a super cool easygoing DJ, Lucio does tend to drop a lot of people to their doom. “Let’s break it down! And by down I mean the bottom of this pit. Sorry!”

Junkrat is listed as a “defensive” hero, because sometimes his best moments come from dying in a very convenient place.

Roadhogg unloading his entire ultimate into a chill-as-hell Zenyatta kinda sums up his whole brand, doesn’t it?

You actually couldn’t tell the difference, could you?

If footage of Mei using her ultimate and subsequently getting five super-casual headshots doesn’t infuriate you, you probably haven’t played enough Overwatch.

Sometimes all you need to turn a terrible ultimate into a clutch team-wipe is a really, really bad Roadhogg.

People make jokes about Bastion Play of the Games consisting of a guy holding down one button. But he ain’t got nothing on Symmetra. This Play of the Game is exactly the same as something Bastion would do, except in slow-motion.

Apparently sometimes all you need to get Play of the Game as Winston is some great hustle.

That’s right, the Overwatch kids have figured out the perfect angle to maximize Tracer’s butt potential during emotes. I wonder how much Blizzard regrets turning the face of the franchise’s posterior into a meme.

One percent of Genji players are legit game-changing forces who are absolutely integral to a competitive team. The other 99 percent rely on dumb luck. At least that dumb luck can be spectacular sometimes, right?

Honestly it’s kind of impossible to get Play of the Game with Ana, except if you’re this guy and have a brief moment of obscene sickness with the double-kill and the Reinhardt stun. Hats off to you, my man.