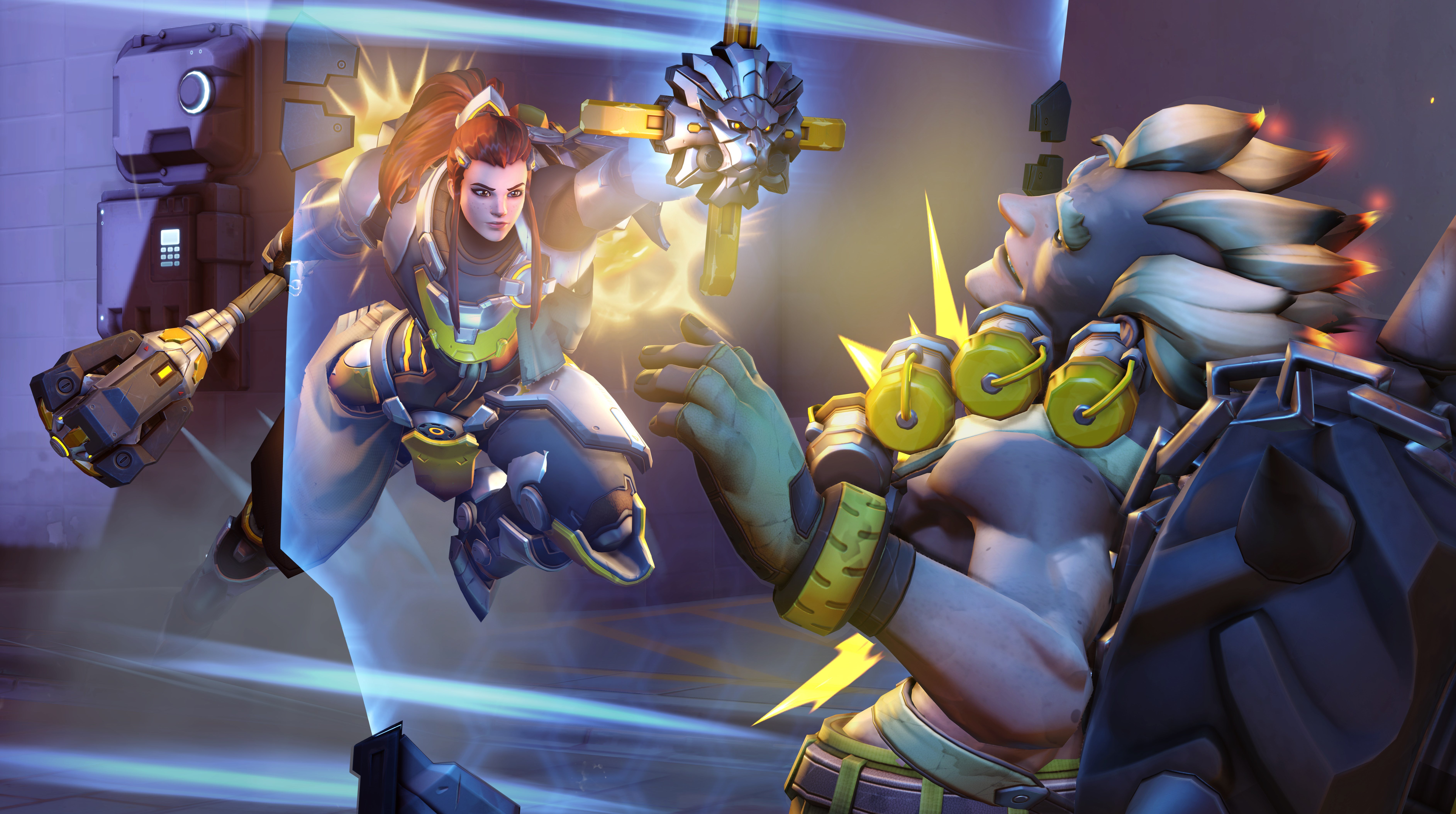 It’s an extremely rare occurrence to see Overwatch get two live updates in the same week, but it seems like the developers wanted to give the community some bonus improvements today.

The Nov. 17 live update added Symmetra’s Restoration Challenge as well as minor changes to Baptiste and Lúcio. Notably absent were the multitude of quality-of-life changes tested in the Nov. 12 Experimental Card. Just when the community was about to riot due to a lack of Brigitte nerfs, the developers swooped in today with this surprise update.

Several support heroes received important changes in this update, including a massive upgrade to Ana’s Biotic Grenade. In addition, damage-dealing heroes will now have the chance to cancel abilities, especially after elimination.

Every Ana player has experienced the unique heartbreak of having a well-placed Biotic Grenade intercepted by a fully-healed Reinhardt. With this update, those days are far behind us. The Biotic Grenade will now soar through allies if they’re at full health, allowing Ana players to safely throw grenades at the enemy team exactly as they intended. “Having [the Biotic Grenade] collide with allies in the same manner as Ana’s primary fire will enable more deliberate placement of the ability,” the developers said.

That sound you hear is the blissful silence of the Overwatch community now that Brigitte’s health has been nerfed. After a buff in a recent live patch, Brigitte’s increased health enabled the return of double shield meta with Sigma and Orisa at the helm. This is one of the Overwatch community’s least favorite team compositions and complaining ensued. Knocking Brigitte’s health back down to a reasonable number should allow different metas to succeed in the coming weeks.

“Moira could use a small bump in healing efficiency after recent changes made maintaining her high healing output more challenging,” the developers said about this change. Long considered one of the highest-output healers in the game, nerfs have certainly made it harder for Moira players to consistently keep a team alive. This minor buff should make that task a bit easier.

In this update, players are now allowed to destroy misplaced abilities, like Torbjörn’s turret, if eliminated to avoid inconveniencing teammates. All of these changes were tested in last week’s Experimental Card and went through to the live servers. One notable exception is Pharah’s movement buff, which allowed her to crouch and fly downward.

These changes are now live on all Overwatch platforms and can be found in every mode, including competitive play.