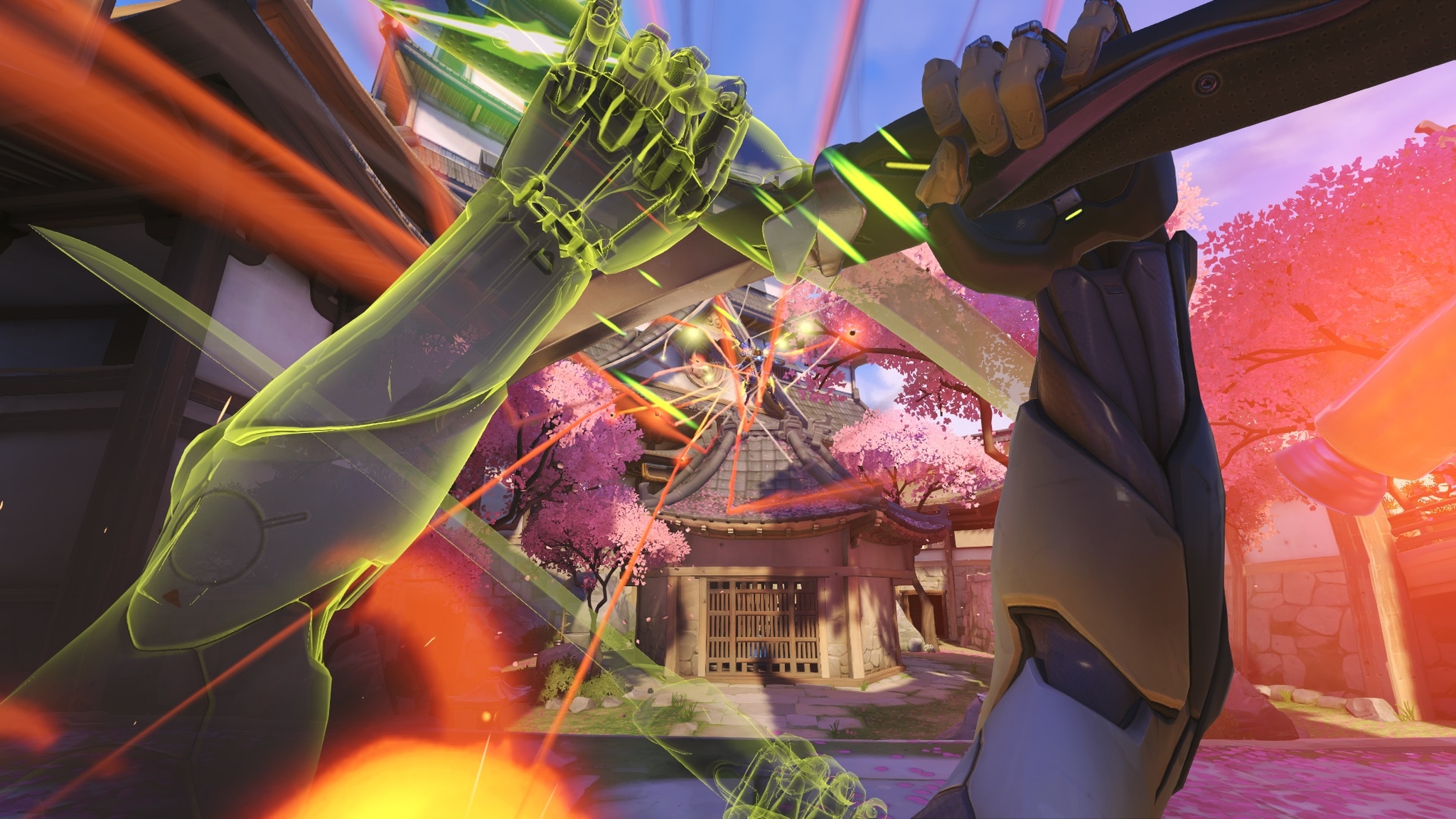 Many Overwatch players noticed a change in their netgraph on Thursday night, it looked like the rate at which the server sent updates to the client was increased. Blizzard confirmed yesterday that they’ve begun rolling out high bandwidth server technology, increasing the server’s tic rate, the rate at which it updates clients, from 21 updates per second to 63 updates per second.

Netcode is incredibly complicated but incredibly important to user experience in a first-person shooter, and the rate at which the server updates the client with the server’s version of the game world has wide-ranging consequences. The version of events on a player’s game client doesn’t necessarily match up with what happens on the server, thanks to the time it takes information to travel over a network. A faster update rate means a client will see a more accurate version of what’s actually happening in the server’s game world.

At Overwatch’s release, it’s 21 tic rate was much maligned. Competitive and professional players live in the margins where milliseconds make the difference between scoring a key kill and winning a team fight or hitting that Zenyatta ultimate just in time to save yourself and your entire team. Overwatch’s low tic rate often lead to situations where reactionary play felt like a coin flip because the action on the player’s screen was outdated.

Everyone who has played Overwatch has been frustrated by a death cam where some McCree shot you in the face when you felt like you’d already spent a second sitting around a corner, safe from incoming fire.

Simultaneous kills between Widowmaker players, whose sniper rifle is a hitscan weapon, meaning it deals its damage on the same tic the player hits the trigger, were perhaps uncommon, but not rare. During the closed beta Blizzard stated they made an “aesthetic” choice to allow those simultaneous frags in the case where both players fired on the same tic despite how frustrating it felt for players, who both felt they shot first thanks to the wonders of netcode.

This famous image shows the difference between a 20 tic rate and 128 tic rate in Counter-Strike.

You can see the vast difference. In games like Overwatch and Counter-Strike, where one headshot can win an entire round or checkpoint, receiving accurate position data is incredibly important.

So Blizzard’s update from 21 tic rate to 63 tic rate is certainly a welcome one. It should eliminate many of the frustrating cases where it feels like you dodged that rocket or icicle but got hit anyway, or where you got that Genji dash to safety off on your screen but ended up dead where you started. The better update rate will allow for more reactionary play from players with the reflexes to pull it off, hitting Genji’s deflect just in time to turn that McCree stun back into his face.

Blizzard has tested the functionality in Custom Games, where they added a high bandwidth server option in the beta. They now feel the functionality is ready, and will soon be implemented in not only Competitive Play, but Quick Play as well by default. In cases where a client’s internet connection or hardware can’t keep up with the faster rate, the game should automatically scale the update rate to a better fit. In the future, clients will be able to limit their update rate manually.

The update is only being introduced on PC right now, but should come to consoles eventually.

Overall, it’s a great change. Overwatch should now feel more responsive for the vast majority of players, and the highest skill players will now be able to better show their talents. But it’s also a first step; after all, even higher update rates will make the game even more responsive. In Counter-Strike: Global Offensive, matchmaking servers run at 64 tic rate, yet the competitive community plays most matches on 128 tic servers, and believe it makes a sizable difference in the gameplay experience, making the competition more fair. But, many uses do not have the processing power to run games at 128 frames per second, which would be required to process that higher update rate. So pushing the rate higher for the Competitive Play queue in Overwatch is probably unlikely, but the competitive scene certainly wouldn’t complain if, now that work on their “High Bandwidth” servers are complete, they work on some “Even Higher Bandwidth” ones, at least for Custom Games.

Either way, it’s a welcome change and it’s great to see Blizzard addressing some of the competitive community’s biggest issues with what is quickly becoming one of the hottest esports games.