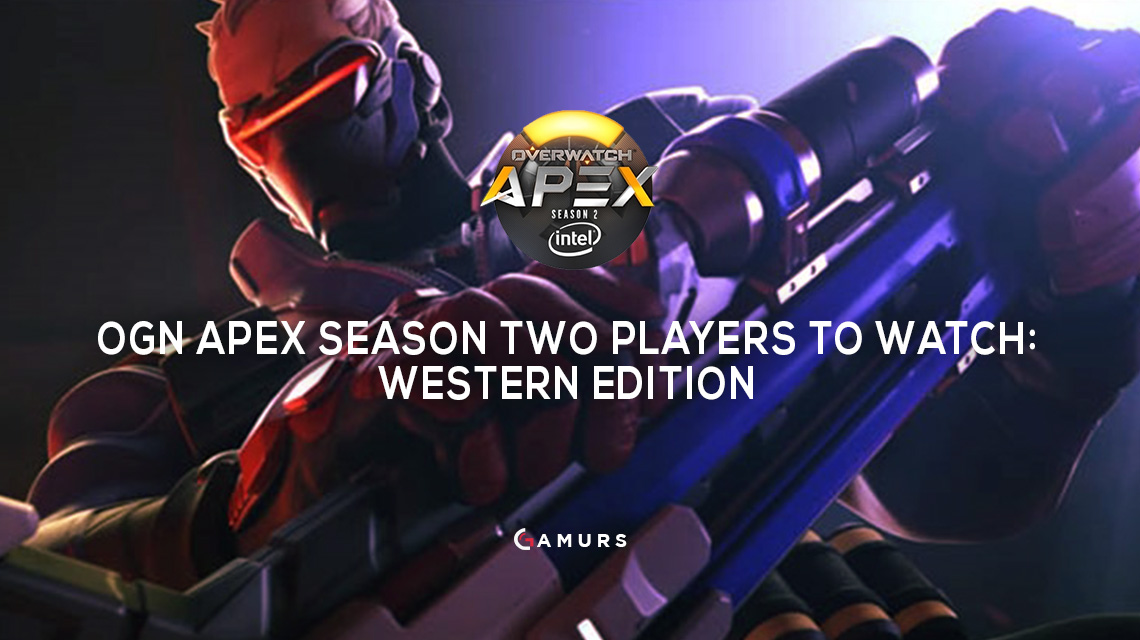 With the return of the Apex league later this month, Overwatch fans around the globe are once again privileged to be exposed to the legendary productions of OGN. The majority of teams are returning from last season stocked with players we are familiar with. However, we know there will be three new Korean teams and three new western teams.

Cloud9 (C9) has been struggling to find results against top tier teams for quite some time. In November, they went on a tear in online cups, taking three titles in which they repeatedly took down other second tier teams, such as Immortals, Team Liquid, and FaZe Clan. C9 was looking to prove they were ready to now be a consistent top tier North American roster, and their chance came at MLG Vegas.

C9 was still unproven at LAN events and MLG Vegas was shaping up to be their chance to change that. Their recent results looked promising and they were placed in a group without Team EnVyUs or Fnatic. Their results in the group stages were good enough to make the bracket stage, but were not particularly impressive. They fell to FaZe, which was acceptable, but their only wins were taken from NRG.

Unfortunately for C9, they were immediately placed against EnVyUs in the first round of the bracket stage, which sealed their fate. Once again, C9 was unable to maintain their performance once they met a world class opponent and got crushed. Against nV, they were only able to capture a single point over three maps, leaving no doubt about who the stronger squad was.

And now C9 finds themselves in Apex in a group that’s no joke. If Cloud9 wants to exit groups, they will need to manage a winning record against Conbox, Afreeca Blue, and Kongdoo Uncia. Afreeca Blue was a season one finalist, Uncia made a deep playoff run, and Conbox arguably deserved a playoffs spot but was robbed by the group of death.

Cloud9 is a team famous for inconsistency, and if they want to succeed in a league format which takes place over an extended period of time, they will need to find some consistency. This brings us to arguably C9’s most consistent performer and our player to watch, Surefour.

It may seem obvious to pick Surefour when talking about C9, but especially in the group he finds himself in, he will be facing some stiff competition with the other DPS players. Arhan, Birdring, and Recry will all be competing with Surefour. And it won’t be easy for Surefour to outplay them either, with tanks the caliber of Panker and Gamsu in the group.

This is all to say that Surefour and C9 won’t be able to take wins due to their skill alone. They are going to have to get creative. Fortunately, creativity and versatility are two assets that Surefour brings to the table.

His versatility gives Cloud9 strategic options that not all teams can match. Especially considering the meta changes that the current PBE changes may bring about, his ability to play so many heroes will be critical to adapting for the later stages of Apex.

Surefour’s versatility and consistent performance make him a strong and necessary backbone for Cloud9. If he can continue to perform in a new league environment, then C9 may have a chance to make a deep tournament run. But if even Surefour begins to crack, C9 has few redeeming factors to their play and will likely fall out in groups. Because of these factors, Surefour is my player to watch.

Fnatic’s recent storyline is finally changing for the better. After the departure of Iddqd from the roster, the question on everyone’s mind was how would Fnatic perform without their star carry. His replacement was to be Hafficool, a former Team Fortress 2 star turned Overwatch pro. Initially brought on for a trial period, he obviously impressed Fnatic, as just yesterday, he was signed on full-time.

With Hafficool on the roster, their results have been better than many would have guessed. Taking down NiP at DreamHack Winter, partially due to their refusal to play Dva in the semifinals, they were just one map shy of taking the entire event. At MLG Vegas, they exited groups just behind EnVyUs, only to narrowly fall to FaZe in the semifinals.

Across both events, Fnatic has begun to make a name for themselves as a powerful defensive team, often preventing teams from capturing even a single point and making miracle comebacks to save the map, even against top teams like EnVyUs. But where Fnatic really begins to struggle is on their offense. Against nV, they struggled against Internethulk’s Symmetra defense. When they faced NiP, they struggled to break through the aggressive defensive holds.

Before joining Fnatic, Hafficool was a DPS player for a team called Ninjas with Attitude. On that roster, he was known for his Genji and McCree. But now he finds himself on nearly full-time Dva duty, certainly a deviation from his past play. In my eyes, he has been fairly hot and cold during his time on Dva, which is why he is my player to watch.

Despite playing a tank, Hafficool is no stranger to popping up in the killfeed, perhaps a little too often, and this is where I’m going to point to where I think Hafficool can grow. For example, when facing nV at MLG Vegas, there were chances for Hafficool to use Defense Matrix in Harryhook’s face to prevent the 76 damage output. Instead, he opted for firing at Harry in an effort to bring him down. All it took was for Harry to put down his Biotic Field and he was able to continue firing at Fnatic with a Nano Boost empowered Tac Visor.

Against FaZe, who is such a Shadowburn focused team, it does fall to the Dva player to chase him around and shut him down. Especially when Shadowburn opts for his Genji, the Dva player has the tools to follow that Genji player. Instead of Hafficool pursuing Shadowburn, Fnatic often left it to Stoop’s Earthshatter or Custa’s Sleep Dart. To be fair, this was a mostly reliable strategy, but when it went poorly, it went awfully and Shadowburn would run rampant through Fantic.

I have no qualms with Hafficool’s offensive play, especially on Pharah, where he excels, and even on Dva, as his Self Destruct often finds great value. But especially in this meta, where Dva is responsible of shutting down the enemy DPS, it is important for Hafficool to play to protect his team a bit more.

Especially on Fnatic, that secondary tank role that Hafficool often fills is extra important. Specifically, if Custa returns to his excellent but vulnerable Zenyatta pick, then the Discord Orb means there is more than ample damage for Fnatic and Hafficool can put more emphasis on defensive play. Even if Custa sticks with Ana, Hafficool playing with a defensive mindset would open up room for Buds and Coolmatt on their offensive tanks. This space is critical to improving their offensive sides by giving Fnatic opening opportunities to work around their foe’s defenses.

I think it is in Hafficool’s hands to open up space for the other carries of Fnatic to do their work. In their Apex group, Fnatic has a real chance at making playoffs, as they only need to defeat Flash Lux and one of Panthera or Runaway. But Panthera and Runaway are no joke, and we’ll need to see improved offensive sides from Fnatic to take series against the Korean teams. If Hafficool can change up from his very offensive style, then Fnatic has a solid shot at playoffs, so he is my player to watch.

While Misfits is new to Apex, two members of their roster are not. After the great European roster shuffle, both Reinforce and Tviq from Rogue now find themselves on the all-Swedish Misfits. So far, this roster’s only results were getting taken down 3-0 by Lunatic-Hai at IEM Gyeonggi. Losing to Lunatic-Hai is not shameful in the first place, especially for a roster that had been formed just 11 days prior to the event.

I refuse to hold their IEM results against them because the roster was brand new, so I only am looking forward. Their road ahead is going to be an incredibly difficult one, however, as they find themselves in the group of death. Once again, they have to face down Lunaitc-Hai, an LW Blue roster that now features Flow3r, formerly known as Nanohana, and Afreeca Red, who has long been held as a top Korean team.

Despite the stacked roster that Misfits has, their Apex campaign will not be easy. The public knows basically nothing about how their practice has been going, which makes it incredibly difficult to gauge how they will do. Instead, we need to look at the individual players and what they bring to the table. It is a new roster who will be trying to figure out their identity, which is why Reinforce is my player to watch.

I have actually not selected Reinforce for his in-game capabilities. That isn’t to say he isn’t a great Reinhardt player, but I think for the purpose of building a new roster and determining their playstyle, he is a fantastic player to have. In the case of this new Misfits roster, so many players have such flexible hero pools and may not yet have their roles figured out within a team.

For example, Nevix might find himself in a support position despite formerly being a DPS player. With this sort of uncertainty taking place in the roster, Reinforce is in a position to be the stable point for the team. Not only is his position easily determined, main tank and Reinhardt one trick, but his past experience on the OGN stage and competing in Korea will be an asset.

Outside of Reinforce and Tviq, none of the Misfits players have any experience competing in Asia. In addition, the former Luminosity players, Manneten and Zave, have very little stage experience, having only played three sets at the Overwatch Open and one at IEM.

Reinforce is a player whose knowledge and experience I seriously respect. Because of his out of game abilities, I believe he could be the tool to help teach and lead Misfits to a successful Apex campaign. Because of this, he is my player to watch.

Who else do you have your eye on from the new Western teams? Comment below or tweet your answer to us @GAMURScom or @GAMURS_OW.