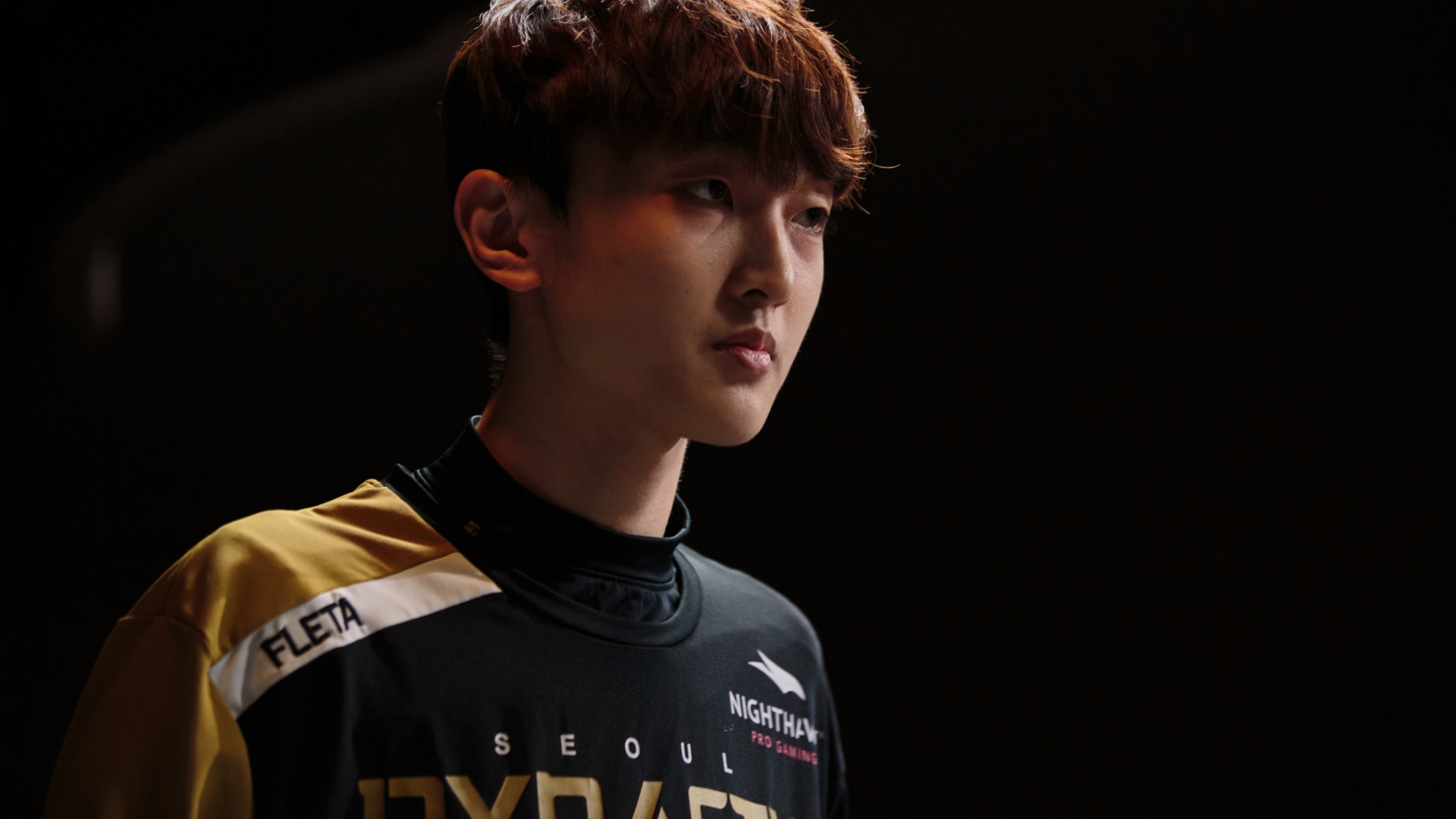 What happens when you take the Overwatch League’s top two teams and make them face off in a rematch? Ask New York Excelsior and Seoul Dynasty fans, who just witnessed one of the most intense series that stage two has to offer yet.

Seoul and New York went up against each other on Wednesday night, and before the game started fans generally believed that the league’s top teams would face a close match. But just like Dynasty and Excelsior’s match-up during stage one, the night ended with a tiebreaker win for New York, a hard-fought victory achieved only after dozens of intense back-and-forth teamfights throughout the night.

The series began with a six-round fight on Hanamura as New York and Seoul went back and forth cutting down each other’s time banks without accomplishing much else. The first game only ended after New York’s Hye-sung “Libero” Kim and Jong-yeol “Saebyeolbe” pulled out a cheese tactic: Playing as Genji and Tracer, the two hid behind the enemy’s frontline and flanked Seoul before the attacking team advanced toward the first capture point. This sowed confusion in Dynasty and gave New York just enough time to prevent Seoul from coordinating a push to the point.

New York and Seoul didn’t win maps by pulling out cheese, of course, and the game was marked by incredible teamwork that pushed both sides to play at their best. Seoul crushed New York on Hollywood, preventing the American team from scoring its first payload capture thanks to intense pressure from both Byung-sun “Fleta” Kim and Sang-beom “Munchkin” Byeon as Widowmaker and Tracer, respectively. Meanwhile, Excelsior’s Saebyeolbe, Libero, and Tae-hong “MekO” Kim held their own on Watchpoint: Gibraltar against Seoul Dynasty on the map’s second round, pushing Seoul back to its spawn when Dynasty was mere meters away from winning the entire series.

In one of the night’s most impressive plays, Je-hong “ryujehong” Ryu even shut down Libero’s Dragonblade by using Zenyatta’s Orb Valley at just the right second, killing Libero and protecting Seoul from an unexpected Genji flank after Watchpoint: Gibraltar’s first payload capture. Fleta and Munchkin shone multiple times throughout the night as well, with Munchkin giving Saebyeolbe quite a challenge as Dynasty’s very own Tracer main.

Compare tonight’s game to New York’s match-up against Boston Uprising earlier this stage, where Excelsior easily came out on top with little to worry about. Or consider when Seoul trounced the Los Angeles Valiant at the start of stage two, thanks to the team’s refined teamwork capabilities. In both cases, New York and Seoul barely faced a challenge, and while both match-ups weren’t necessarily boring, they didn’t push either teams to their limits.

But New York and Seoul’s match-up on Wednesday was different. The game showed Overwatch League fans how intense the Overwatch League can be when two of the best teams out there are playing against one another. Just watch the tiebreaker map’s finale, which shows New York fans cheering with thunderous applause after the team closed its second win against Seoul. It was a tough night for Excelsior, but it was also a reminder for fans worldwide: Great teams give birth to great matches.

As teams like Florida Mayhem and Los Angeles Gladiators continue working out their kinks, expect more matches to mirror the New York and Seoul match-ups: Intense, complex team fights that push each team to their limits when making both macro and micro decisions. And if the rest of the league can catch up to where Seoul and New York are taking the game, then the Overwatch esports community will have plenty of incentive to keep watching the Overwatch League for seasons to come.