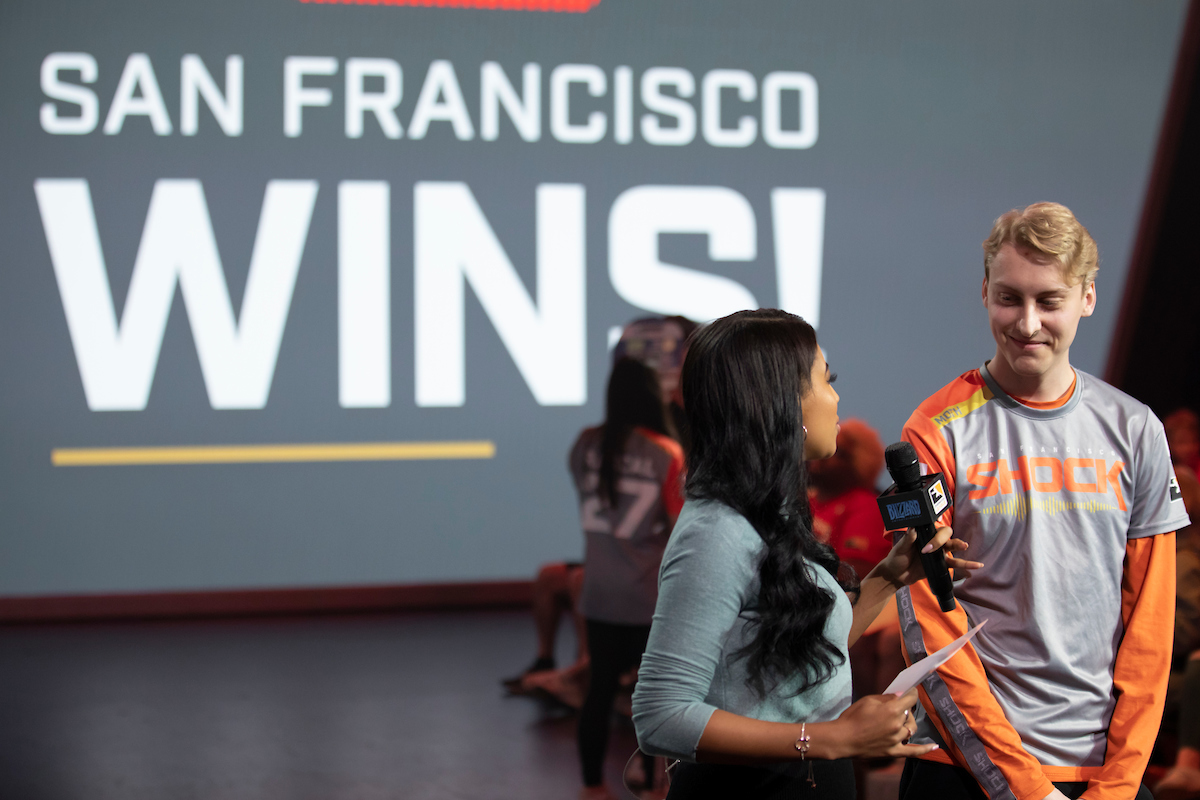 The Los Angeles Gladiators organization is adding some serious reinforcement to its backline. Former San Francisco Shock main support Grant “Moth” Espe, a free agent during the 2020 offseason, will be joining the Gladiators in 2021, the Overwatch League team announced today.

Moth was a critical part of the San Francisco Shock’s championship wins in both 2019 and 2020. As the team’s only main support, he was relied upon to flex to multiple heroes when necessary. He also played for Team USA in the Overwatch World Cup in both 2018 and 2019, helping secure the team’s first championship in the latter year.

Moth’s acquisition is a huge move for the Los Angeles Gladiators, an organization that’s spent most of the offseason aiming for a major roster reconstruction. Earlier this week, the team acquired Shu and main tank Kim “Muze” Young-han, signifying a move toward a mixed roster for the 2021 Overwatch League season.

The Gladiators finished the 2020 season in ninth place, dropping out of the postseason bracket relatively early. After suffering from a lack of coordination and cohesion throughout most of the season, a roster rebuild may just be what the team needs heading into 2021.