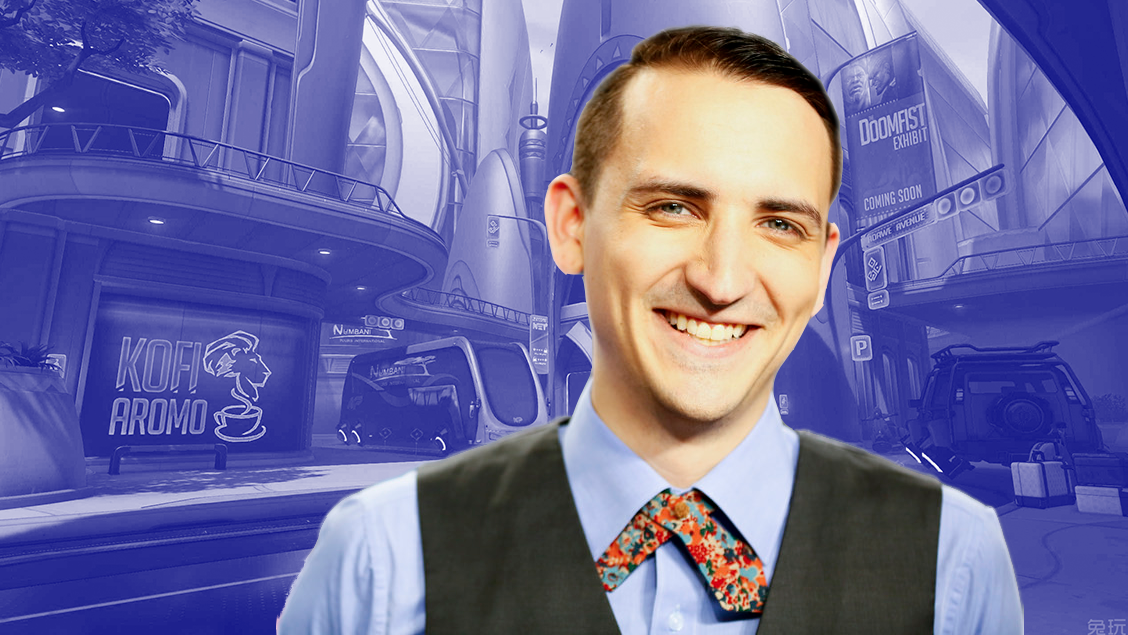 It’s odd to see Christopher “MonteCristo” Mykles in this setting.

Wearing his signature brown leather jacket, his hair slicked back in his usual style, Monte has just finished casting the Overwatch World Cup at BlizzCon. Now he’s standing around chatting to Overwatch fans just outside the doors to the custom-built arena inside the Anaheim Convention Center in California. Seeing him surrounded by Blizzard enthusiasts instead of League of Legends fans chanting “TSM” is like a puzzle piece that almost fits but not quite.

Monte, who just turned 30, has been in the esports scene since 2004, when Warcraft 3 began its rise as a competitive title. But his big break came with League of Legends, where he worked as a caster, a coach for CLG, and finally the cofounder of the LA Renegades—a venture that unfortunately led to his exit from the League scene.

In May, Riot banned Monte from owning or being involved with an LCS team for a year, alleging that Renegades compromised player welfare and safety and misrepresented its relationship with Challenger Series squad Team Dragon Knights. In addition to forcing him to sell Renegades, Riot didn’t invite Monte to cast the League World Championship for the first time since 2013. While Riot claims the controversy with Renegades had nothing to do with why Monte was not invited to cast, the timing certainly raised eyebrows.

Now, Monte is looking away from League, the community that built up his career and supported him for so many years (and still does for the most part). Overwatch is his new focus, and that shouldn’t come as a surprise. Since its release at the end of May, Overwatch has become one of the fastest-growing games of all time—picking up over 7 million players in the first week after release, a number that doubled to 15 million by August.

The esports scene has also rapidly expanded since the game was released. The Overwatch World Cup, a showmatch for all intents and purposes (players were voted in by fans to compete for national teams), peaked at roughly 200,000 concurrent viewers. Monte compares this to League, which he says didn’t start pulling in big numbers until two-and-a-half years after it was released.

“Of course it’s a different time now, it’s a totally different landscape,” he says. “But we haven’t seen a game hit numbers like that in years, especially one that was so close to release.”

Monte, the longtime League player and fan, says that Blizzard did a great job with the feel of Overwatch. He also liked the staging for the World Cup event—which included a sleek new arena with a platform for the two teams, screens surrounding the stage, and grandstand seating for the spectators—saying that he could tell that Blizzard is trying hard to do Overwatch esports right.

Going from casting League—arguably the biggest esport in the world—to an up-and-comer like Overwatch can’t be the easiest of transitions professionally. But Monte says it’s been “a refreshing change of pace.”

And the opportunities next year could be huge. Blizzard announced the official Overwatch League during the keynote speech at BlizzCon last Friday. The league will see players go through a combine, free agency, and play for teams based in major cities from sometime after July next year (the slots for which will supposedly be acquired through a bidding process) with Blizzard providing salaries to the players.

“I don’t want to exist in a world where the non-endemic team owners come in and are just like, ‘We’re just going to pay for everything but we don’t know what we’re doing,’ and they accidentally ruin this industry that I love.”

The announcement comes in the middle of a flurry of traditional sports investment into the esports scene. Earlier this year the Philadelphia 76ers basketball team invested in Team Dignitas and acquired Apex and the co-owner of the Golden State Warriors and Los Angeles Dodgers, Peter Guber, acquired controlling interest in Team Liquid. These investments have not always paid off, however, with European soccer club FC Schalke 04 paying for an EU LCS slot (similar slots went for about $1 million around the same time), only to be relegated that same split. The same thing happened to NRG eSports, which is co-owned by two of the Sacramento Kings NBA team owners.

The Overwatch League model was something that “traditional sports owners really needed to have work,” says Monte. “They were so afraid of relegations. In America we’re not used to that, they’re not used to it, they want the guaranteed placement.”

Monte points out that a lot of the endemic esports owners look at the investments by the Sixers and Guber and over-value their own organizations, which could work out badly for them in the long run.

“We need to see more investment,” he says. “If they don’t want to get smashed by all these professional sports owners coming in they need to sell. What I like most about Blizzard’s plan is that, if they [the endemic owners] want to stay alive right now and they want to be in Overwatch, they’re going to have to sell because of the bidding process that Blizzard has said it wants to have for the franchise slots.”

The problem is that Blizzard has not announced how the franchise slot bidding will work, or for how much. This leaves a lot of organization owners in the dark.

For Monte, the ideal situation would be similar to that of the Sixers and Dignitas, where the traditional sports team comes in and buys the majority of the organization, with the owner maintaining equity and continuing to manage the teams and provide their esports expertise—something Monte says the traditional owners don’t know enough about.

“I would like to see that joining of forces,” he says. “Because I don’t want to exist in a world where the non-endemic team owners come in and are just like, ‘We’re just going to pay for everything but we don’t know what we’re doing,’ and they accidentally ruin this industry that I love.”

Endemic organizations joining forces with traditional sports teams also makes a lot of sense for the actual location aspect of the League. Blizzard hasn’t announced which cities will be included and how many slots will be available for big esports markets like Los Angeles, or big cities like New York, areas where Monte believes the bidding is “going to be insane.”

It’s not just the org owners that are feeling a little left in the dark by the Overwatch League announcement. For many professional players, the combine and free agency stipulations leave them in a sort of limbo. Most players are under contracts, and while a lot of these contracts will be up by July next year, teams have no idea whether the league system will allow them to stay together.

Monte hopes that Blizzard will allow these players to remain as a team, if they’re happy with their current organization and the org is planning to purchase a franchise slot.

The opportunities next year could be huge.

“I find it a stretch to believe that Blizzard would just crowbar everybody into free agency and have some sort of insanity period,” he says. “For the teams that don’t franchise, maybe that will happen, or maybe the players will stay together but they’ll go to a new franchise. I think the players ultimately control that because they are the ones that are signing those contracts at the end of the day.”

The professional Overwatch players are a big reason Monte loves the game, because they’re generally older. Overwatch pros mostly come from other games, like Team Fortress 2 which was released in 2007, so an old Overwatch player could be around 29. Compare this with League, where an “old” player is usually around 23 and most professionals are in their late teens.

Because many of the players come from other smaller games, Monte says they are truly grateful for the opportunity to play in a title like Overwatch, which has the backing of a massive gaming company like Blizzard and the resources and prize pools that provides.

“There’s a big difference in dealing with these guys who have had to be in the real world,” Monte says. “The League community has been wonderful to me over the years, so I don’t have any complaints. But I will say that I like spending time with the Overwatch pros more because they’re older and more mature.”

Whatever happens with the Overwatch League, the franchise slots, and the player contracts, Monte can see the game lasting the distance in a fairly saturated esports market.

He even thinks it could catch up to League.

“If the [non-endemic] investment comes and these team owners are super serious and they’re going to push it in a big way through their own current brands, I don’t see why it couldn’t be [as big as League],” he says. “It will take a couple of years probably, but Overwatch has years left in the tank. It’s got a long, long lifetime ahead of it… I feel really excited.”