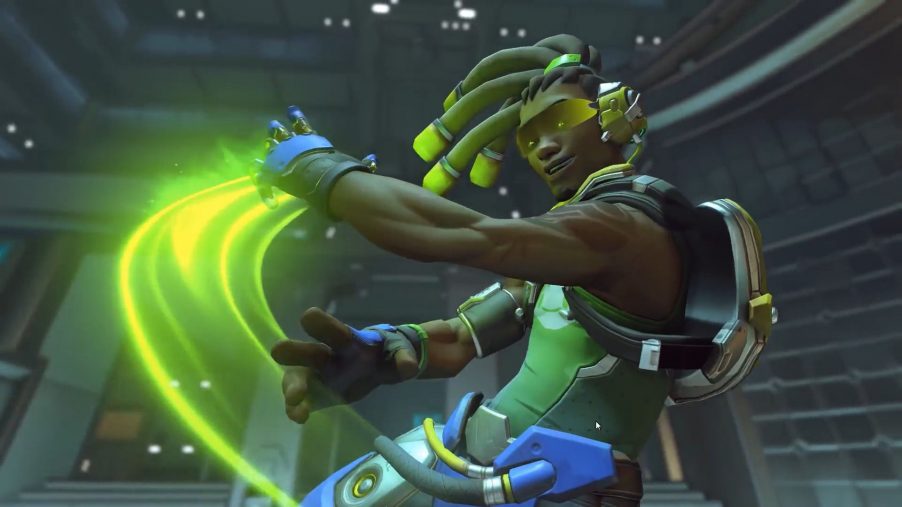 Using a keyboard and mouse? That’s old news. Twitch streamer Rudeism has created a new Overwatch controller that lets him control Lúcio using only his hand.

Creating weird controllers is kind of Rudeism’s thing. In the past, he’s played Overwatch sniper Widowmaker with a French baguette and D.Va with a controller made of Mountain Dew and Doritos. The guy who played Orisa with a rocking horse? That’s Rudeism. His latest creation uses controls attached to a glove to operate Lúcio’s abilities.

“The Lúcio glove controller for Overwatch is fully built, complete with one-to-one motion controls for shift and E,” Rudeism wrote on Twitter. “Can’t wait to try it on stream. Got the air cannon controller ready for the right hand, too.”

There’s a thumbstick for moving Lúcio around, but Lúcio’s secondary abilities for speed boost and healing are controlled with one-to-one motion controls. Yep, Rudeism can switch from speed to healing using the same hand motions Lúcio does in-game. Swiping left and right changes from speed to healing, and a little swirl of the finger turns on Amp It Up.

It’s a pretty cool use of motion controls for the Overwatch support hero. Rudeism hasn’t yet tried the controller on stream—or shown how it works in an Overwatch match—but if it lives up to Rudeism’s other controllers, viewers are in for a wild ride.

As mentioned in his tweet, Rudeism’s got an “air cannon controller” ready for the stream. The right hand controller should be used for Lúcio’s boop ability. Rudeism’s been working on the Lúcio controllers since March—at least—and streaming its creation on Twitch. Interested in building your own? Watch his old Twitch archives to see how he did it.