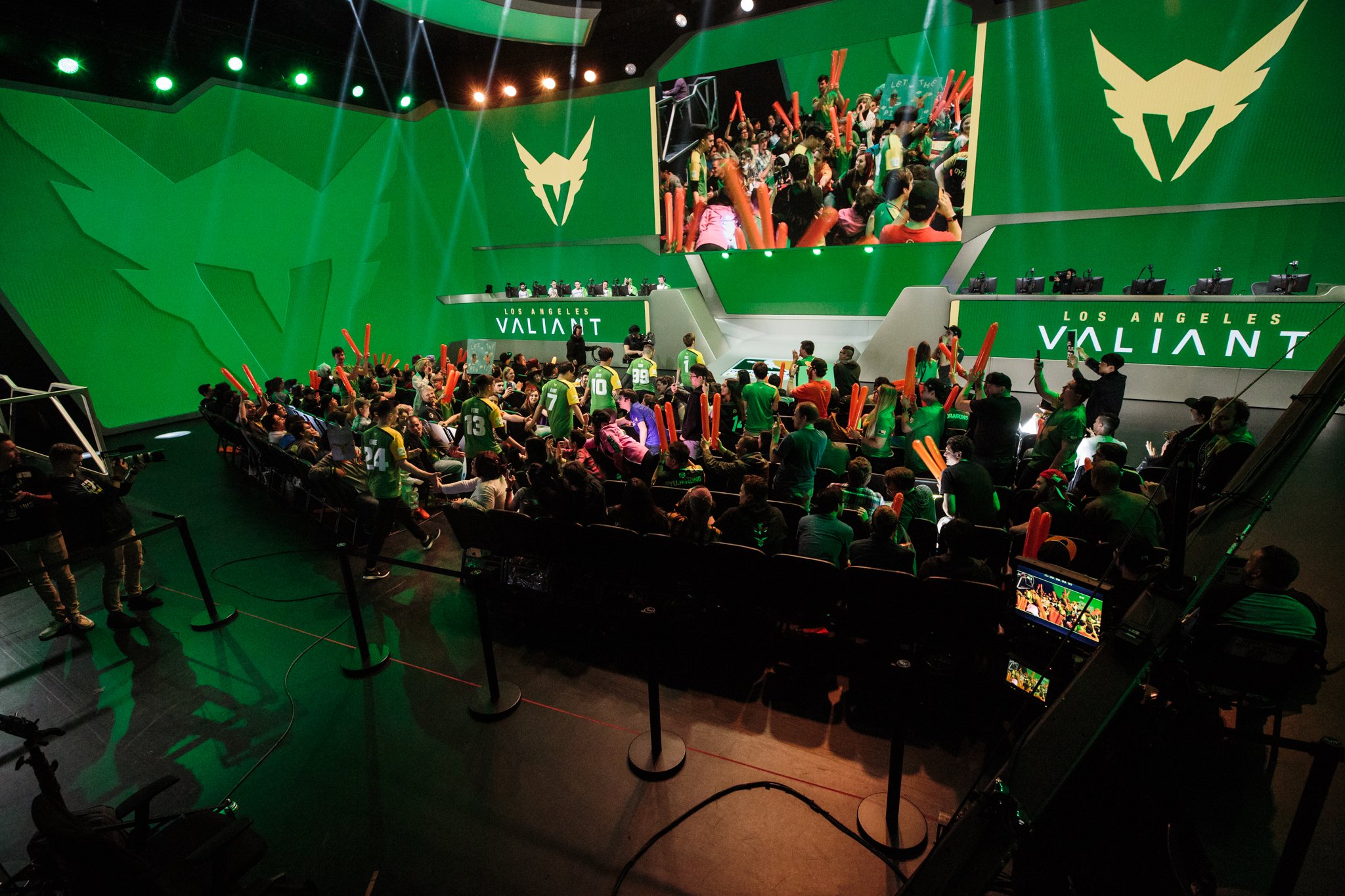 The Los Angeles Valiant’s troubles aren’t a secret. Communication issues are a real problem, with a roster that speaks a mix of English, French, and Korean. As of mid-February, former head coach Henry “Cuddles” Coxall is out, with Moon Byung-Chul stepping up to take his place. Structural issues plagued the LA Valiant, causing problems within the roster itself.

Immortals, the organization that runs LA Valiant, is taking a unique approach to the roster’s struggles; instead of hiding them, they’re on display in weekly videos—Inside LA Valiant—uploaded to YouTube. One of the more recent videos highlighted DPS player Brady “Agilities” Girardi’s potential transition off the organization’s main roster and onto the sister team, likely a response to LA Valiant’s recent string of losses. Coach Moon sees his potential, he said in the latest video, but there’s work to be done.

Noah Whinston, LA Valiant and Immortals’ CEO, doesn’t see the sister team entirely as a bench. It’s more of a training ground for players who may not be ready for the main stage, he told Dot Esports. Before the clear distinction between the main roster and the sister team, LA Valiant’s five “benched” players had a loose schedule without structured scrimmages. Often, players worked on individual skill in ranked Overwatch games rather than practicing as a team. The designation of a sister team has changed that structure, Whinston said—since the sister team’s inception in February, the team practices just like the main roster, with structured scrims and designated practices.

His core focus is in how we can provide the sister team the resources they need to be successful.

“When we built the Overwatch roster we had this vision that was a lot more than the core six players needed to field a minimum roster,” Whinston told Dot Esports. “We wanted to make sure that we were building a more comprehensive environment in which players were able to help each other, and to develop players without having to immediately put them to test on stage.”

The sister team inspires a sense of friendly competition, keeping the main roster on its toes: Players have to work hard to maintain their level of play, because there are five other players eager to take their spot. LA Valiant’s sister team structure ensures that players are getting in meaningful practice in a scrim setting, with their own coach, Warsi Faraaz Waris, who has a dedicated goal of improving the team. “[Waris] is taking on the ground steps necessary to build up this team,” Whinston said. “His core focus is in how we can provide the sister team the resources they need to be successful.”

Whinston doesn’t see the sister team as a punishment, but as a proving grounds, though some players apparently think differently. LA Valiant DPS Ted “silkthread” Wang said on a recent stream that he’s unlikely to play in an Overwatch League match again, as opposed to Agilities, who got a second chance, as mentioned in the Inside LA Valiant video. “I have to make do with what I have right now,” silkthread said, “which is the sister team.”

But the staff sees it differently, according to Whinston. “We decided to make a full sister roster to make sure the players that weren’t actively getting stage time were still able to practice in a scrim environment in order to keep their skills ready if they ever did need to go on stage,” Whinston said. “As much as playing ranked individually can help you maintain your mechanical skill, it doesn’t do much to help improve your game knowledge.”

Yet rumors of an LA Valiant roster shakeup have inevitably arisen, especially since the team’s started struggling. Whinston said on Twitter that “a few things are still in motion” in regards to the future plans of the organization, but that he’ll provide a “full and transparent account before the start of the next stage.”

The sister team and the main team are still two parts of the same organization, which is an important fact for Whinston. “It’s just about how we can create something that can stand on its own independently in addition to being part of a larger organization,” he told Dot Esports.

Younger players, like Indy “SPACE” Halpern, have been practicing with the rest of the sister team in preparation for a potential Overwatch League debut. It saves him the panic of being thrown right onto the Overwatch League stage right when he turns 18—the minimum age for Overwatch League players. Instead, he’s experienced the professional structure of LA Valiant for a gentler transition into professional play.

Related: The Overwatch World Cup will return for another year

“If we were not to have a full sister team, he would have no ability to scrim or get a real practice environment until he was expected to step up to the Overwatch League stage,” Whinston said. “That’s a hard environment to put a player in.”

It’s a long-term solution for the problem of player development, allowing LA Valiant to mold talent to fit the organization’s structure. It creates a sustainable flow of talent for the Overwatch League, as LA Valiant thinks past the first and second seasons and to the long-term future.

“Over the years, we want to make sure there’s a real path to pro for people that are fans of the Overwatch League who might see themselves as future players,” Whinston said. “This provides a nice intermediate step between amateur and pro level play that we think really helps enable people to reach pro play in a more coordinated way.”