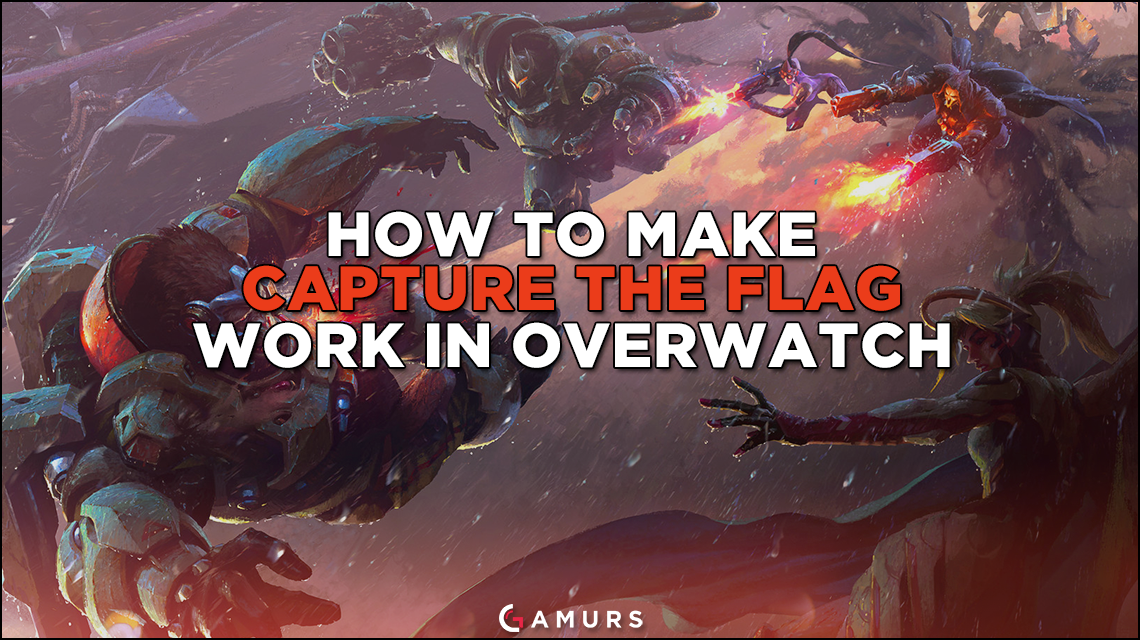 When Overwatch‘s third seasonal event, Year of the Rooster, launched on Jan. 24, it came with a brand new Arcade mode. It’s a mode that everyone who’s played an online FPS game before would be familiar with. Capture the Rooster is the game’s spin on capture the flag, and it is the game’s most-played Arcade mode yet, according to game director Jeff Kaplan.

Blizzard has stated from the very beginning, though, that there are no plans to keep the mode past Year of the Rooster or to bring the mode to a competitive ruleset. But why not?

CTF is a mode that naturally fits within the game’s genre, and could work after a few tweaks. Plus, if it lessens the chance of the dreaded Assault/two checkpoint maps, players would be all for it.

Right now, as is, Capture the Rooster could use some tweaks. It is far too defensive and games tend to end in draws leading to lots of frustration, but when the mode works, it is very fun to both watch and play. Here are a couple ideas on how to fix CTF and make it flourish in Overwatch.

Just like the game has offense, defense, tank and support heroes, CTF could use its own designation of roles. Mainly, heroes should be separated into attack and defend, with there being a hybrid/flex option as well.

The defend heroes are self-explanatory, like Symmetra and Torbjorn to place down turrets, Bastion to set up behind a flag or Junkrat to place down a trap on the flag. Attack heroes are those with speed and escapability, like Winston, Tracer, Pharah or Lucio. And then the rest of them can fall into the hybrid role if they don’t fit any role, if they are healers or can do both abilities decently well, like Soldier-76, Reinhardt or Mei.

In any competitive setting, Overwatch seems to work best in a 2/2/2 team composition. Once the roles begin to stack in any way, things get lopsided or unexciting and this could be avoided. Competitive CTF could start out using a 2/2/2 team comp of two attack, two defend and two hybrid/flex heroes. Let’s see where it goes from there.

For the seasonal brawl, Blizzard chose variant versions of the three sides of Control map Lijiang Tower for the home of Capture the Rooster. It works well enough, but some of the points are very small and it’s obvious they were not designed for the game mode.

Control maps, right now, work the best as they are somewhat symmetrical and that will work best for the mode with some slight variations. But, if the mode were to become permanent in the future, new or distinct maps would need to come into play to better suit the game type. The way they’re designed, Assault, Escort and Hybrid maps just would not work.

Right now, there’s no penalty for dying in Capture the Rooster, as you will have the same spawn timer no matter what the situation. Spawns need to be staggered for the mode to work best, and dying first should be a punishable offense by getting a slightly longer spawn timer that increases with each dead teammate. This will prevent teams from spawning up immediately to mount a defense. An alternative would be to increase the distance between the spawn room and the flag.

Capture the Rooster has a three flag limit, and that’s just not enough. For the game mode to be exciting, the limit should be five at minimum, or maybe even take away the limit completely. The game mode works best when it’s fast and intense, and back-and-forth captures and defends could be an exciting trademark.

These are just a few ideas. We may never see a true CTF game mode in Overwatch, but it’s not ruled out completely. It could use some tweaks, but the mode could be fun and has potential as is. Maybe it’ll just stay a brawl forever, but maybe not. Do you think it could work?

What do you think of CTF in Overwatch? Let us know in the comments below and follow @GAMURScom on Twitter for further esports coverage.