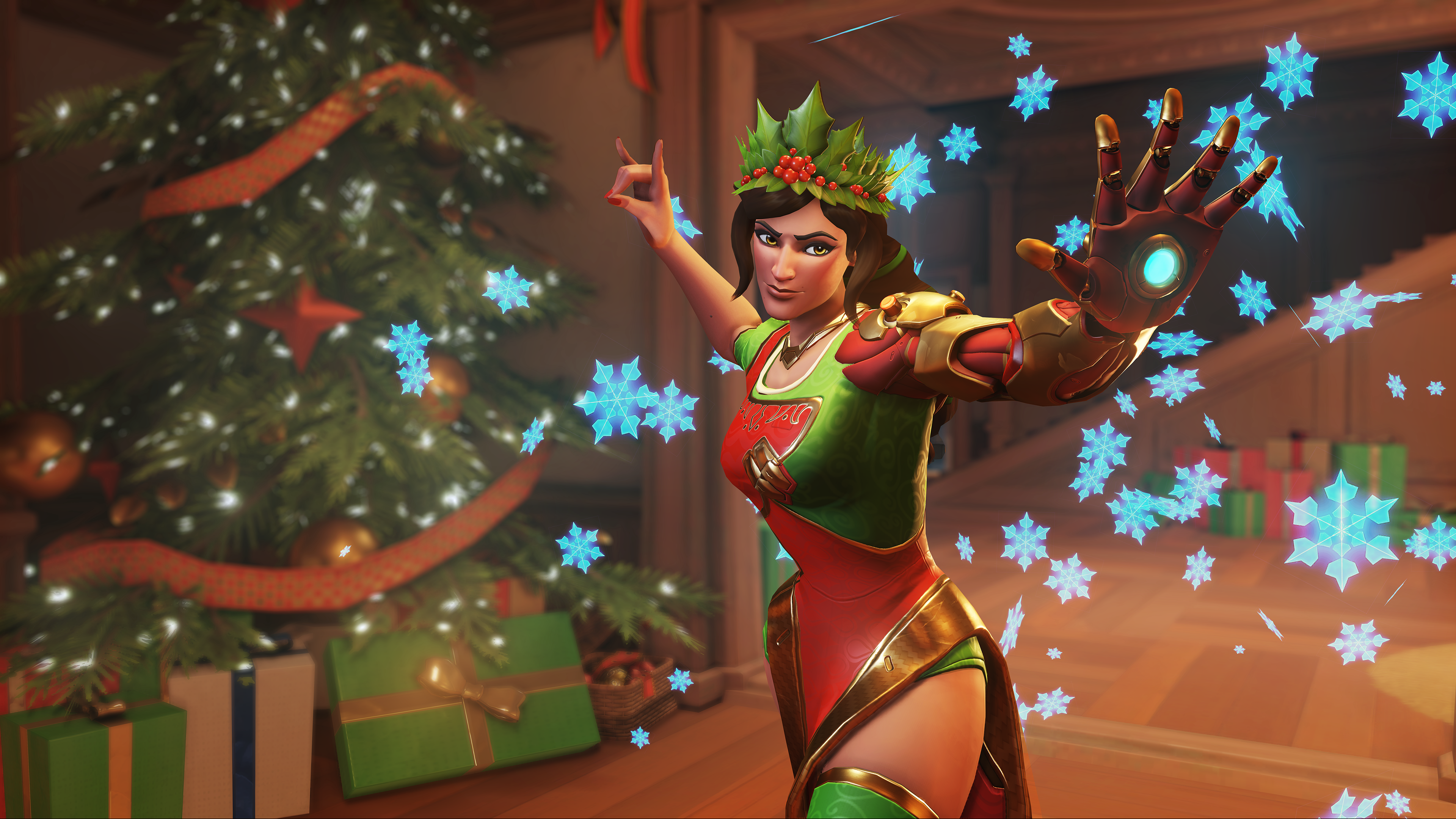 It’s the second week of Overwatch’s Winter Wonderland event, and that means there’s a new epic skin for players to get their hands on.

Symmetra’s festive red and green outfit is topped off with a mistletoe crown and accented by a golden mechanical arm.

The cosmetic can be unlocked this week only from today until Dec. 30.

Players can earn the skin just by playing—the game mode doesn’t matter. You can earn toward your skin through quick play, competitive, or the arcade. While all games count, you’ll still want to win as much as possible because every win counts as two games instead of just one.

It takes 27 games to earn the Symmetra Mistletoe skin, and players can earn other Symmetra-themed goodies in the process. After nine games, players will automatically get an icon, and after 18, they will get a spray. Both resemble the epic skin you get from completing the weekly challenge.

Prior to this week, players were able to complete an identical weekly challenge that culminated in earning a Wooltide Tracer skin.

Next week the Winter Wonderland event will conclude with players getting a chance to win a Peppermint Bark Brigitte skin by doing a weekly challenge that starts on Dec. 30.