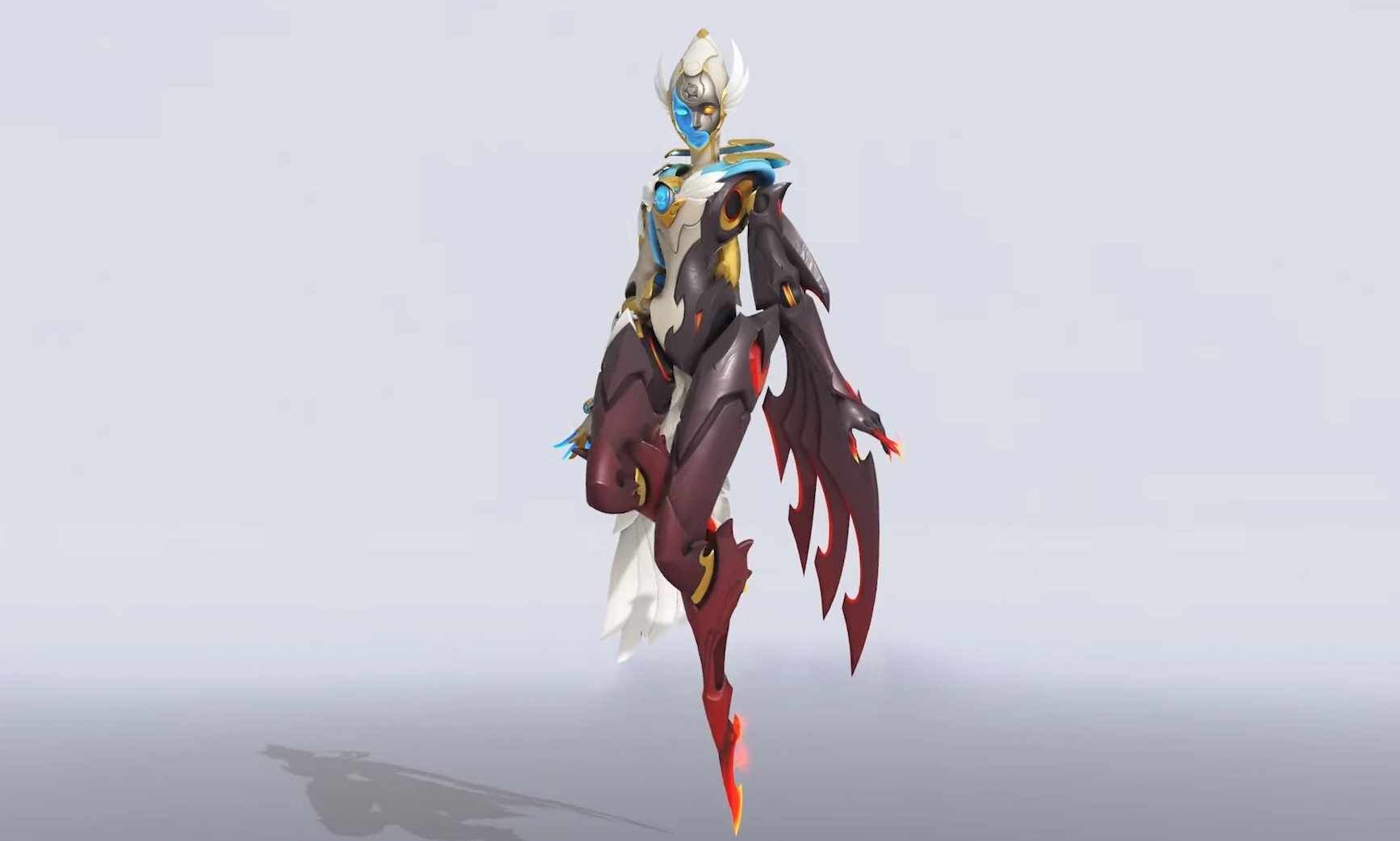 Kim “Fleta” Byung-sun’s, the MVP of Overwatch league 2020, tore apart opposing teams’ backlines throughout the season. MVP players get to choose a hero, which Blizzard designs a skin for to commemorate their achievement.

Fleta chose Echo and asked for a half-good, half-evil skin to represent him in Overwatch. Fleta considers himself a calm and collected person in real-life, while he can be just the opposite when he gets into an Overwatch match.

Named “Good vs. Evil,” the new MVP skin for Echo divides the hero in two. The left part of Echo’s body showcases devilish features while the right side is designed with angelic traits. You can purchase Echo’s Good vs. Evil skin for 200 Overwatch League tokens.

While players were able to earn Overwatch League tokens by tuning in to the game through Twitch in 2019, the move over to YouTube made it slightly more complicated. YouTube doesn’t support any in-game drops, meaning you’ll need to watch the game on Overwatch League’s official website or the Overwatch League mobile app. The video feed will still be from YouTube, but Overwatch will be able to track your viewership statistics after logging into the website.

Here’s how you can start earning Overwatch League tokens.

Once you set up your account, you can start watching the games live. Every hour of viewing is worth five Overwatch League tokens. Considering it costs 200 of them to unlock Fleta’s Echo skin, you’ll need to watch 40 hours of Overwatch League.

You don’t have to actively participate as a viewer, however. You can simply open up the broadcast and leave your desk. Your viewers hours will continue to increase as long as you have the stream open.

You may want to keep the streams rolling, though, since another awesome-looking was also released alongside Fleta’s Echo. The San Francisco Shock’s championship skin, Midas Roadhog, is available for purchase as well, meaning there might be a serious demand increase for Overwatch League tokens.