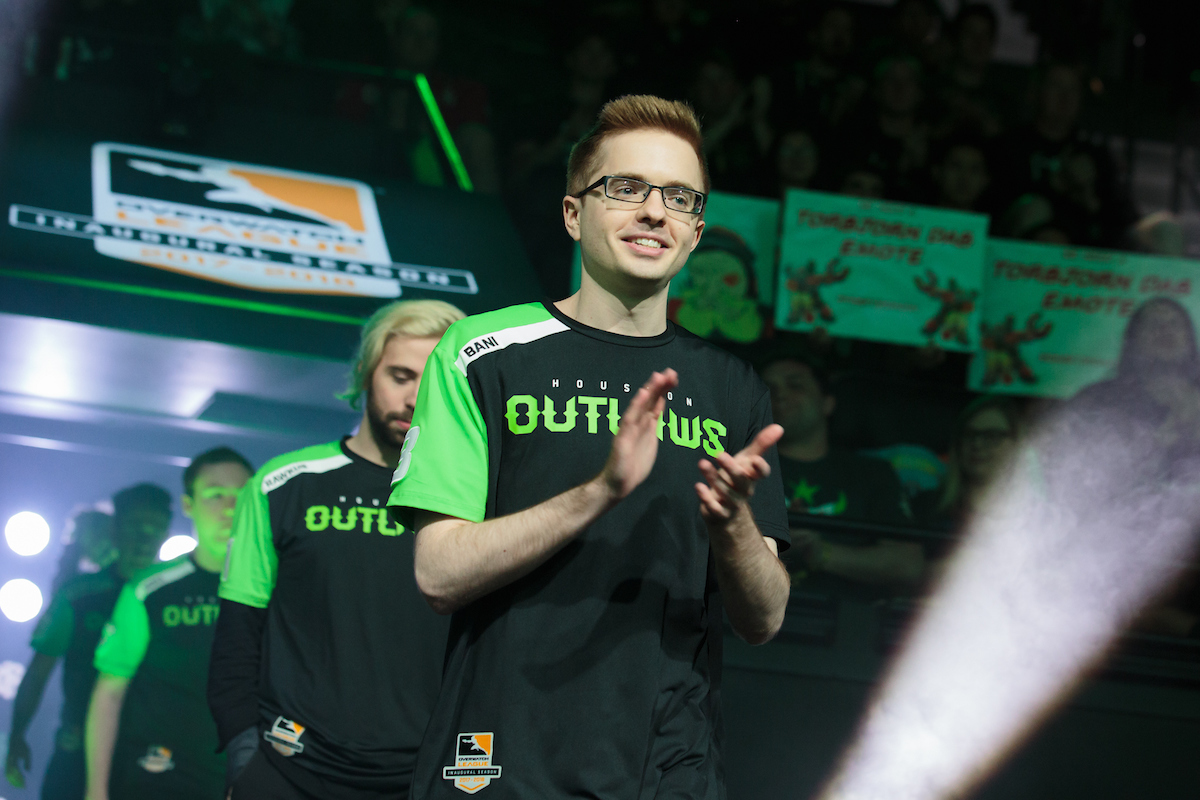 Another cowboy is down for the count. The Houston Outlaws have parted ways with support Chris “Bani” Benell, the Overwatch League team announced today.

Bani played support for the Outlaws since 2018 and his release comes after an unfavorable result in the Overwatch League’s second season. The Outlaws finished the 2019 season in 16th place and were one of the few teams that managed to lose all matches in a stage, finishing stage two 0-7.

Bani was often benched in favor of the support duo Shane “Rawkus” Flaherty and Daniel “Boink” Pence. His release was already expected after the player was listed as a free agent in the league’s website.

Bani’s departure leaves the Outlaws short-staffed. Only one half of its current support line is still officially under contract. While it’s safe to expect Rawkus in black-and-green in 2020, Boink was announced as a free agent by the Overwatch League and could change teams before the next season.

Bani’s release marks one of many changes made by the Outlaws in the offseason. The team recently dropped head coach Kim “TaiRong” Tae-yeong and assistant coach Kim “Hyunwoo” Hyun-woo, who were part of its staff since 2017. Former Vancouver Titans’ Harsha Bandi joined the team as the Outlaws’ new head coach for 2020.