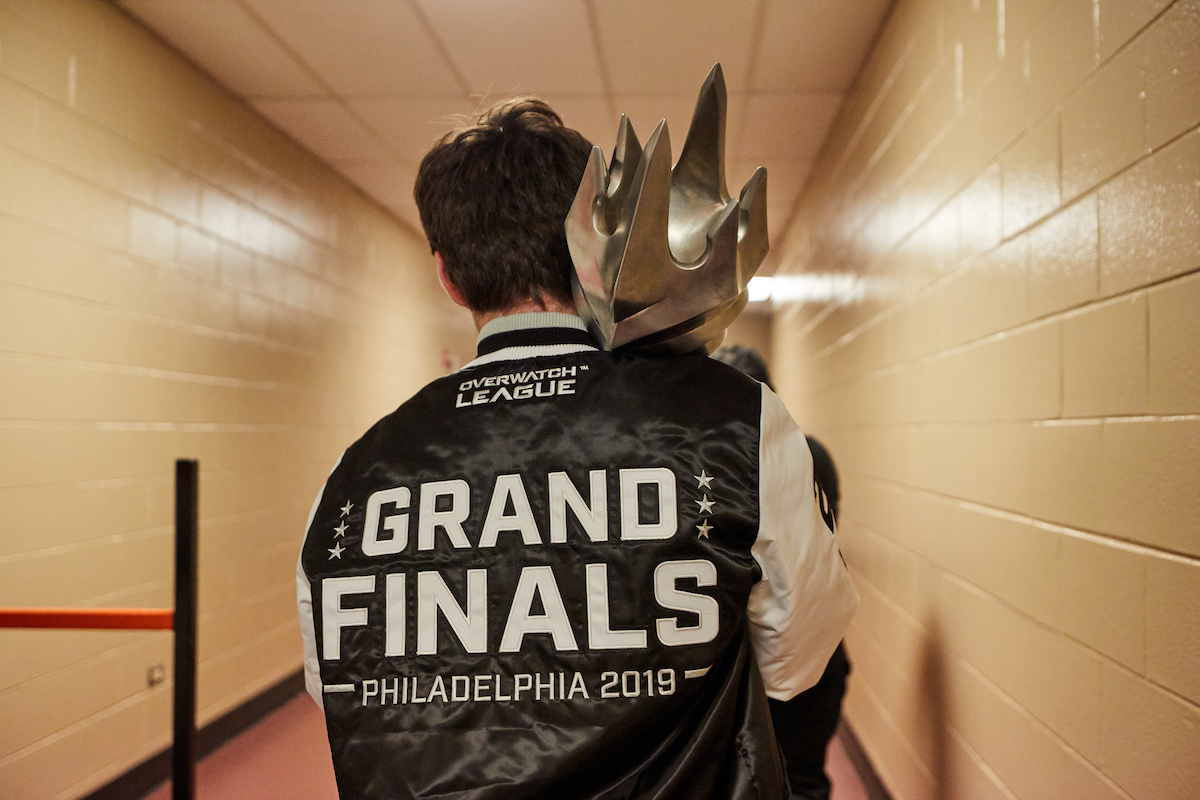 Preparing for an appearance in the Overwatch League Grand Finals requires weeks, if not months, of work and commitment from players and staff. After a difficult 2020 season that included canceled homestands and a quick swerve to online play, the four teams remaining in the Grand Finals bracket want to prove they can overcome the odds and bring home a sparkling trophy.

In a series of press conferences before the Grand Finals games, coaches and staff from the participating teams described the process of preparing for the event and what fans can expect. Players also delved into what it means to be a part of the Grand Finals and why all of this hard work matters.

For most fans, the epic showdowns within the Overwatch League Grand Finals will be the true highlight of the event. When the tournament kicks off on Oct. 8, North American and APAC teams will face off for the first time since early March. Each region brings a specific meta, or optimal team composition, to the table.

While fans are busy arguing about regional superiority, the teams participating in the Grand Finals appear to be operating within their own orbits.

“What we are trying to do is focus on what we are really good at, sort of mastering our own strategy and our team composition for the Grand Finals,” said Shanghai Dragons head coach Moon Byung-chul, who recently won the 2020 Coach of the Year award.

Philadelphia Fusion assistant coach Christopher “ChrisTFer” Graham echoed Moon’s sentiments. “We’re just trying to figure out our way to play this meta and that’s all we can do, really,” he said.

It makes sense considering teams have remained relatively isolated, both physically and virtually, from the teams they’ll face in the Grand Finals. North American players on the San Francisco Shock and Philadelphia Fusion underwent a mandated quarantine and only recently rejoined their South Korean teammates for in-person team practice. Both Shanghai and Seoul said they’ve practiced with Korean Overwatch Contenders teams instead of their future opponents.

With constant practice comes gradual change. San Francisco and Philadelphia opted to remain quiet on their opinion of the possible meta for the Grand Finals, only saying that things will look different than they did in the postseason tournament.

Seoul Dynasty head coach Park “Changgoon” Chang-geun wasn’t afraid to acknowledge his team’s excessive use of a Roadhog-centered composition in the postseason games but said the tank-heavy choice may become normal within the Grand Finals.

“[Roadhog] comp will be set standard for the finals and there are going to be a lot of teams that use ‘specialized’ compositions to go against that [Roadhog] composition,” Changgoon said.

Coach Moon was blunt with his predictions based on his team’s practice. Shanghai will “utilize more of the sniper composition,” because it seems “pretty good” against what other teams are running. With 2020 Overwatch League MVP Kim “Fleta” Byung-sun behind the trigger, Moon has likely put his faith in the right place.

Regardless of the meta, the Philadelphia Fusion seem to respect the Shanghai Dragons. Assistant coach ChrisTFer called them “extremely consistent” but emphasized their team-wide talent. “Even if Fleta is the MVP of the league I don’t think it’s necessarily, like, he’s going to be the one to look out for,” he said. “I think that [Shanghai has] threats from every position.”

Conquering a meta and developing counter-strategies constitutes the bulk of the mental work for teams in the Grand Finals. But the emotional work is also present.

As the reigning Overwatch League champions, the San Francisco Shock roster is under enormous pressure to bring home another trophy. General manager Chris Chung has advised his players to not focus on the intangibles.

“We don’t want to think about what could happen, like any of the hypotheticals,” he said. “I think it’s important that we just focus on what’s in front of us and we give one hundred percent. That way we won’t regret this weekend.”

In contrast, the Philadelphia Fusion are still reeling from multiple close losses in 2020’s monthly tournaments, as well as a defeat in the postseason bracket by the San Francisco Shock. Some fans have even likened it to a curse, reaching back to the Fusion’s loss to the London Spitfire in the 2018 Grand Finals.

“We cannot allow ourselves into a mindset where we believe the idea of this ‘second place curse’ is real. There isn’t a problem that is going to stop us from winning forever,” ChrisTFer said. “The only way for a curse to be real is if these guys let it into their heads that, ‘oh, we can never win’ so we definitely don’t believe that.”

Beyond the fame and glory of being an Overwatch League champion, individual players have their own reasons to give it their all in the Grand Finals.

Seoul Dynasty main tank Hong “Gesture” Jae-hee is no stranger to Grand Finals nerves. As a part of the 2018 London Spitfire roster, he’s already held the coveted championship trophy. But in the press conference, he revealed that “this time around, things are a little different.”

“I’ve only been with the [Dynasty] for one year. If you’re a Seoul fan, you’ve been a Seoul fan for three years,” Gesture said, emphasizing how long fans have wanted a victory for the team. “Right now the Grand Finals is the most exciting moment for all fans and especially for Seoul fans. I am trying my best to bring out the best results for the fans.”

Last year, San Francisco Shock main tank Matthew “Super” DeLisi got to experience a Grand Finals held in his hometown of Philadelphia, something he acknowledges was “more sentimental” than this year. In 2020, he and the Shock are looking for renewed confidence.

“It’s just another opportunity for us to help solidify ourselves and cement the fact that we’re still a hardworking team, we’re still a good team,” Super said. “We have a chance to prove that.”

San Francisco’s main support Grant “Moth” Espe echoed Super’s thoughts but with additional confidence. “Since we won last year, being a part of Grand Finals this year means that we have a chance to prove we’re still the best team in the world,” he said. “If we were to do it twice, we’d feel like we’re not just the best team right now, or in Overwatch League, we’re one of the best teams in Overwatch.”

The Overwatch League 2020 Grand Finals bracket begins on Oct. 8 at 6am CT when the San Francisco Shock take on the Seoul Dynasty.