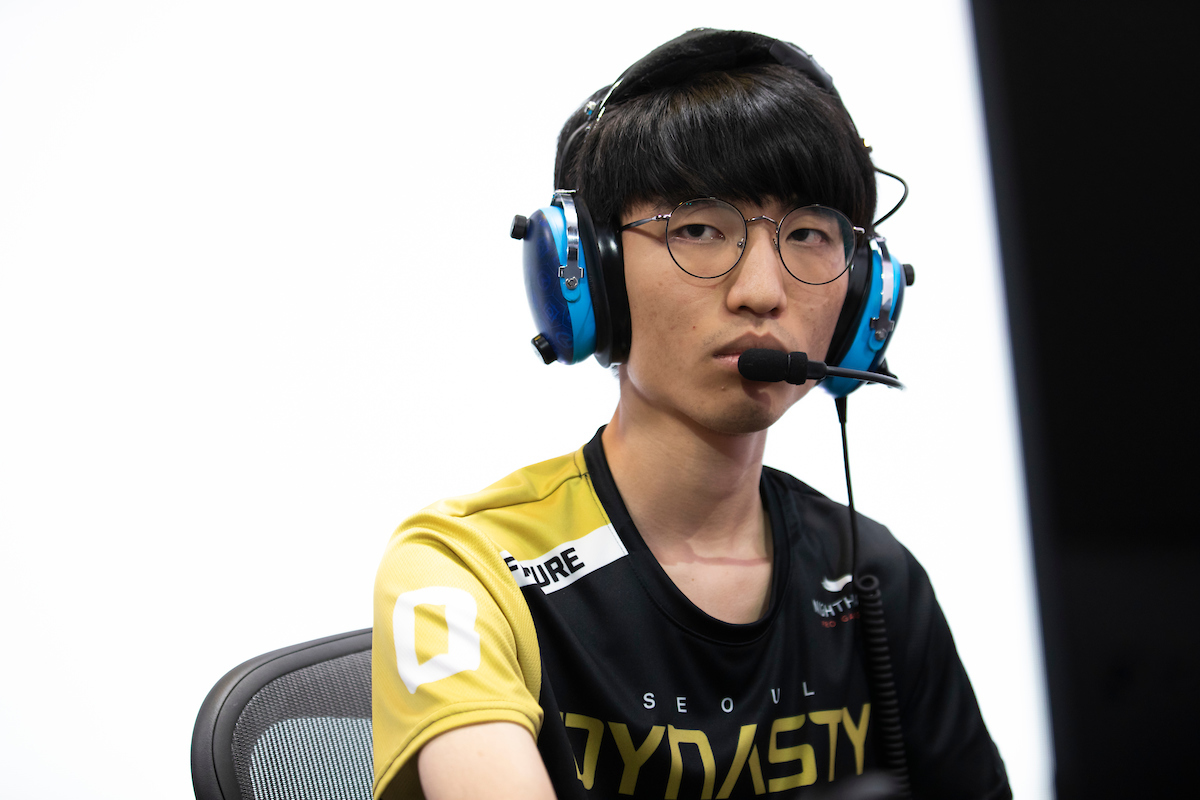 The Overwatch League is serious about discipline. Former Seoul Dynasty main tank Baek “Fissure” Chan-hyung returned to the league this week by joining the Vancouver Titans. Before he can begin his new journey in the 2020 season, he’ll have to face a $3,000 fine for leaking sensitive Overwatch League information.

On June 26, 2019, the outspoken tank player retired from the Seoul Dynasty and professional Overwatch competition for unknown reasons. Shortly after Fissure’s retirement was announced, he streamed on his personal Twitch channel to talk with fans.

During this stream, Fissure leaked information about 2-2-2 role lock coming to the Overwatch League during stage four. “I’m retired now so I’ll say it. Next stage, four, 2-2-2 lock is confirmed,” Fissure said, according to a translation on Reddit.

Up until that point, role lock had just been a rumor. Numerous outlets had reported on the potential for the role lock ruleset to be instituted, but no confirmation or announcement had come from the Overwatch League itself. Role lock was officially added to the league a few weeks later.

When Fissure re-joined the league last week, many Overwatch League fans were wondering if he’d face consequences for his actions. No official announcement or statement has been made by the Overwatch League, but the league’s discipline tracker has been quietly updated to reflect Fissure’s punishment.

The tracker states that Fissure has been “fined US $3,000 for sharing confidential league information.” Players and league staff reportedly had knowledge of role lock weeks ahead of time so they could prepare strategies. Because of that fact, Fissure spread “confidential” information, regardless of how widely spread the rumor of role lock was.

Fissure isn’t the only Overwatch League player to face monetary fines for his actions. Earlier this year, Lee “Rise” Won-Jae was fined $1,000 for account boosting. The most memorable of these fines was leveled on Park “Profit” Joon-yeong, who had to pay $1,000 for accidentally giving the middle finger on a live broadcast.