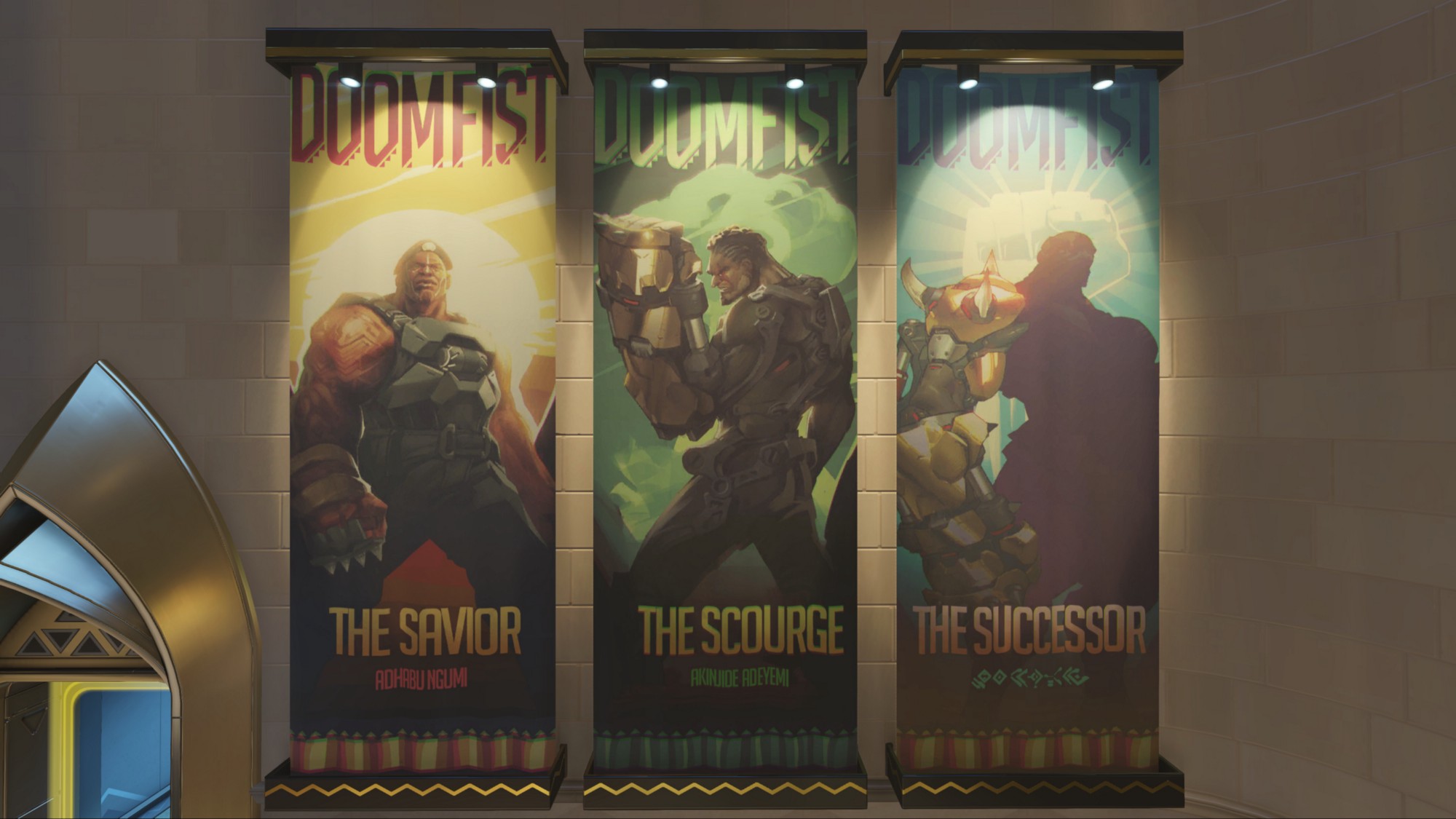 Overwatch’s 24th hero turned out not to be a Terry Crews–voiced Doomfist. Instead, Blizzard unveiled Orisa, 11-year-old inventor Efi Oladele’s hero of the future.

The developer also dropped Orisa’s origin story, with Oladele introducing her creation. During the video, Oladele answers one of our biggest questions—was it Doomfist that attacked the Numbani International Airport?

As it turns out, it was. He also was likely responsible for breaking his gauntlet out of the Numbani payload. The original OR15 defense robots stood no chance taking on Doomfist, Oladele said, but Orisa just might be able to.

Excitement about Overwatch’s new hero Orisa pushed Doomfist speculation aside for a moment, though given Blizzard’s clues, he’s likely still a major threat to Numbani. Judging by the destruction in the Numbani International Airport, Doomfist looks really powerful.

Doomfist is a generational character whose likeness dons posters strewn across the Numbani map. Much about him is not known, as his identity is shrouded behind the name “The Successor.” But we do know the two who came before him—“The Savior,” Adhabu Ngumu, and “The Scourge,” Akinjide Adeyemi—are no longer active. The new guy is “The Successor,” after all.

He began, simply, as a line in the first Overwatch cinematic, with nothing more planned for him. Doomfist gained traction with the Overwatch community when Crews expressed interest in voicing the mysterious hero.

Today’s hint doesn’t necessarily mean Doomfist will be a playable character in Overwatch, or that Crews will voice him, but the likelihood that we learn more about him is very high. A new cinematic, anyone? Doomfist has to be up to something with that gauntlet.