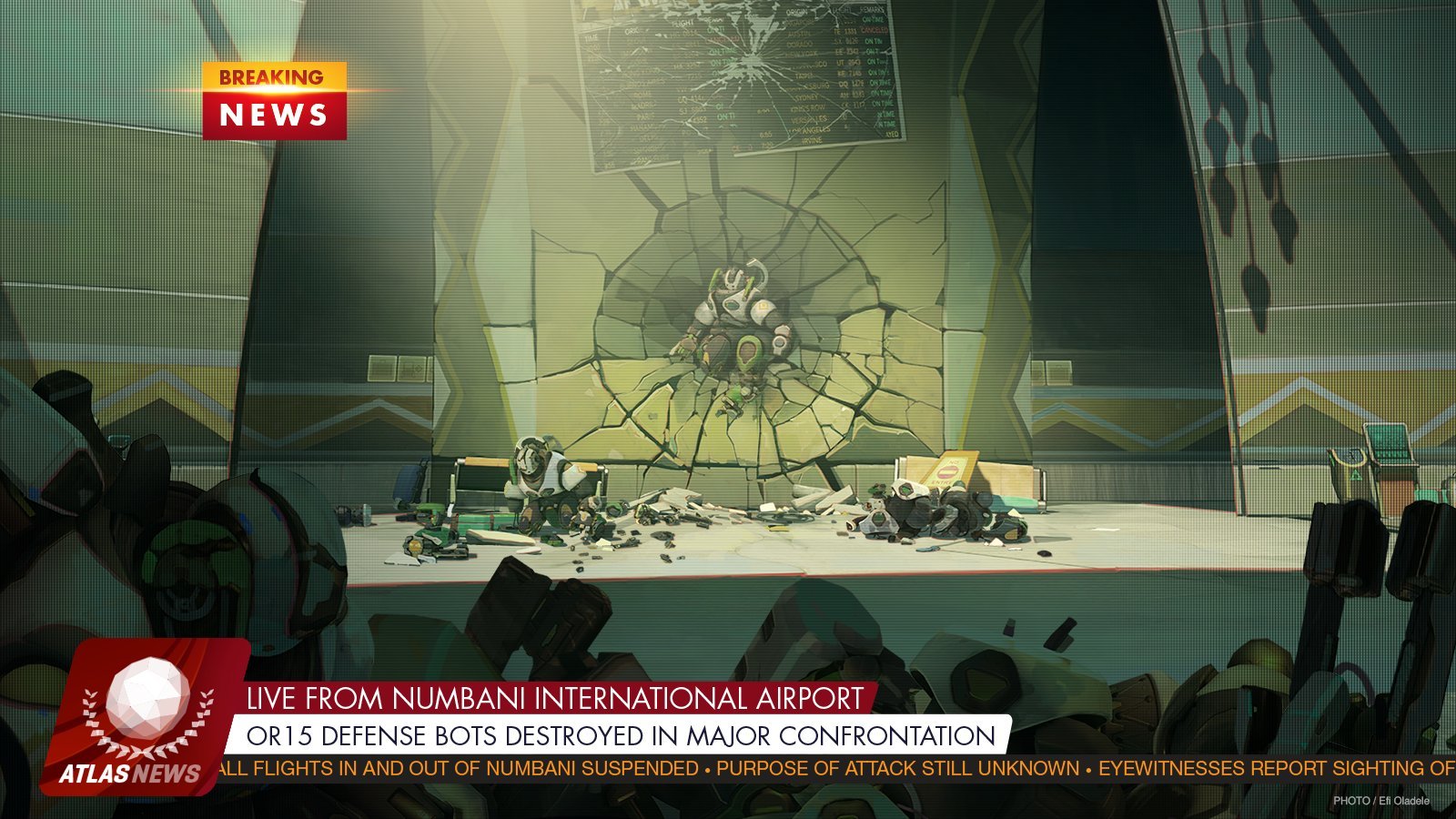 Only a few days ago, Overwatch developer Blizzard Entertainment dropped a few hints on some new lore, introducing Efi Oladele, an 11-year-old robotics and artificial intelligence expert from Numbani. Details on her relevance to the story have been slim, but Blizzard has said she’s involved with a new playable character in some way.

Today, we’re getting a bit more information. A new image posted to the Overwatch Twitter account shows the Numbani International Airport in ruins, with its OR15 defense bots—which Oladele mentioned in an interview on Tuesday—destroyed.

“OR15 defense units destroyed in confrontation with unidentified assailant at Numbani airport,” the tweet reads. “No civilian casualities reported.”

You’ll also remember that Oladele was set to take her first flight after winning the Adawe Foundation’s genius grant, and it appears that Oladele was at the Numbani Airport during the attack. In the bottom right hand side of the photo, Oladele is credited for taking the photo. What a coincidence.

Motives behind the attack are still unknown, the image reads, with all flights in and out of Numbani suspended. Eyewitnesses at the event report sightings of… something. Or someone. The live ticker in the tweet’s still photo is cut off, but we’re still asking: Is it Doomfist?

Something is happening in Overwatch’s world, but it’s not exactly clear just what it is. We expect Blizzard will drop information quickly from here on out.