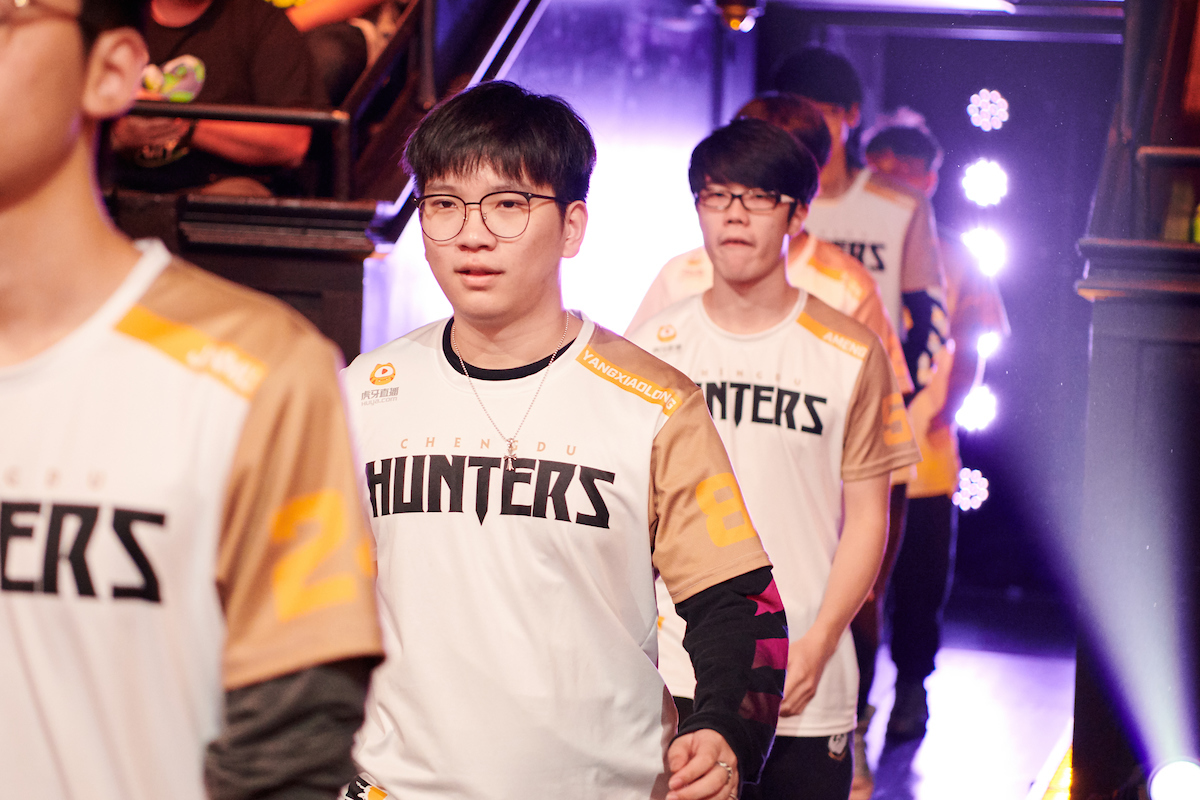 “After a mutual agreement, we announce with a heavy heart the termination of the contracts of players Zhihao ‘YangXiaoLong’ Zhang and Yansong ‘jiqiren’ Wei,” the team wrote. “Thank you both for your hard work both on and off the stage in the 2019 Season. Thank you for Hunting with us.”

YangXiaoLong signed with the Hunters in November 2018 following the team’s creation, while Jiqiren joined the roster in January. Neither appeared on stage with the team until stage three, however, due to visa issues.

The Hunters made little changes to their roster in season two despite failing to find success in the season’s prominent triple-triple meta. The Chinese team picked up DPS Huang “Leave” Xin in July, although he was ineligible to compete at the time due to age requirements. Leave will join the team on stage for season three in February.

YiangXiaoLong and Jiqiren are the first players to part ways with the roster since its creation. Jiqiren’s departure leaves the team without a second main tank, although the team may have prematurely revealed its signing of Chen “ATing” Shao-Hua earlier in the month.

The Overwatch League returns for its third season on Feb. 8 with the match between the Paris Eternal and the newly rebuilt Toronto Defiant at 1pm CT. The Chengdu Hunters play their first game of the year against the Shanghai Dragons at 6pm CT on Feb. 15.