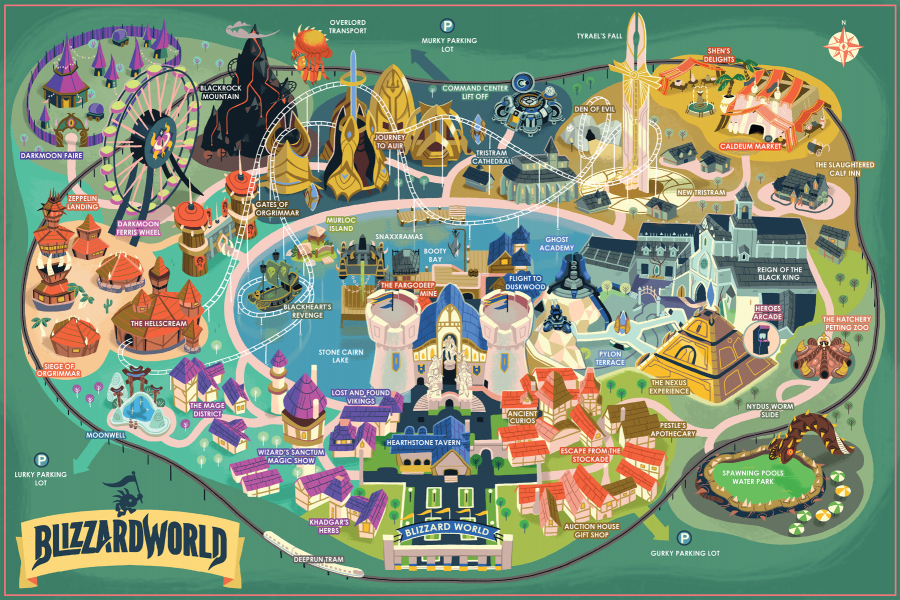 If we dream about Blizzard World hard enough, we might be able to will it into existence.

We’re at least one teeny-tiny step closer with a real-life Blizzard World map. That’ll do the trick for now. Blizzard is releasing a limited-edition Blizzard World art print on the Blizzard Gear store. The print itself if a bit pricey at $50—and only 1,000 are available.

The print is 10.5 by 16 inches and comes with a Blizzard World park guide pamphlet. Blizzard World combines a number of Blizzard games into one Disney-like amusement park, including World of Warcraft, StarCraft, and Diablo. Each game has its own separate segment of the park with rides, concession stands, and gift shops.

“In Overwatch, heroes do battle in diverse locations around the world,” Blizzard wrote in the print’s description. “From locales such as the Black Forest to Watchpoint: Gibraltar, each location is unique in both objectives and win conditions… and Blizzard World is no exception! Celebrate this unique Overwatch experience with this exclusive print today.”

Blizzard World is expected to launch in Overwatch as a playable map on Jan. 23. Overwatch will get a ton of new cosmetic content with the launch of Blizzard World, too, including a shiny Pharah legendary skin.