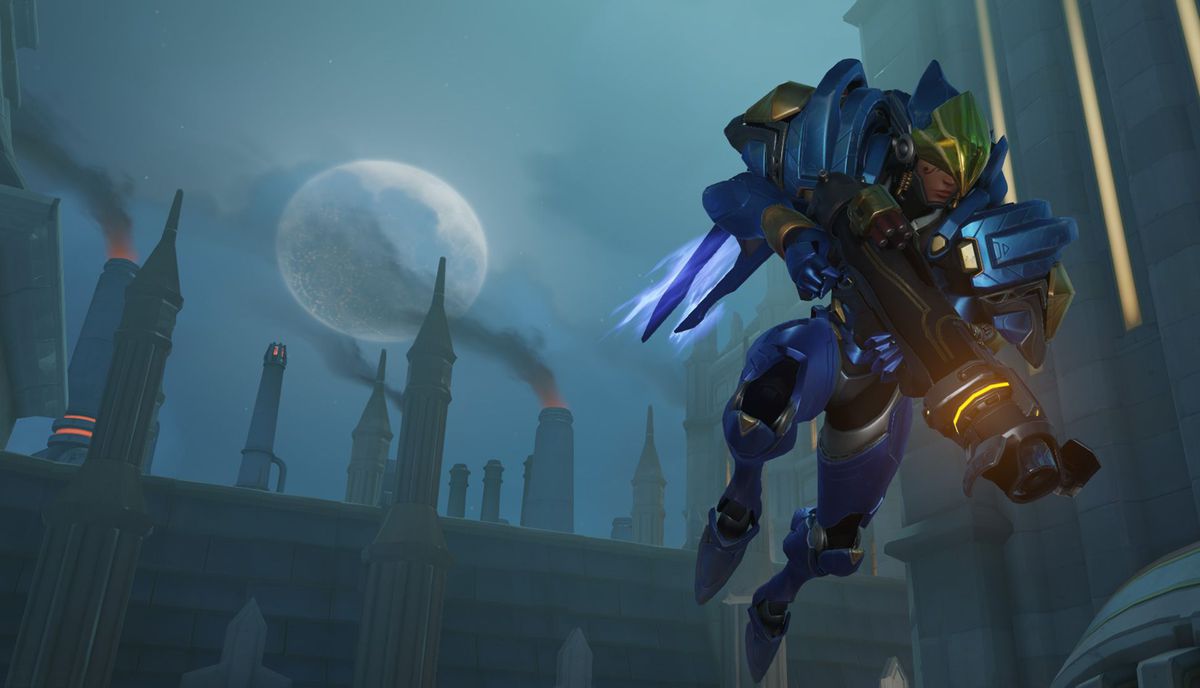 A new Pharah skin is coming to Overwatch next week alongside the anticipated Blizzard World map.

Blizzard showcased the new skin in a tweet posted to the official Overwatch Twitter account. The shiny, gold legendary skin takes inspiration from Pharah’s Egyptian heritage. It’s called Asp Pharah—a reference to the Egyptian cobra, which is often used as a sign of royalty.

The new legendary appears to have been teased earlier in the week when Blizzard posted a video revealing new Overwatch sprays. In the video, fans spotted four heroes sporting skins that don’t exist—yet. Pharah’s golden look was one of them. That means D.Va, Hanzo, and Lúcio could all be receiving new legendary skins, too.

Blizzard is expected to reveal new content every day up until the release of Blizzard World. All the new items will be added to Overwatch’s base loot boxes, according to Blizzard.