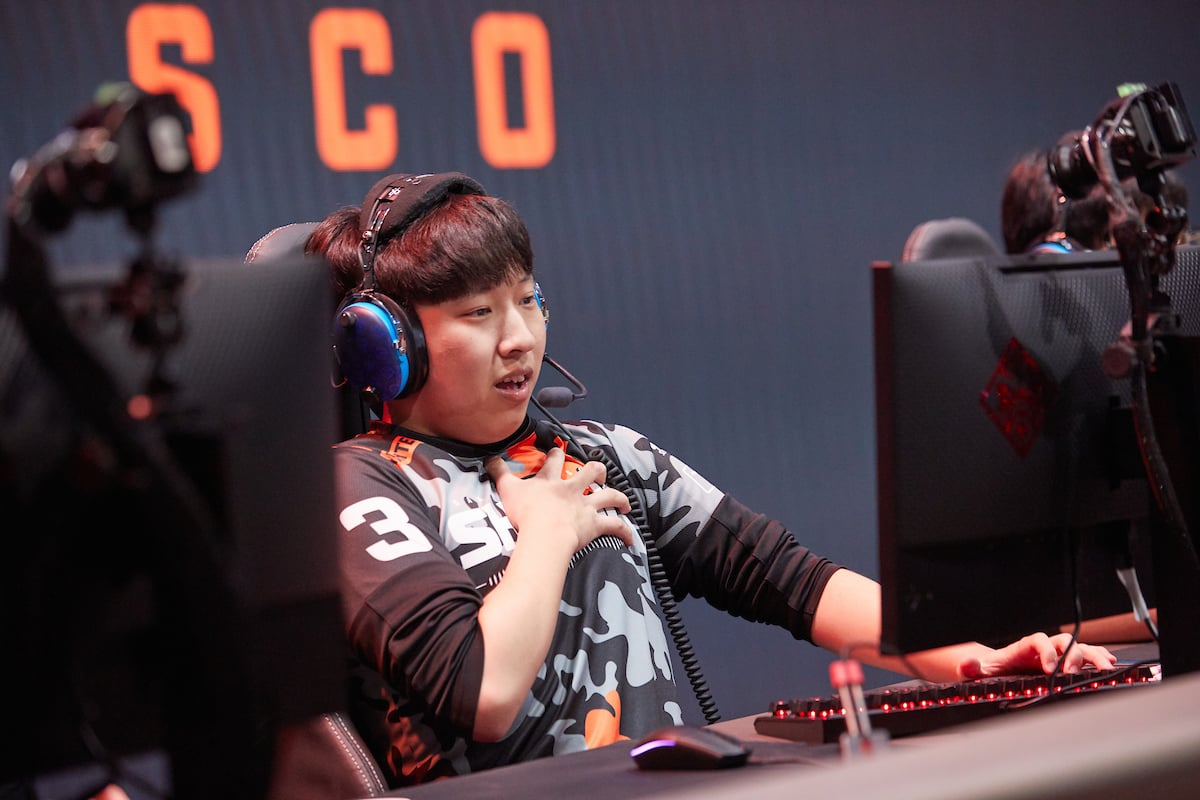 Every Overwatch League match is full of great plays and clutch moments, considering the league pits the best players in the world against each other. Out of these hundreds of individual moments, only some plays have been elevated to the level of legend. These are the moments that are constantly replayed, shared, and picked apart for expert analysis.

Here are seven plays that defined the Overwatch League’s 2019 season.

During the 2019 Overwatch League grand finals, the San Francisco Shock stopped at nothing to achieve their victory. No play exemplified this mindset more than DPS Park “Architect” Min-ho’s wild Bastion antics on Eichenwalde. As the Shock rounded the corner on their attack, Architect required better sight lines to make use of Bastion’s ultimate. Instead of waiting for teammate Kim “Rascal” Dong-jun to lift him to the large chandelier with Mei’s Ice Wall, Rascal took things into his own hands.

He used Bastion’s ultimate fire to launch himself off the nearest ledge and directly onto the chandelier. The move allowed the Shock to push the Vancouver Titans back and take all three points of Eichenwalde. Architect’s play was one of the rare times where style was mixed with practicality.

Popular streamer Daniel “Dafran” Francesca was only in the league for a single stage as a part of the Atlanta Reign. During that short time, he made his mark with a well-placed Graviton Surge that was reportedly inspired by Reddit.

While facing the Paris Eternal, Dafran and main support Petja “Masaa” Kantanen rode the elevator to the top of Hollywood’s Point A, confusing even the Overwatch League’s casters. They proceeded to use Zarya’s alternate fire and Lúcio’s speed to catapult themselves over the roof, dropping a Graviton Surge on the unsuspecting Paris Eternal. It was the most stylish play of 2019 by a long shot.

If you want a job done right, do it yourself. Jeong “Erster” Joon took the Atlanta Reign’s fate into his own hands while attacking the first point of Eichenwalde.

Erster, as Tracer, snuck around the tower corner as Nathan “frd” Goebel readied Sombra’s EMP ultimate. After EMP was used, the Washington Justice found themselves without defenses as Erster slam-dunked a Pulse Bomb into the frontline and scored four kills. Erster cleaned up the point with a few easy shots, scoring himself an “ace,” or six eliminations credited to a single person in the kill feed.

Kim “Fury” Jun-ho is widely regarded as one of the most talented D.Va players in professional Overwatch, especially when it comes to absorbing ultimates. The former London Spitfire off-tank has been picked up by the Philadelphia Fusion for the 2020 Overwatch League season. They may have been impressed with plays like this one.

As the Spitfire took on the Atlanta Reign in a chaotic teamfight, Atlanta’s DPS Andrej “Babybay” Francisty readied himself to use Zarya’s Graviton Surge. Within a split second, Fury turned all the way around to “eat” the Graviton Surge, then immediately returned to protect the backline. Absorbing ultimates is normally difficult for D.Va players when that one job is their only focus. Fury can do it so quickly that it takes multiple viewings of the clip to even see what he did.

Teamwork makes the dream work, at least according to DPS Yang “DDing” Jin-hyeok and support Son “CoMa” Kyeong-woo of the Shanghai Dragons. During the Dragons’ stage championship match against the San Francisco Shock, both players worked together to demolish the enemy team with a single ultimate.

As the Shock attempted to take the first point of Horizon Lunar Colony, the Shanghai Dragons set up DDing for a perfect ultimate. While the Shock were trapped in an open “hallway,” DDing unleashed Barrage on the entire team, breaking shields and using up defenses. CoMa, as Mercy, flew in to body block his Pharah when the enemy D.Va tried to strike back. While it was a team effort from the Shanghai Dragons, CoMa’s quick thinking allowed DDing to capitalize on the optimal positioning.

The Los Angeles Valiant had a rough time during the 2019 Overwatch League season, experiencing a winless 0-7 stage and weathering many unfavorable meta shifts. One thing that never changed was Park “KariV” Young-seo’s ability to hit aggressive DPS players with Ana’s Sleep Darts. The flex support, now signed to the Toronto Defiant, became infamous for his quick reflexes against enemy damage dealers.

His most impressive sleep dart was against the Vancouver Titans’ Kim “Haksal” Hyo-jong on Dorado. Haksal, on Pharah, hovered behind KariV and the Valiant backline while using a roof for cover. KariV aimed upwards with perfect projectile timing and put Haksal to sleep, causing the DPS to slide down the roof and directly into a Los Angeles Valiant slaughterhouse. A Reddit user compiled a video of KariV’s best sleeps if this one wasn’t enough.

During the Overwatch League season, Choi “JJanu” Hyeon-woo was mostly known for his D.Va play as a part of the Vancouver Titans. As the season progressed and metas changed, JJanu was allowed to let out his wild side on Roadhog. The New York Excelsior faced the brunt of his off-tank expertise on Blizzard World.

As the NYXL tried to move the payload past the bridge section of the map, JJanu took the high ground. He eliminated one support with Roadhog’s hook, then got a Nano Boost from his Ana. Using Roadhog’s Whole Hog ultimate, he eliminated three more members of New York. JJanu then hopped off the high ground and cleaned up the rest of the team. Much like Erster, JJanu scored the rare ace by eliminating all six members of an enemy team.