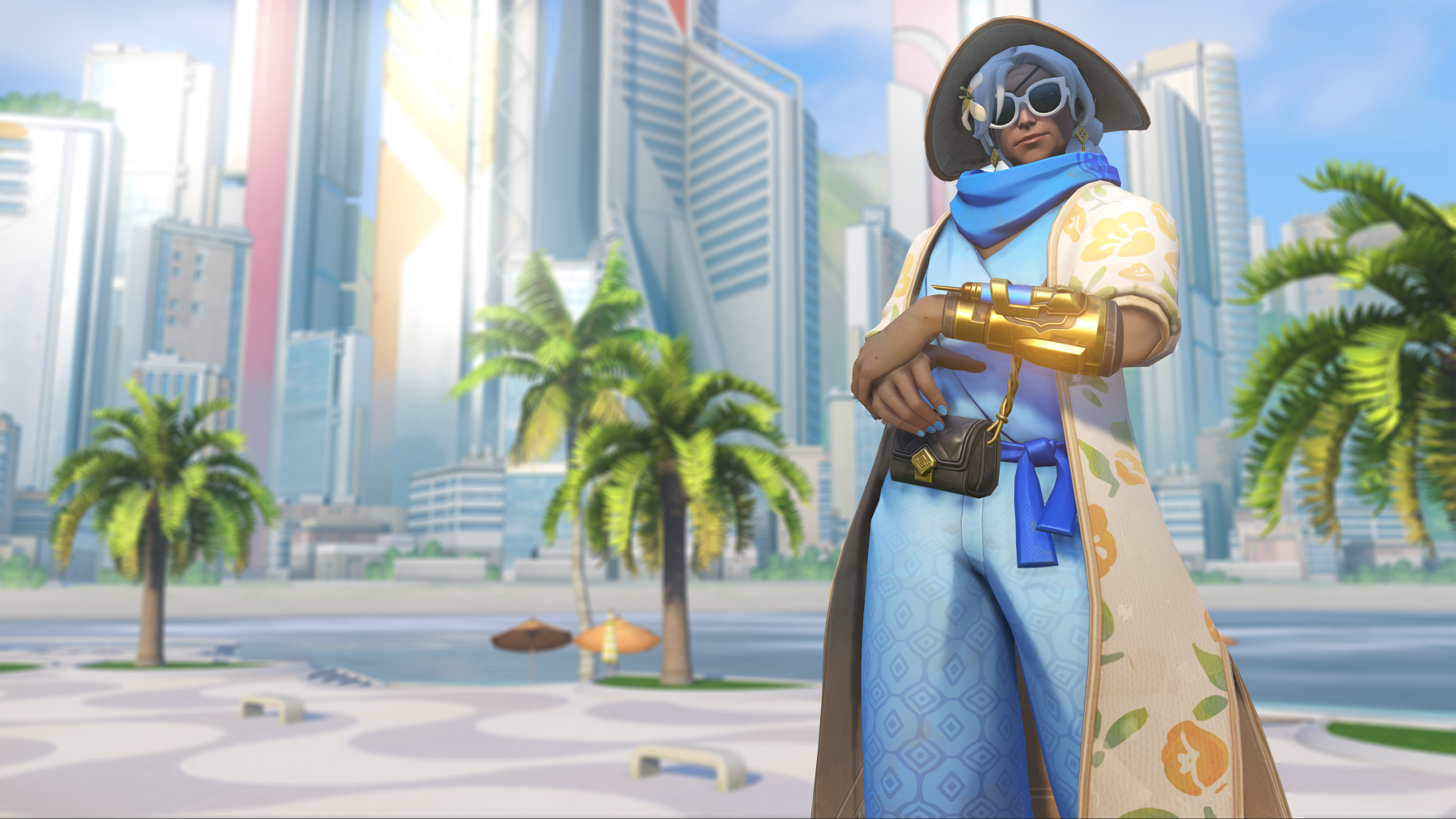 Whether in the scope of lore or gameplay, Overwatch wouldn’t be what it is without Ana Amari. The sniper healer was the first additional hero added to the game after launch, becoming an important part of various metas over the years.

In the game’s story, Ana was a founding member of the Overwatch organization and worked alongside Soldier: 76 and Gabriel Reyes, eventually known as Reaper, to fight the omnic crisis. While they made the world a safer place, Ana would later learn that the organization caused more problems than it solved. After surviving a headshot from Widowmaker, Ana hid her own recovery and operated in the shadows for years, repairing the ills that Overwatch created.

Though she’s seen as a motherly figure in the game—Fareeha Amari, or Pharah, is her daughter—the fact that Ana’s kept up her ability to fight after all these years proves that being a badass doesn’t have an expiration date.

As one of the earliest “additional” heroes in the game, Ana has had a long time to rack up some excellent skins. Designers weaved lore into nearly all of her skins; here are a few of the best to put on your wish list.

As one of the oldest Ana skins, Shrike is an extremely popular choice for Overwatch players. Not only is it affordable, costing only 250 gold, but it’s also very well-designed for being so easily accessible. Shrike gives Ana a black and blue outfit with bright, ice blue details. Her helmet shows a digital triangle instead of her face, giving the skin an eerie, robotic feel. Ana’s Shrike skin walked so the Squid Game soldiers could run.

Legends have been told about Ana’s time with Overwatch and this skin shows us how she looked back in the day. As second-in-command for the organization, Ana was responsible for keeping the peace and getting the job done. The Captain Amari skin gives her long, flowing hair (definitely meant to resemble that of her daughter, Pharah) and her iconic Eye of Horus tattoo. This is long before her eventual near-fatal injury at the hands of Widowmaker. For a Legendary skin, this is an option that packs great design and tons of lore into a small package.

A lot of players see Ana as a kind, wise old woman, but we think Ghoul really brings out her inner demon. This Halloween Terror skin gives her a reasonable black, grey, and bright orange outfit, but the real focus is on her unsettling jack-o’-lantern mask. Much like Shrike, the goal here seems to be to weird out enemies long enough to hit them with a Sleep Dart. If you want to creep out your enemies, Ghoul might be the choice for you.

Just kidding about the Ghoul skin. If you really want to creep out your enemies, use this Lunar New Year skin. It’s a nod to Korean culture, but it’ll definitely give those Western competitive mode warlords a scare.

Despite being a serious threat on the battlefield, Ana has a sense of humor about her situation and her past. With only one eye, the choice to dress up as a pirate was apparently an easy one for her. This Legendary Halloween Terror skin decks Ana out in the ultimate pirate outfit, complete with an eyepatch, bandana, and very puffy pants.

Overwatch designers obviously had a ton of fun with this one, considering they threw a knife on Ana’s gun and attached a bird to her shoulder. We’re not sure where the bird goes when Ana steps into battle and we maybe don’t want to know.

One of the rarest Ana skins out there, the Epic Bastet skin was only available during a challenge event in early 2019. This is another skin that packs a visual punch while carrying a storyline. “They say a masked vigilante named Bastet stalks the streets of Cairo, striking fear into the hearts of the corrupt,” the skin’s description reads. Ana took up a lot of strange hobbies after the fall of Overwatch and becoming Cairo’s version of Batman is one of them.

The skin is visually based on the Egyptian goddess Bastet, who is represented in ancient artwork with a cat’s head. Ana’s outfit is covered in gold—not a usual choice for someone sneaking in the shadows—which brings it even closer to a representation of the goddess.

In some of Overwatch’s voice lines and interactions, Ana jokes about retirement not being for her, but she sometimes relents. After Soldier: 76 asks her to admit battle is better than retirement in one interaction, Ana quips, “You haven’t been to Kauai, have you?” Cabana Ana, one of the best skins in the game, is definitely her Kauai outfit.

Instead of her usual battle-ready gear, Ana opts for a flowery poncho, breezy blue pants, and a floppy hat. White sunglasses obscure her face and make her look like some kind of celebrity. She’s even rocking gladiator sandals for the full vacation vibe. This Legendary Summer Games skin gives us the gift of seeing an older woman stunt on some upstart kids in Ilios before hitting the beach. It might be 1,000 gold, but it’s worth every single piece.