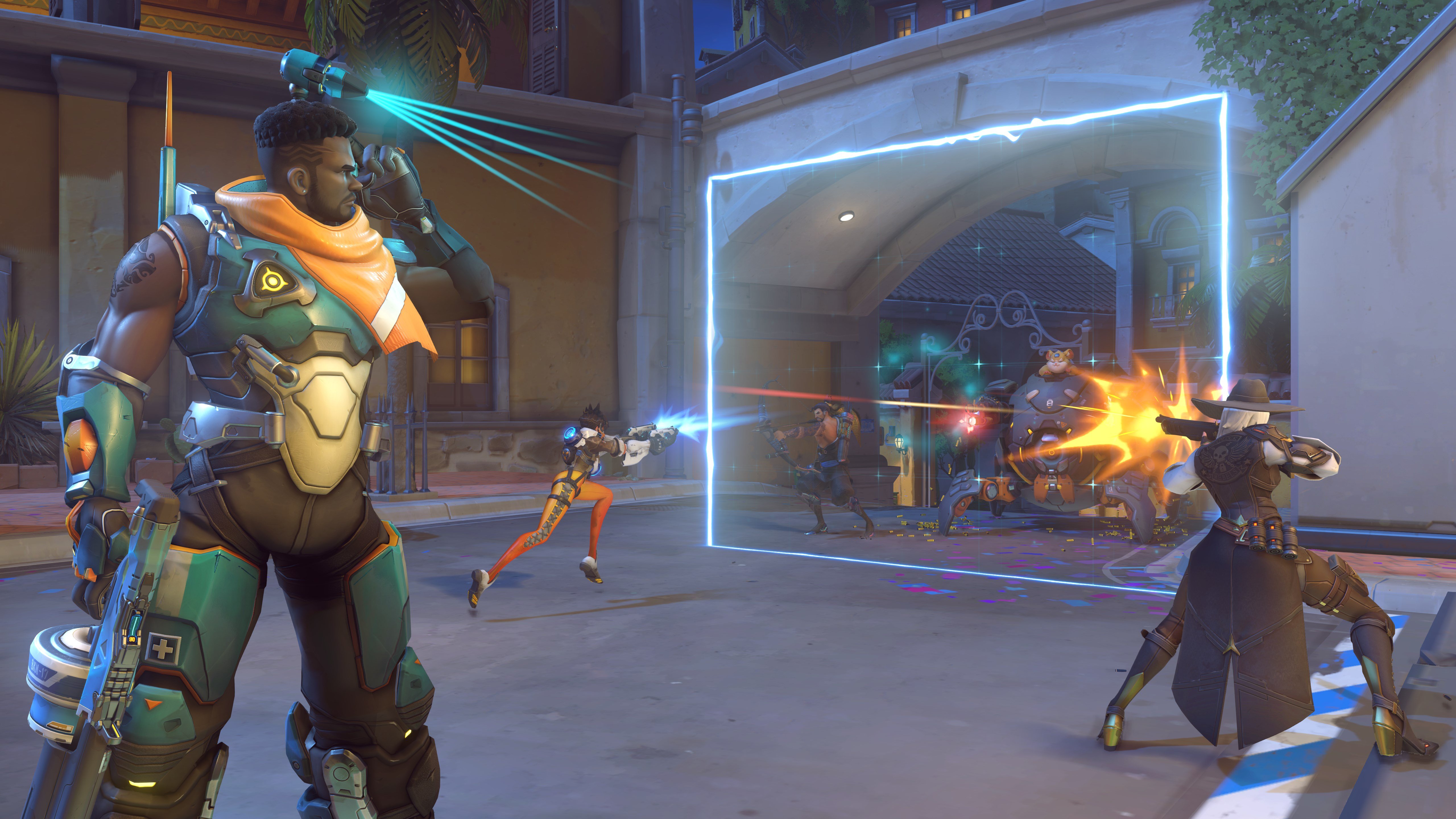 Overwatch players may finally have their weapon for unseating the omnipresent triple-triple meta. The three tanks and three supports style, often referred to as GOATS, has led to a stale Overwatch meta for months.

Enter Baptiste, a combat medic support character with a kit based around amplification and group healing.

Triple-triple is a team composition that uses Reinhardt, D.Va, and Zarya along with Lúcio and Brigitte in addition to a third healer, normally Zenyatta or Ana. There are two keys to this composition working successfully: the team must move as one singular unit and coordinate their ultimates, often combining them for maximum damage.

Some parts of Baptiste’s kit reduce the need to be grouped up, but some still encourage the practice. The alternate fire of his main weapon is a Biotic Launcher, which gives burst healing to allies. This does healing over time in the same way that Ana’s Biotic Grenade does, but with one major change: the grenade will not heal Baptiste himself, according to the developer update. His Regenerative Burst ability heals himself and allies over time.

A critical part of Baptiste’s kit is his secondary ability, known as Immortality Field. Baptiste drops a force field that still allows teammates behind it to take damage, but prevents them from going below a certain percentage of health. This means that, if placed at the right time, the Immortality Field could prevent deaths from critical ultimates like Zarya’s Graviton Surge. Even normally guaranteed team eliminators like D.Va’s Self-Destruct and Junkrat’s RIP-Tire would only damage a team to the brink of death thanks to Baptiste’s Immortality Field.

While the Immortality Field can be removed by destroying the projection grenade in the middle (the same way Orisa’s ultimate can be removed), it’s still a threat to the triple-triple meta. Many times, team fights are won by combining Zarya’s Graviton Surge with another ultimate, such as D.Va’s Self-Destruct or Reinhardt’s Earthshatter. If an Immortality Field is placed at exactly the right time, Baptiste could save his team from these ultimate combinations, and essentially render them useless. Streamer Brandon “Seagull” Larned demonstrated this below.

Of all Baptiste’s abilities, his ultimate, Amplification Matrix, may be the biggest game-changer for the Overwatch meta as it stands. Amplification Matrix is a rectangular shield-like projection that doubles the healing or damage of friendly projectiles that are sent through it. This has enormous consequences for tanks and healers in particular.

For healing characters who rely on projectiles, such as Ana and Moira, the presence of an Amplification Matrix can change them into saviors for their team. All of Ana’s abilities are projectile-based, meaning her primary fire healing, anti-healing grenade, and healing grenade will all be doubled by the matrix. In effect, this encourages Ana to be run along with Baptiste, disrupting the need for a strict Brigitte/Lúcio duo pick in every team composition.

Damage-dealing heroes will also be able to disrupt the tank-based meta thanks to the Amplification Matrix. Many videos and anecdotes have already surfaced on social media demonstrating the powerful effects of Baptiste’s ultimate. Retired coach Thomas “maid” Mok shows that an amplified Bastion can take down a Reinhardt even if the Reinhardt is being healed by both a Zenyatta and an Ana.

There are nearly limitless capabilities for projectile-based heroes to do unbelievable damage to tanks thanks to the Amplification Matrix. Hitscan heroes like McCree, Soldier: 76, Tracer, and Widowmaker may come back into the meta due to the power of critical hits through the matrix. Projectile heroes like Junkrat will have their entire kits boosted by Baptiste. If an entire team stands behind the Amplification Matrix, they can easily mow down even the strongest triple-triple tanks.

While the presence of an ultimate of this power has to potential to change the game, nothing is certain. An additional set of big hero changes came through the PTR at the same time as Baptiste’s arrival. These changes increase the viability of some heroes, such as Soldier: 76, McCree, and Widowmaker, increasing the likelihood of their presence in the future meta.