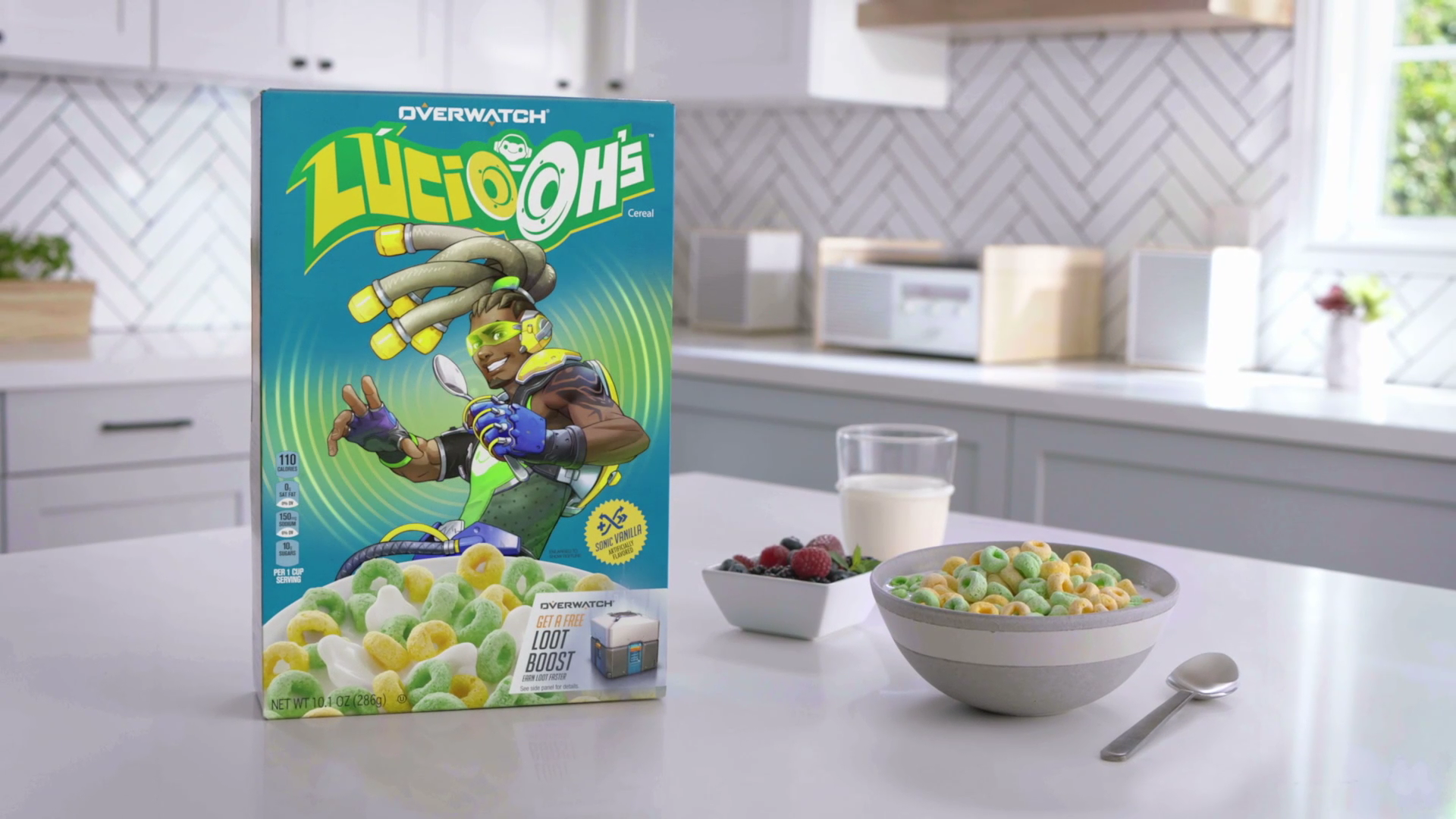 Fan-favorite spray, Lúcio-Oh’s, is coming to life with a new cereal from Blizzard and Kellogg’s. Revealed during the BlizzCon 2018 opening ceremony, Lúcio-Oh’s will be available for sale in December.

Fans have wanted this cereal so bad that they’ve created a fan petition—and it looks like it worked. Originally just a spray in game, Lúcio-Oh’s are finally a reality. The cereal appears to be similar in design to Apple Jacks, but the flavor listed on the box is “Sonic Vanilla.” No word on what that means. BlizzCon attendees will be able to try out the cereal throughout the weekend. The event continues from Nov. 2 to 3.

Pricing isn’t available, but there’s no reason to believe it’ll be any more pricey than your standard box of cereal. Blizzard and Kellogg’s are also reportedly offering a “free loot box boost” to anyone who buys the cereal. Like with the promotional Pop-Tarts before it, buyers will have to redeem their receipt on the Kellogg’s Family Rewards website. The loot box boost gives out an extra loot box once the player levels up in game, meaning they’ll get two at once after hitting a promotional goal.

The loot box boost will begin on Dec. 3, according to the box art posted to The Junk Food Aisle, and continue through Dec. 31. The partnership is one of many Overwatch licensing deals announced this year. Blizzard and Overwatch have partnered up with other companies like LEGO and Nerf. With Kellogg’s, Blizzard has also issued other deals for fans that purchase specific products, like Pop-Tarts.