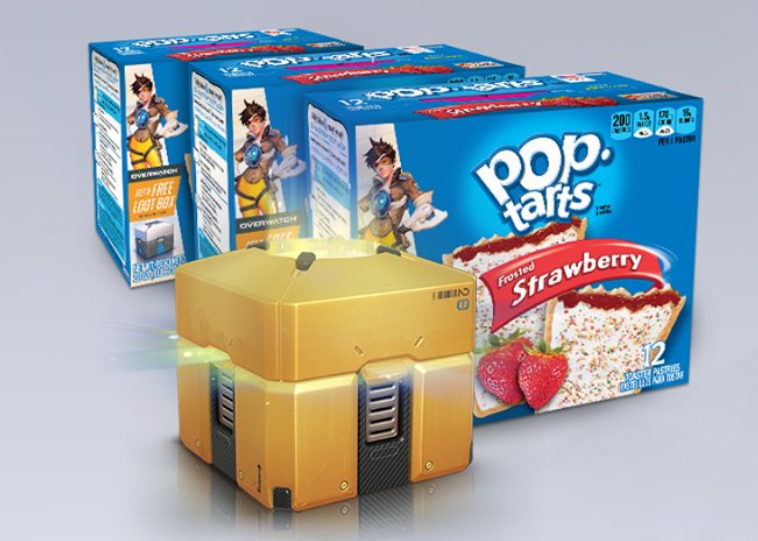 We hope you like Pop-Tarts. If you’re really gunning for a legendary Overwatch skin, you can purchase three boxes of Pop-Tarts, specifically from Target, to earn a golden loot box.

Target, Kellogg’s, and Blizzard are running the promotion until Nov. 30—and apparently Overwatch-branded boxes started popping up in stores on Sept. 1. Here’s what you’ve got to do: Buy the Pop-Tarts from Target. (They must be one of the 12-pack boxes, so you’re in for a lot of Pop-Tarts.) Take a photo of the receipt and the purchases, which must be in the same transaction. Log into the Kellogg’s Family Rewards site to upload the photo within 30 days of purchase. Players have until Dec. 30 to upload their receipts.

Related: Twitch is giving out another golden loot box

Golden loot boxes are especially valuable in the world of Overwatch. Each guarantees the loot box holder at least one legendary-ranked skin. Regular loot boxes only include at least one item out of the four at a rare or higher value. Typically, these loot boxes have been tied to Twitch Prime, given out periodically to players that subscribe to the service. (There’s currently a Twitch Prime promotion going on until Oct. 8, and another scheduled later in the month.)

With the Kellogg’s promotion, the company is also giving away Overwatch posters. There are six posters available, one each of Bastion, Tracer, Sombra, Hanzo, Soldier: 76, and Genji. Overwatch fans can earn them by buying select Kellogg’s products, including Pop-Tarts. One purchase, one poster, so players can earn all six if they want to shell out the cash. Only these products are part of the promotion, however: fruit variety pack Pop-Tarts, strawberry and brown sugar frosted Pop-Tarts, chocolate variety pack Pop-Tarts, and the Pringles/Cheez-It caddy pack.