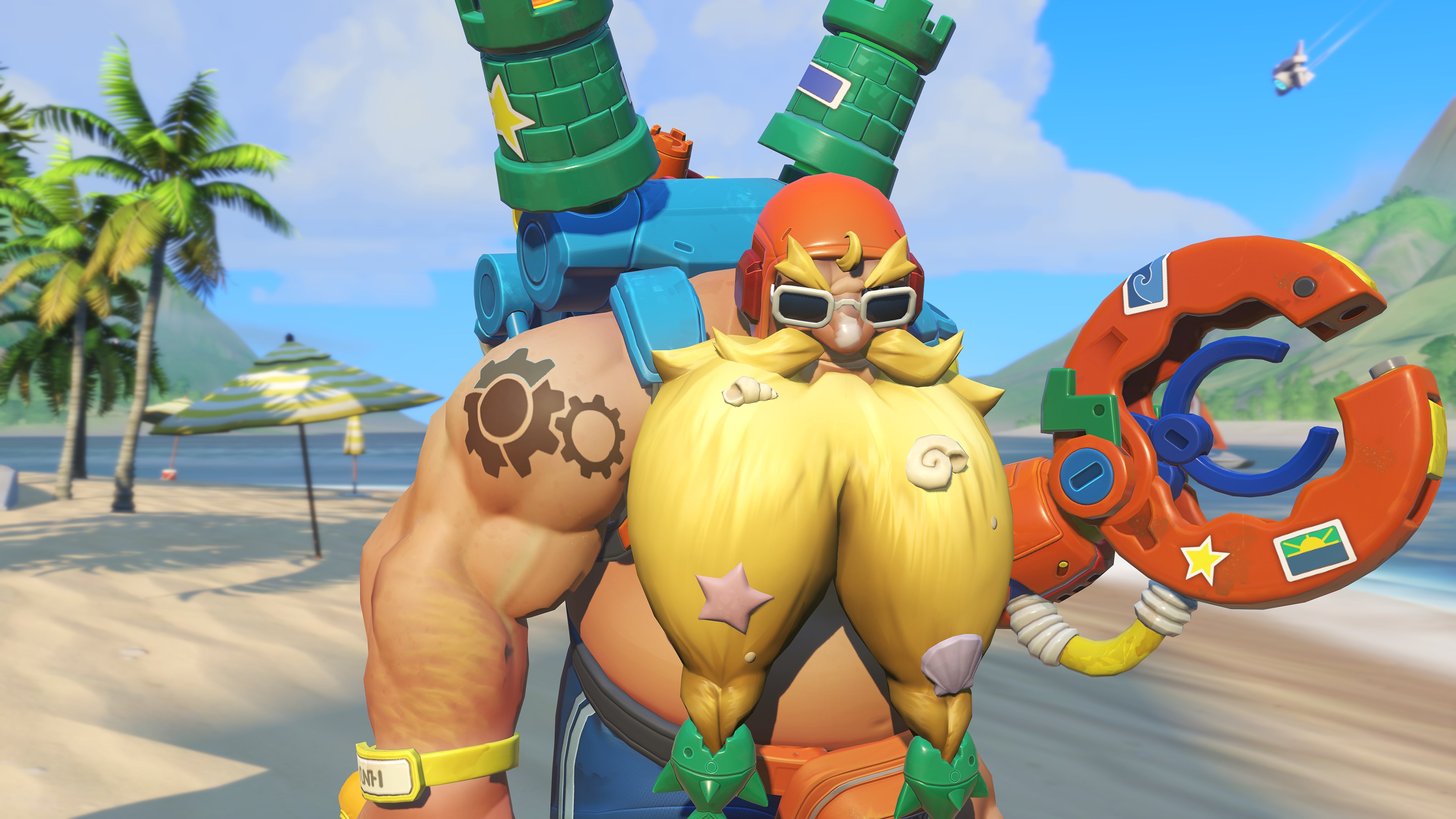 Country pride, fencing outfits, and bathing suits, oh my! Overwatch‘s Summer Games 2019 event begins July 16 and brings with it seven new skins that players can unlock. This year, three of the skins can only be unlocked by completing weekly challenges. In addition to these skins, multiple new emotes and player icons will be available.

For Summer Games 2019, the three epic skins available can only be unlocked by completing weekly challenges throughout the event. These challenges resemble previous Overwatch challenges like Baptiste’s Reunion Challenge. Players will need to win nine games of quick play, arcade, or competitive mode to unlock an epic skin each week.

The theme for the Epic skins available during the Summer Games event seems to be country pride. Mei, who hails from China, sports a red and gold outfit that matches the Chinese flag. This isn’t such a wild idea considering other characters have skins that reflect their heritage, such as Sombra’s “Mexicana” and Brigitte’s “Tre Konor.”

A proud German through and through, it’s Reinhardt’s turn to get a patriotic skin. His normally gray armor has been detailed with yellow and red to reflect the colors of the German flag. There hasn’t been any word on any additional updates to reflect his noted love of David Hasselhoff.

Independence Day was a few weeks ago, but Reaper is still going to shoot off some fireworks. The wraith’s normal black outfit has been upgraded to full red, white, and blue to reflect his American heritage. We have a strange feeling all of Team USA at this year’s Overwatch World Cup will be fighting to use this skin.

As is usual for every Overwatch event, Summer Games brings with it a few rare Legendary skins. Four can be unlocked during Summer Games 2019 and each will cost 3,000 gold.

Wrecking Ball may be a hamster, but he still wants to compete in Lúcioball…even if he has to be the ball. Hammond is given an outfit that matches Lúcio’s athletic wear and his faithful mech has been altered to look like a standard Lúcioball. Wait, does this mean Wrecking Ball has been in every season of Lúcioball and we just didn’t know it?

Genji takes his turn training with this “Kendoka” outfit. Genji is outfitted in padding and protective wear to practice kendo, a traditional Japanese martial art. While a wooden sword is used in kendo, and is used in this skin, we’re pretty sure Genji can still cut through entire enemy teams with it.

While his brother gets some sword practice in, Hanzo seems to be hitting the beach. Only Hanzo could possibly combine fisherman aesthetics with summertime fashion. Even his tattoo seems to be updated to a more aquatic design. Most fans seem to be appreciative of all parts of his outfit except the shoes, which vaguely resemble futuristic Crocs.

Even an engineer deserves a day at the beach. In this truly wild skin, Torbjörn puts on his bathing suit and accessorizes with everything necessary to enjoy the summer. He has sandcastle molds on his back, a water-spewing turret, and even a few fish attached to his beard. We’re not sure if the seashells attached to his beard are intentional or just a side effect of swimming.