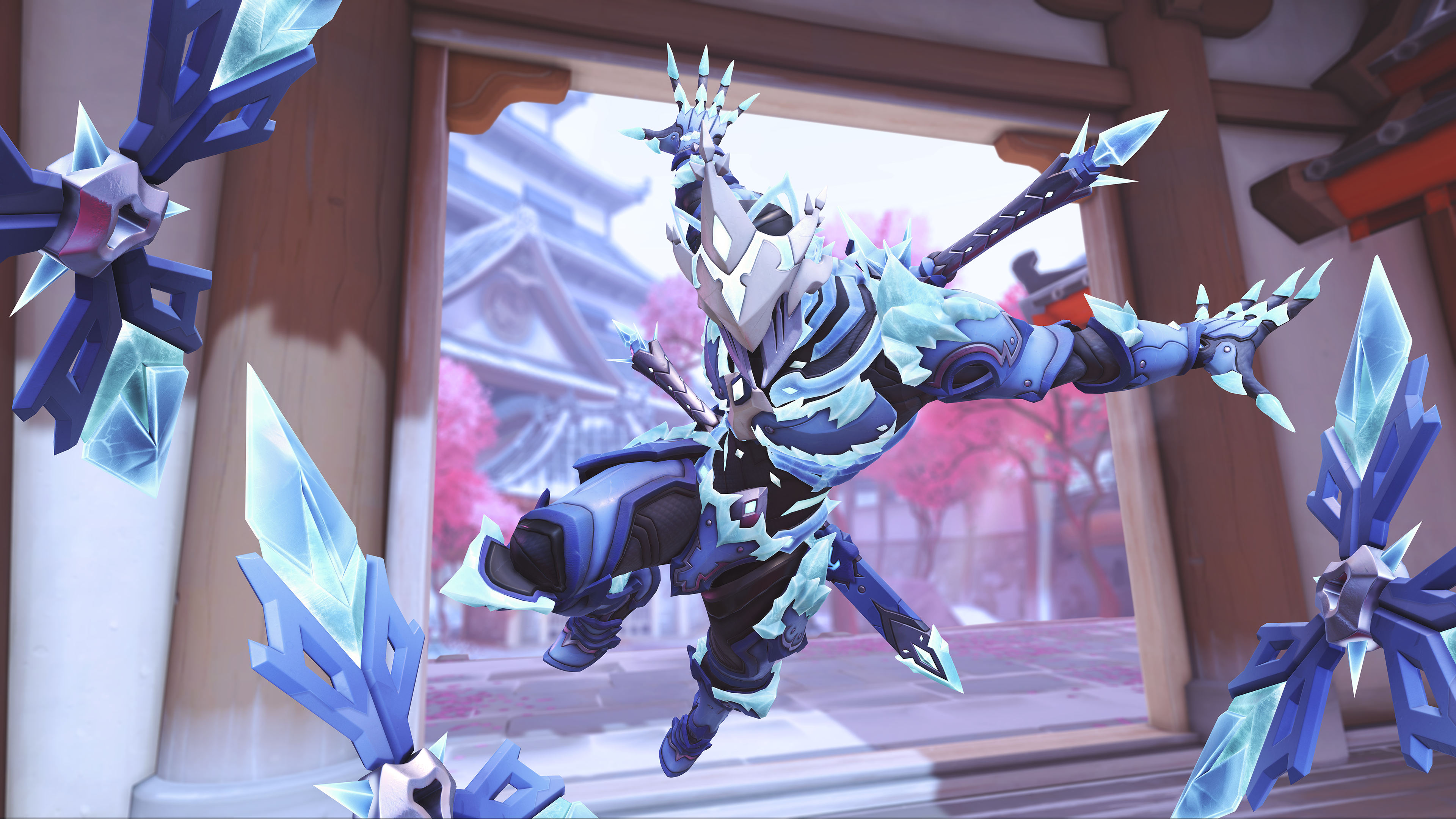 Deck the halls with holly and throw on copious amounts of glitter, because Overwatch‘s Winter Wonderland is here once again. From Dec. 16 to Jan. 6, players will get to enjoy game modes like Mei’s Snowball Offensive while racking up wins and gold to unlock exclusive skins.

This year, five new Legendary skins and three Epic skins are up for grabs. Though some are adorably festive, others have given us a healthy dose of holiday fear. Check out all the new 2021 skins below.

Epic skins can only be unlocked by participating in weekly challenges throughout the event’s duration. Pay special attention to the dates; event skins are only available during the single week that they’re highlighted, and then they’re gone for good.

Tracer already has one of the best holiday skins in the game with the elf-tastic Jingle. Now, she can add another one to her wardrobe. Wooltide Tracer gives her a marvelously cushy sweater, possibly handmade, and a hat with a matching fluffy brim. This is the ideal outfit for when you have to shut down an Omnic Crisis at three and then be home for dinner with Emily at six.

The skin will be available from Dec. 16 to Dec. 23 as a part of the first Winter Wonderland weekly challenge.

For how much she loves to “set up the car wash” and lure unsuspecting supports to their doom, we’re a little surprised developers are trusting Symmetra with a mistletoe-inspired skin. The festive skin, available from Dec. 23 to Dec. 29, gives the damage dealer a red and green dress and a crown adorned with leaves and berries. Watch for turrets if you lean in for the kiss, though.

We wouldn’t say this where Brigitte could hear us, but we had no idea Overwatch was looking for a Wendy’s partnership. She may not have any burgers on hand, but from Dec. 31 to Jan. 6 she’ll definitely be slinging some frosty justice. Though her armor looks edible, we don’t suggest chomping into her mace to find out for sure.

Legendary skins can only be unlocked by opening Winter Wonderland loot boxes, available during the event’s duration. These skins can also be purchased for 3,000 gold in the Hero Gallery.

Though it might just be an excuse to put “sleigh the holidays” as a caption on whatever the Overwatch universe’s version of Instagram is, D.Va never misses with her event outfits. Her mech is decked out like a classic holiday sleigh, complete with a wreath dangling off the back. D.Va herself dons a plaid dress with adorable snowman bunnies that we wish was available in real life.

She may not be the most famous reindeer of all, but Orisa certainly knows how to get into the holiday spirit. This skin turns the friendly omnic into the most realistic lawn ornament any of us could possibly hope for. Though Reindeer Orisa still sports the hero’s iconic weapon, she does have a pretty present strapped to her back that may or may not also be deadly.

Players said they wanted a “cool” skin for Genji and developers took the suggestion very seriously. The Ice Wraith skin turns the ninja into a frosty nightmare, giving him sharp icicles on all of his joints and cobalt blue armor beneath them. His normal katana has been replaced with razor-like ice. Though the skin will bear the brunt of many chilly puns, it’s amazing.

Baptiste is a globe-hopper, heading from sunny sands to frosty peaks in search of adventure or running from his past. This time, he’s taken a page out of Lúcio’s book and hit the slopes. Baptiste’s usual tactical wear has been traded for a fashionable sweatshirt and baggy pants. We’re not entirely sure about the Nerf-esque makeover his weapons have gotten, but go with whatever keeps you reflective and safe on the mountains.

Overwatch designers always give Hammond skins that toe the line between “adorable” and “ethereally terrifying in a way we can’t explain.” This Snowman skin is another one of those. Though the Wrecking Ball mech itself is adorable and looks like a lightly melted version of a happy snowman, Hammond has somehow found his own Santa beard and fluffy cap. It’s adorable, but he also looks like a hamster that watches you while you’re sleeping so he can steal your presents.