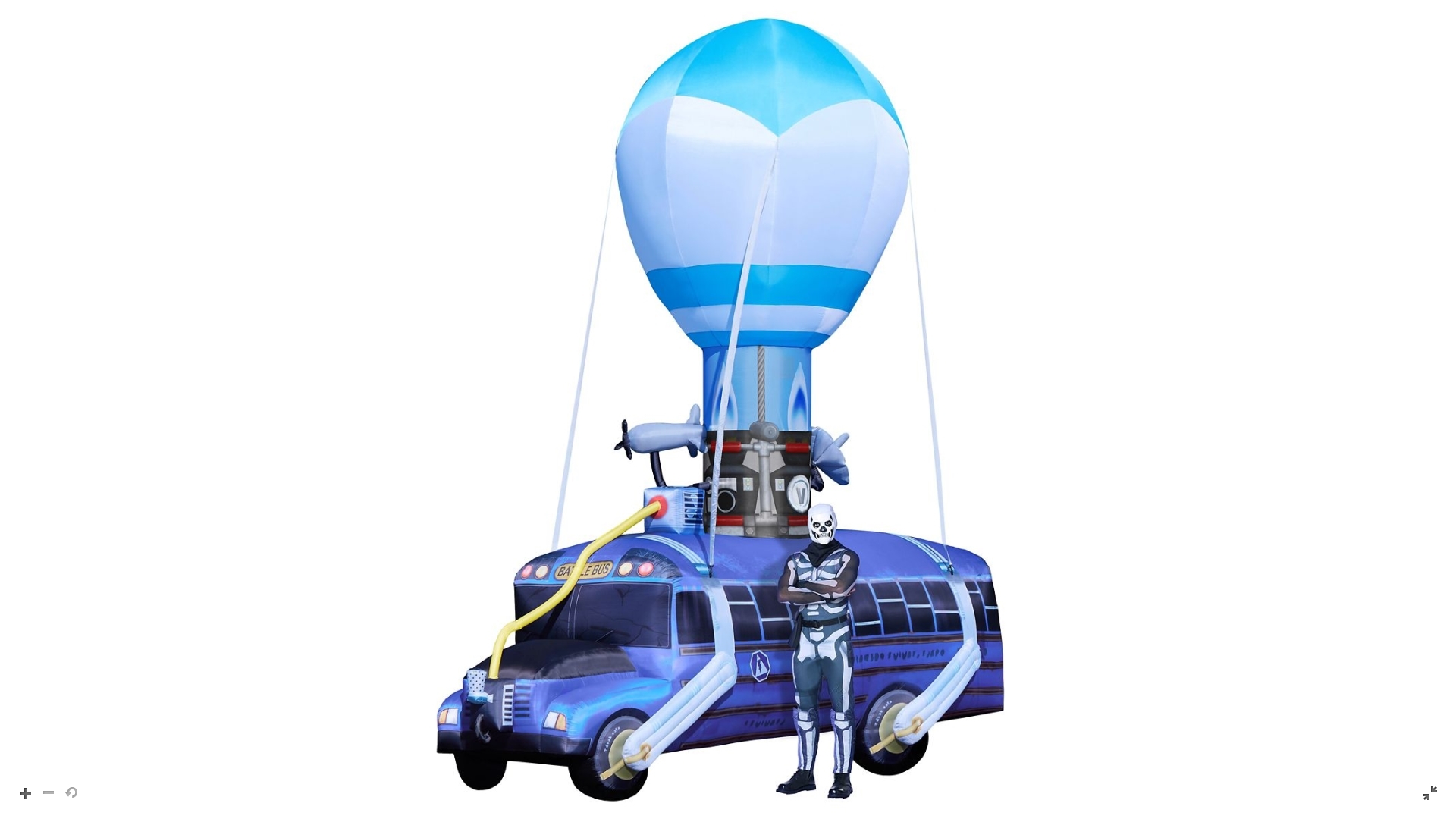 You knew it was coming. It was only a matter of time.

With Halloween just over two months away, Fortnite: Battle Royale is ready to conquer your sidewalks by storm on Oct. 31, the same way it has taken over all forms of gaming in 2018.

There will be a deluge of officially branded and knockoff Fortnite gear, but one of the more interesting items found on seasonal store site Spirit Halloween is a massive $500 inflatable Battle Bus. Park it outside on your lawn and let all the kiddies know that you are THE COOLEST house on the block and utterly confuse neighbors on what this hot air balloon bus has to do with Dracula monsters.

“Where we droppin’?” reads the Spirit Halloween’s site. “Skydive down over to Spirit Halloween for your very own officially licensed inflatable Fortnite Battle Bus! It’s a mystery what goes down inside of this Fortnite staple, but one thing is for sure: Once those doors open, it’s an all-out battle royale! The Battle Bus is a conventional school bus that’s been painted blue and travels through the air with the help of a giant hot air balloon to drop off all the players in a game of Fortnite.”

The Battle Bus measures in at 17.5 feet high and 18-feet long, with 11 rows of windows. The $500 package comes with an air pump, both short and long tethers, and stakes, so the bus doesn’t take off and fly for real.

A quick search of the rest of the Spirit Halloween website has costumes for Skull Trooper, Dark Voyager, Black Knight, Brite Bomber, Cuddle Team Leader, and more, with versions for both kids and adults. There’s even a light-up Boogie Bomb prop, a basic pickaxe, and a Rainbow Smash pickaxe. There’s also a ton of party favors like Chug Jug cups and plates, and even blankets. And, of course, how could you forget the Loot Llama Piñata?

Considering it’s still only August, it’s likely that even more Fortnite items will be added and found online over the coming months in preparation for Halloween. Just promise us you won’t go kicking in the neighborhood pumpkins for resources.