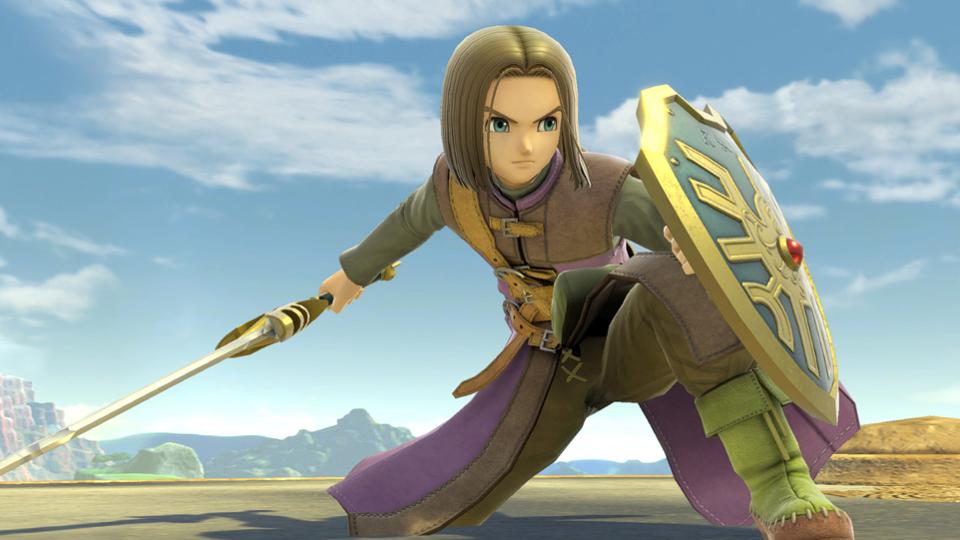 One of Super Smash Bros. Ultimate’s DLC fighter has been under constant controversy since the first day of his release in July.

Hero has caused a rift in the Smash community. Over 3,000 people have signed a petition to ban him from the competitive scene. It could all just be blown out of proportion by a certain sulking Swedish Melee player and his followers, or the character could legitimately be a problem.

Either way, ahead of the upcoming European Team Cup, Nintendo France is banning Hero for the duration of the tournament.

But why is he getting banned?

Many prominent pros are convinced Hero’s randomness is harmful to competitive play.

His Command Selection special gives players a list of four random moves out of a large pool of options. Most of his moves are nothing to write home about, either healing him or increasing the damage of his next attack. But some are deadly.

Hocus Pocus causes Hero to either shrink, grow in size, grow a flower on his head, gain a timer effect, or gain invisibility or invincibility, giving the player an almost endless list of options.

He’s pretty much impossible to predict, allowing even the most casual of players to transform from Dr. Jekyll to Mr. Hyde and back again in a matter of seconds.

But believe it or not, that’s probably not why Nintendo France decided to ban Hero from the European Team Cup. According to some pros, the real reason is the language barrier.

“At a major tourney this past weekend we had a high-level match between an American player (Salem, using Hero) and a Japanese player (Raito) on a console with English language set where this issue came into play,” NRG Smash pro Nairoby “Nairo” Quezada said on Twitter. “Raito couldn’t properly read/react to the English spells.”

This makes a lot of sense considering the wide range of languages in Europe. Despite English being a universal language, Hero could still be a cause for concern and affect the results of a tournament.

It’s unknown if Hero will be permanently banned in Europe or if this is just a one-off occasion. Considering Nintendo’s stance on the issue, though, the European Team Cup may lead the movement to ban Hero from other future tournaments.