Where to search for the NOMS letters to complete the Fortnite season 7, week 4 challenge | Dot Esports
Skip to content 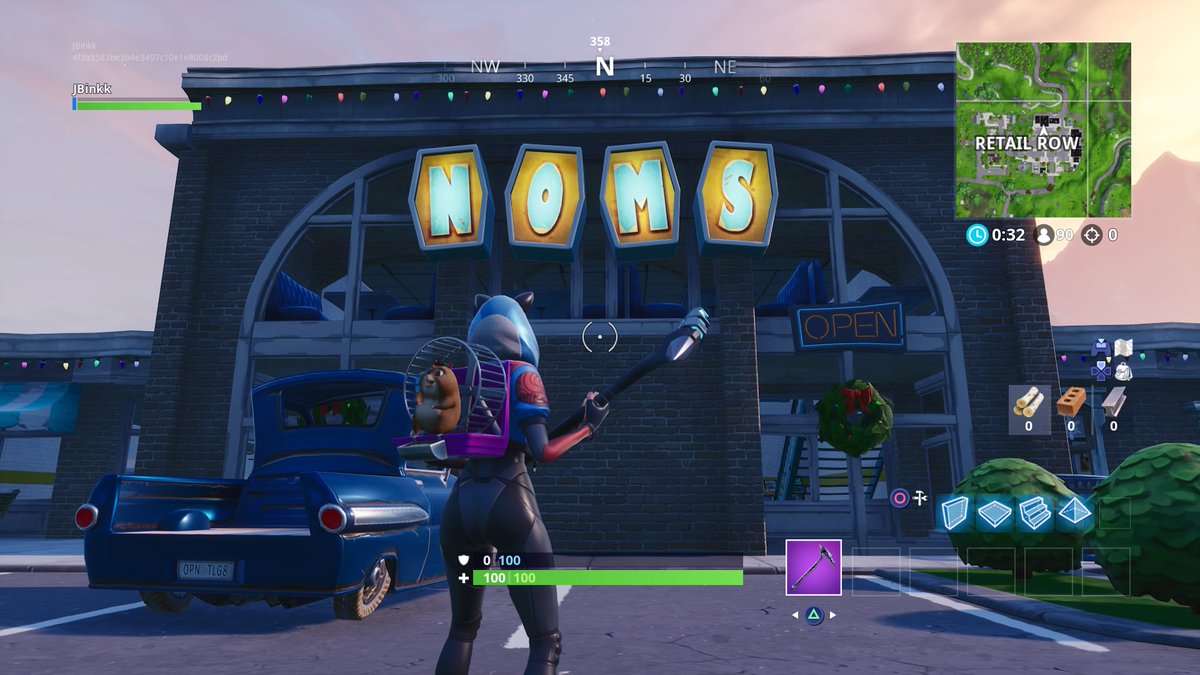 Epic Games has gifted Fortnite fans with another week of intense challenges for the popular battle royale game.

One of the Battle Pass challenges this week tasks players with essentially playing a game of H-O-R-S-E. Players will need to go on a wild goose chase looking for letters.

In this case, the word you’ll need to spell is NOMS—you’ll have to go to various locations to find the four letters, interact with each of them, and then return to the original sign location in Retail Row.

Here’s where to find each of the letters for this five-part progressive challenge.

Stage one: Search the letter “O” west of Pleasant Park

To complete stage one, head west of Pleasant Park to the standalone building in the area that’s often referred to as “Mini Haunted.” If you’re facing the building with Pleasant Park behind you, the “O” letter will be outside in a corner next to a dumpster on the left side of the building.

The “S” letter can be found in Wailing Woods’ underground bunker. It’s on the second floor in a small office in the northern portion of the bunker.

The “M” letter is located inside one of the small, metallic buildings in Dusty Divot. If you’re in Dusty Divot, the letter can be found in the corner of a building in the southeast portion of the area.

Stage four: Search the letter “N” under a frozen lake

The fourth and final letter, “N,” can be found in the frozen lake in the southwest part of the Fortnite map where Greasy Grove used to be. It’s located in the corner of the outdoor store—land on top of the roof in the middle of the frozen lake. Break through the roof to land in the store and pick up the letter.

Once you’ve collected all four letters, it’s time to head to Retail Row where the NOMS sign was originally located. You don’t even really have to do anything at this point, though—just land or run near the building to complete stage five.