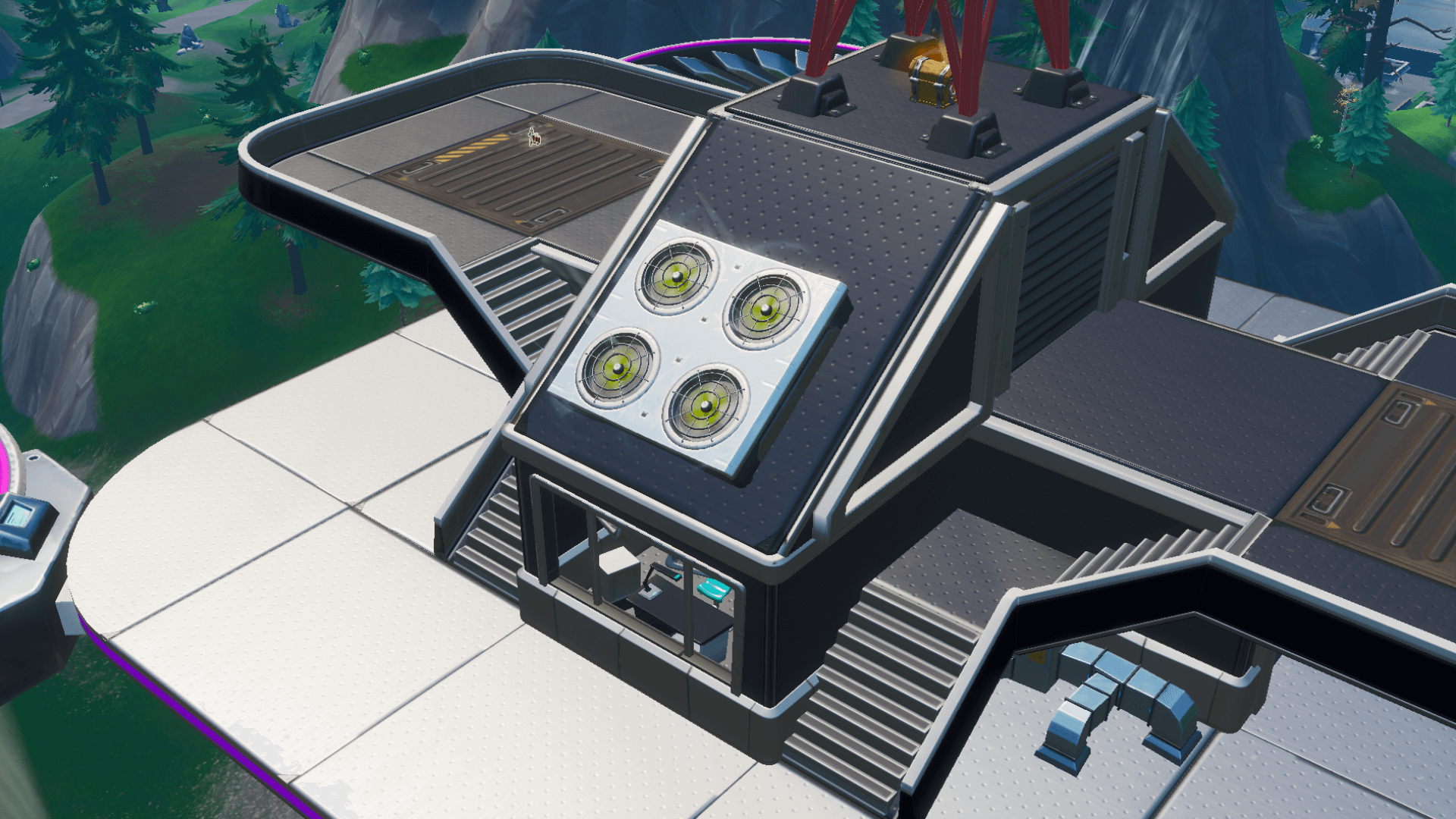 Epic Games added a few environmental items to Fortnite: Battle Royale when season nine started, and one of them is Air Vents. They behave like the vaulted Bouncer trap, letting players jump on them to be tossed in a certain direction without taking fall damage. The only difference between the two is that Air Vents aren’t items, which means they’re located in specific areas of the island and can’t be moved.

And try not confusing Air Vents for slipstreams or volcano vents. Slipstreams are those wind tunnels in which you can travel horizontally along the island, and volcano vents are the high-pressure vapor spots near the old volcano that send you up in the air.

Air Vents are a single one-by-one square with a few fans in them. Jumping on one of them will simply push you in the direction of the wind until you leave its small area of effect.

Players can find lots of Air Vents in locations that have new buildings from season nine. In general, Neo Tilted, Mega Mall, and the new buildings at Loot Lake have plenty of these. A few structures that look as modern as the ones in these named locations may also have Air Vents.

In addition, all seven Sky Platforms introduced this season have an Air Vent. You can see and use them once you land on these platforms.

Why and when to use Air Vents

Despite not being the most useful mobility item in season nine, Air Vents can be great for saving materials when you need to climb down a building or when you’re trying to escape an area when you’re under pressure. You can use them to surprise enemies who are below you and expecting shots from above. You’ll suddenly land right next to them and have enough time to hit a shotgun or sniper shot that might be enough to take them down.