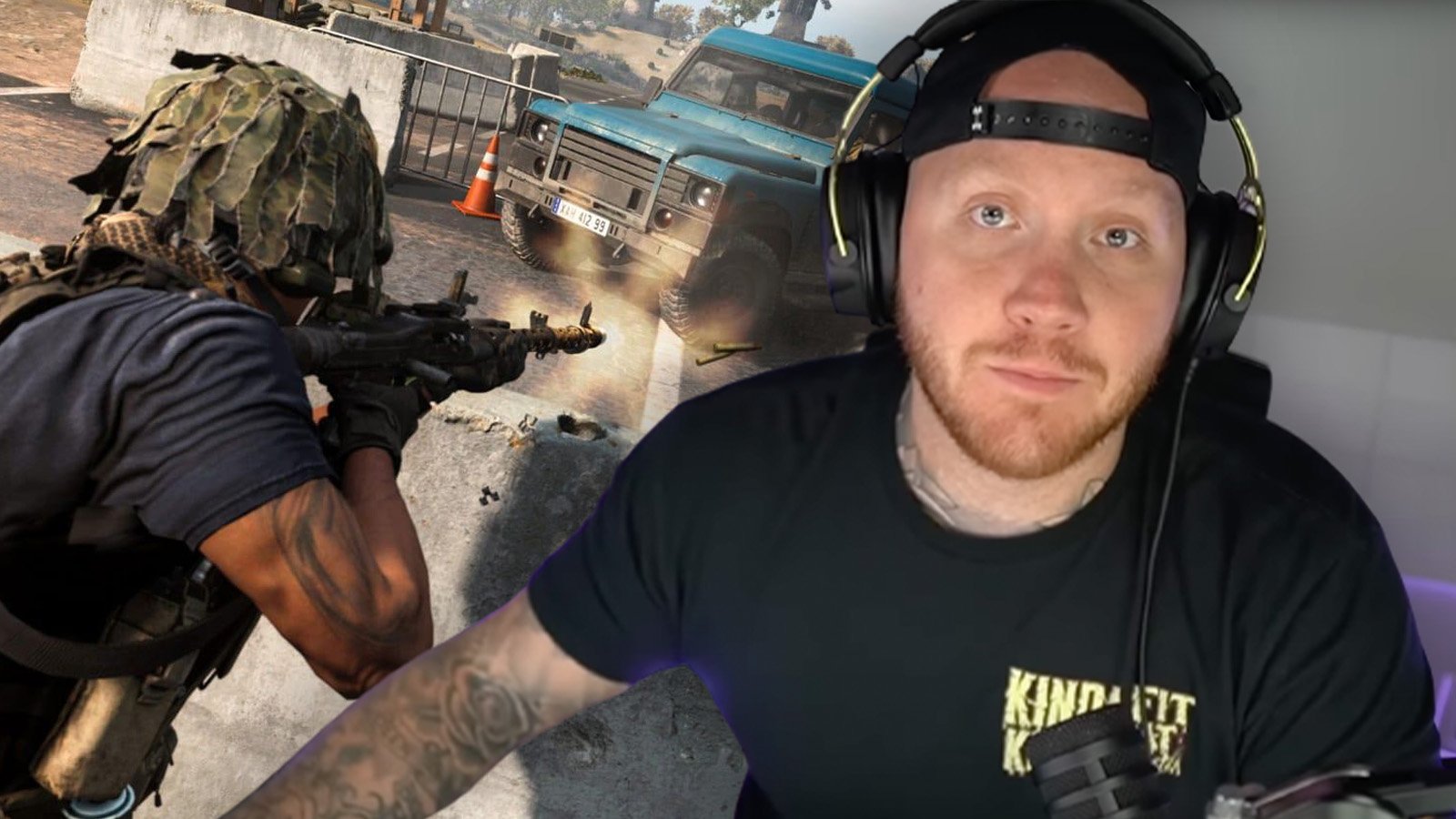 Image via Raven Software and Screengrab via TimTheTatman on YouTube

After encountering several hackers in a row midway through his Warzone stream on July 1, top YouTube star Timothy “TimTheTatman” Betar is worried the hacker plague that overshadowed the Call of Duty battle royale between 2020 and 2021 could be making a dreaded return.

“I’m a little worried here,” he said to his viewers with a shellshocked expression.

“I’m a little bit worried. I don’t know if some of you have noticed, and I’m kind of posing the question here, but are the Verdansk hackers coming back?”

The YouTube star is referring to the time before RICOCHET Anti-Cheat, a tool used to minimize unfair play in Warzone, launched in Oct. 2021. The game was in a dire state due to all the hackers, and he fears it’s happening again.

The first hacker he encountered was a player who pirouetted in the air like a UFO and wound up getting a K/D/A of 143 for the round. But that was nothing compared to the second incident, which involved an entire squad.

TimTheTatman and his matchmade CoD allies dropped like flies before they hit the ground on Caldera. When he respawned, he did his best to make things difficult for them but a combination of aimbots and wallhacks was too troublesome.

In the end, the fresh-faced Warzone hackers all but deleted the YouTuber.

As the fire in TimTheTatman’s belly began to swirl, one of his squamates told the incensed YouTuber that the sudden increase in hackers on Caldera is because hacks have become available on certain Warzone websites again. After hearing that, Tim feared the worst was still yet to come for the CoD battle royale.

“Hackers are starting to ramp back up a little bit,” he said, answering the question he initially put forward. “I’m kind of worried we’re going back to the Verdansk age.”

Other Warzone players have noticed the same trend and shared examples.

Raven Software did release a patch on June 30 that included bug fixes and weapon balance changes. However, it didn’t mention anything about the resurgence of Warzone hackers on Caldera recently. So, CoD players are still eagerly awaiting a solution.