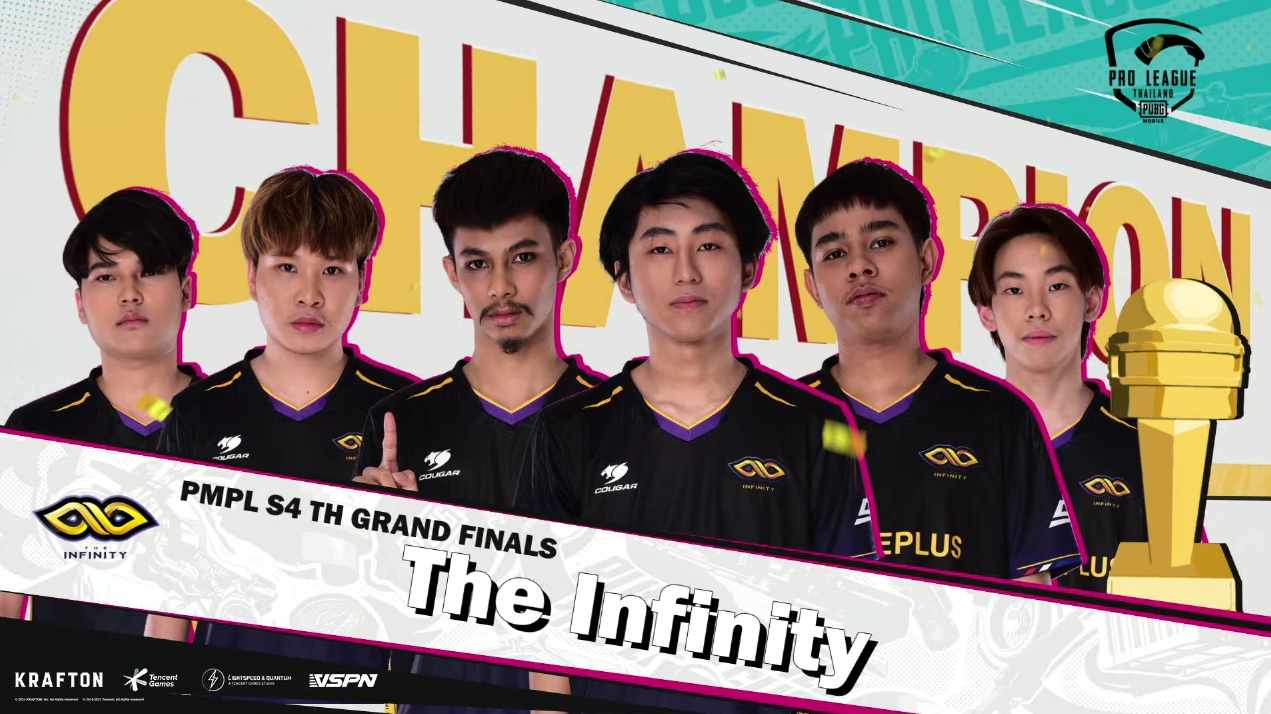 The Infinity have been crowned the champions of the PUBG Mobile Pro League (PMPL) Thailand season four. With today’s victory, they amassed the most points out of both seasons of the PMPL in 2021 to qualify for the $6 million PUBG Mobile Global Championship (PMGC) 2021.

The Infinity took a narrow victory in today’s finals. Ahead of the final game on Erangel, They were trailing by 20 points to FaZe Clan. It looked like FaZe would defend their title as the Thai champions, but The Infinity put up a nail-biting performance in the final game to snatch the victory from them.

The Infinity earned the chicken dinner and scored 17 kills in the last match. That game alone gave them 32 points, which pushed them to the top of the rankings table. FaZe Clan, who placed fifth with three kills, finished just three points behind The Infinity in second place.

The Infinity, FaZe Clan, Onyx Esports, Vampire Esports, and MS Chonburi have now advanced to the PMPL SEA Championship. The Infinity are currently the defending SEA champions. Three more spots to the PMGC 2021 will be up for grabs at the competition.

FaZe’s Nattawut “TonyK” Muensa was crowned the MVP of the finals. He had a total survival time of 327 minutes and 49 seconds. With 7,415 damage, he picked up 29 kills in the 15 matches of the finals.

Here are the overall standings of the PMPL Thailand season four finals.