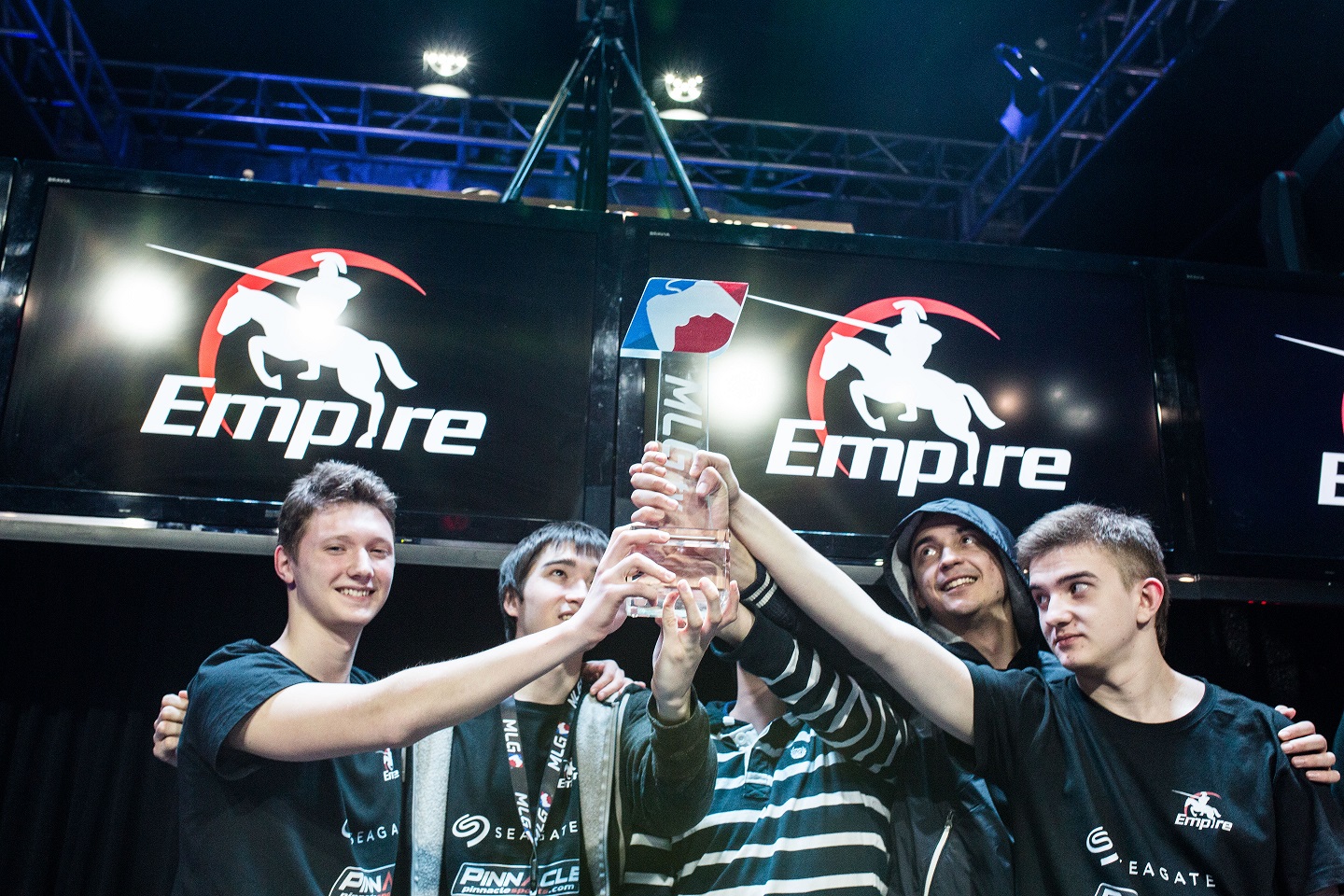 It is obvious for anyone who follows the North American LCS that Link’s dramatic departure from Counter Logic Gaming redefined the team, as CLG went from never making the LCS finals to becoming champions of summer 2015. Disregarding Link’s everlasting inability to carry in high pressure games, being the main shotcaller, Link’s departure from CLG changed how they play the game fundamentally. I did a comparative, statistical analysis between CLG’s spring and summer split performances to investigate exactly what did change.

At a first glance there were no big differences between the splits. Average game time, wards per minute, wards cleared per minute, percentage of first dragons secured, and team KDA remained the same or very comparable. Even both regular splits finished with a similar win/loss record, only squeezing in one more win in summer relative to the spring split. First blood rate even went down in summer in favor for first tower rate. Maybe it simply was Link tilting all along?

I realized I had to dig deeper so I looked at the gold difference at 10 and 20 minutes into every single regular split game, with the tiebreakers being exempted. I also took notes of their total numbers of dragons, towers and kills taken at 20 minutes as well as how many of these objectives they had relative to their opponents, and how many first bloods they got and which of the players were involved into them. These numbers painted a very different picture of how CLG played the game.

In general there were three big changes, the most noticeable one being all their on-average statistics, the second one being the first blood statistics, and the third one are the carries’ damage per minute (dpm). Those changes tells us that CLG improved their team fighting, had more defined roles in terms of who the carries actually are, and improved their shotcalling.

To understand these three conclusions we will have to revisit the old CLG of spring 2015. During the entire split CLG were known for having a stellar early game, but as several analysts was continuously pointing out: CLG were not good at team fighting, and thus relied on their early game advantages to act as a bandage for their glaring mid game weaknesses. Hai even said that it felt like CLG had map hacks when playing against them. However they only managed to close out two games with a gold deficit at 20 minutes. That was against Coast, which were by far the worst team in the league, and Team 8.

The top teams being superior at the strategic game compared to their bottom half counterparts, CLG could not make them march to the beat of their drum in the first 20 minutes, and come mid game, CLG were doomed without a large margin of error. CLG only managed to score two wins against the top tier teams: an underperforming Cloud 9 and Team Impulse, which was dealing with major communication issues, and CLG lost both games the second time they faced off versus one other.

CLG were however consistently beating all the lower bracket teams, and were doing so convincingly. Not dropping a single game, their on-average statistics rose. The numbers tell a completely different story if you isolate CLG’s performance against the top teams. CLG were on-average behind in at least 2/3 objective categories (kills, dragons and towers) during the spring, and behind 1700 gold at 20 minutes in losses, which points to a big discrepancy in skill between the upper and bottom halves of the NA LCS.

In short, CLG were on-average down in gold and kills, with a slight tower advantage and even on dragons against the top teams during the 2015 spring split.

Numbers that would drastically change in the coming split.

While CLG were still losing the majority of the games versus the top teams they were on-average up 0.5 dragons, up 0,75 towers and up 0,1 kills against the upper half of the LCS bracket, as well as up 560 gold at 20 minutes.

On the other hand CLG were not winning as hard, but they were faring much better when behind. The most impressive number here is that their gold difference in losses at 20 minutes decreased from being down 1700 on-average in spring, to only being down 720 gold in summer. League of Legends is a game of economy with a limited amount of resources on the map, making one of the best outliers for judging the quality of a team’s sense of strategy is how well they play when behind in gold, because it requires the team to utilize less resources more efficiently against a stronger opponent.

*Relative objectives does not refer to total objectives, but to how many objectives they were up or down at the 20 minute mark relative to their opponents.

*Dragons at 0 in spring split means that CLG was even on dragons versus top teams at 20 minutes.

While CLG do occasionally look confused in the mid game and their tactical ability cannot be compared to mid game gods such as Koo Tigers, known for their strategic prowess, CLG’s game of economy improved, and they are very good at it in a domestic sense. Their enhanced performance in losses tells a story of CLG trading objectives more efficiently on the map, signaling improved shotcalling. CLG still lost to the majority of other top teams, but the changes in their on-average statistics points to CLG playing the game at a higher, and more consistent, lowest level of performance.

The first blood statistics shows that the side lanes were getting more attention in summer, and that top lane traded its signature branded “island” status with the mid lane. Pobelter was involved in only two out of the thirteen first bloods CLG accumulated during the split, and both were assists from level 1 invades, while Link was involved in eight out of CLG’s fourteen first bloods in spring, showcasing a more mid-centric approach to the game.

CLG become a less early kill focused team in summer overall, and the attention shifted from the mid lane to the side lanes allowing Zionspartan and Doublelift to play a larger role in securing the first blood in summer, leaving Pobelter to fend for himself to a larger degree. It should also be noted that three out of CLG’s thirteen first bloods in summer were solo kills by Zionspartan, not the result of map plays, and though it does show Zionspartan’s individual prowess it also means that CLG’s early game shotcalling became less kill focused. Though the sharp eyed might have noticed that CLG’s total kills increased to 311 from 259 in the summer split, the majority of those kills happened after 20 minutes in the mid game skirmishes and team fights.

Another note to make is that despite all the flak that Xmithie is getting, and the fact that junglers are crucial to the early game, his execution of it is actually vital to CLG’s success, being involved in 69% of the first bloods during summer. Oracle’s Elixir recently published an article showing that CLG is very good at snowballing out of first blood, having an 89% win rate if they get it.

However there are three more numbers that shows the attention change to the side lanes. The players’ average gold difference at ten minutes. With Link’s more mid centric shotcalling, he was usually up 110 gold himself, while Zionspartan and Doublelift were up 117 and 163 gold respectively at 10 minutes.

In summer Pobelter was on-average up 2,8 gold at ten minutes.

With more clearly defined carry roles in summer Zionspartan were up 275 gold by ten minutes. That is an increase by 135%. Doublelift increased his gold lead at 10 minutes from 163 to 206 gold, and Xmithie increased his to 58,8 from 26,3 gold. The total team’s distribution of gold did remain roughly the same though with a slight increase to Zionspartan.

The last point shows what analysts, such as Montecristo, said CLG’s teamfighting improved with the addition of Pobelter. The statistical Pobelter versus Link matchup favors Pobelter. Even though both mid laners put up the same KDA at end of respective regular split, Pobelter is making Link look rather meek with his 511 dpm compared to Pobelters 627. Doublelift and Zionspartan also increased their respective dpm from 477 and 325 to 588 and 417 each. Showing that in the midgame team fights and skirmishes the team’s damage threats were outputting a larger amount of damage than in the summer split.