What's the next step in human evolution?

The Callisto Protocol is the latest title from Glen Schofield, the mind behind the Dead Space trilogy that terrified plenty of players. With decades of work now under his belt, this game serves as his introduction to current-gen technology. Because of this, you would expect it to stand above its competitors and make a notable contribution to the horror gaming genre.

In a lot of ways, The Callisto Protocol is scary, with some genuinely tense moments throughout most of the game. Just when you think you’ve made it out of harm’s way, you’re surprised with something else. Players who are into scares and dark themes will really appreciate the story and exploration of Black Iron prison.

A long and challenging walk through Black Iron

The story isn’t anything new, except for maybe the reason behind why this Protocol was enacted. Krafton does a good job of giving players just enough information to get them through to the next part of the game. By the time you learn the truth about the Biophage and where they come from, everything else falls into place.

From the beginning, cargo pilot Jacob Lee is tortured mentally and physically as he tries to find his way out of the prison he gets thrown in. Throughout the game’s events, you will become familiar with the infection taking over the prison, known as the Biophage, and the mindless monsters it will evolve humans into.

These space zombies aren’t anything especially unique, but they’re terrifying in their own way. Most of these scares come early in the game when you’re unequipped to deal with a large group. So walking into a room that’s filled with them, forced to sneak around in the dark, creates a really tense environment as you try to keep track of all the monsters around you.

This becomes less of an issue as the game goes on and Jacob is visibly gaining better armor and weapons that sort of speak to his evolution through the Black Iron ordeal. While he starts in a typical orange jumpsuit, he earns more gear and strength the more that he goes through, eventually presenting as armed to the teeth by the time you get to the final area.

That being said, even when Jacob is armed with guns and plenty of ammo, the game still finds unique ways to scare you. While the enemies become easier to deal with, the game will throw more of them at you in new ways. One example includes putting a sleeping enemy just out of site, forcing you to turn and see the monster inches away from you.

The way that The Callisto Protocol throws enemies at you is sometimes really annoying. Especially later in the game, there are certain fights that are guaranteed to be rage-inducing among even the most prepared players. The final boss fight is so frustrating that it’s hard to imagine anyone will be able to defeat it without memorizing certain Biophage spawn locations or smashing their controller.

While a game can be scary and the difficulty can be a reason that fear is induced, the game should also maintain a steadily increasing level of difficulty. In at least two places, it feels like there’s a sudden spike that makes completing the game a fight between your sanity and attempting the same spot 15 times, minimum.

The game bills itself as being gruesome and having some intense death scenes for the player character Jacob Lee, played by Josh Duhamel. Throughout The Callisto Protocol, you will watch Duhamel’s face be ripped off, pounded in, or completely crushed under the feet of the Biophage.

All of these death scenes are really interesting, but by the time you’ve seen the same one a dozen times in 30 minutes, you begin to grow tired of them. What’s even worse is that some of the death animations take a good 10 seconds at least, which quickly begins to add up when you’re dying over and over again.

The final boss player death animation is important, but you’ll find yourself out of focus by the time it’s over, looking at your phone because you know you have the time to do so. You’ll die so many times in this fight you’ll become desensitized to Duhamel’s screaming within half an hour.

Instead of just dying, it usually becomes this whole drawn-out thing. In the rare cases when your characters die without an animation, you’ll find yourself relieved you don’t have to watch Jacob’s face be pounded in again and you can get back into the game.

One would think you wouldn’t have to keep watching Jacob get massacred if the combat was something that felt easier over time. While your weapons improve in strength, the combat never gets any easier. If you get surrounded by multiple enemies and can’t find your way out, you’re almost guaranteed to die.

You can always use your shotgun or other guns, but ammo is scarce, and shooting your way through every Biophage on Callisto isn’t a viable strategy. The second you fire a bullet, any other monster in the area will swarm to your location. Unlike other games, you won’t have an easy time taking on a whole horde of these super-strong space zombies, even with guns.

Especially early in the game, you’ll need to prioritize sneaking around any Biophage that doesn’t immediately notice your presence. You can sneak attack, but this also seems to alert other monsters in the area if they’re close enough. Until your arsenal improves and you upgrade your baton, you should avoid confrontation or accept that you’ll keep dying.

When you do get more guns, it does change the playing field pretty substantially. While you basically start with a pistol, the real fun happens when you unlock the shotguns. These make quick work of most of the basic Biophage, littering the walls with the gore from their insides.

Before The Callisto Protocol was released, there was talk from Krafton about the “gore engine” that was created specifically for this game. This technology is created to make the monsters look a certain way and dictates how they break apart when attacked by the player. This level of detail in the gore is apparent from the early parts of the game, with the monsters’ bodies being very reactive to attacks.

For example, shooting a zombie in the head has a chance to make it pop, as is pretty standard in video games. But that’s not the only way that heads react to getting shot, with some Biophage losing pieces of their faces depending on where you hit them. This also applies to bodies, with players able to shoot off hands, arms, and legs, which feels really cool.

One of the redeeming qualities of the combat is how good it looks to blow apart the Biophage with guns, explosives, and environmental hazards. Seeing specific pieces of the monsters’ bodies fly off because you shot them in exactly the right spot is one of the cooler parts of the game to be sure. But this also applies to the player, with non-scene deaths sometimes causing Jacob to lose a limb or his face.

The occasional bug, but polished overall

The game runs well for the most part. But during the review period, there was a major bug that was corrupting save files and causing crashes in the same place every time. This appears to have been patched out, however, with Krafton releasing an update for the game the day after Thanksgiving. There was still another crash or two on Xbox Series X, but they weren’t reoccurring like the first one.

There was also the occasional stuttering and some very minor glitches, but it’s in better condition than most of the other AAA games that have been released lately. The Callisto Protocol seems well optimized, with the NPCs and Biophage both reacting normally to the world and the player character in it. This will likely differ on PlayStation and PC, depending on their respective issues and patches.

If there are any major bugs, it’s good to know # Krafton is on top of them. While the devs aren’t planning to begin work on any content until after the new year, it seems that someone is still hard at work in Krafton around the holidays making sure any pressing issues ahead of release are fixed.

When the game’s working well, there are some truly beautiful scenes that many wouldn’t expect from a horror game. The snow, in particular, looks really great and does a pretty good job of hiding the Biophage in silhouettes. There are a lot of things the game does well with the light coming through a foggy or snowy screen.

The Callisto Protocol is a pretty good horror game held back by some of its more difficult moments and the reliance on death scenes. While it’s new to see such a renowned actor die in so many unique ways, it doesn’t make up for the repetitive gameplay just to show them over and over again. There’s fun to be had in this game, as long as you don’t mind a few headaches along the way. 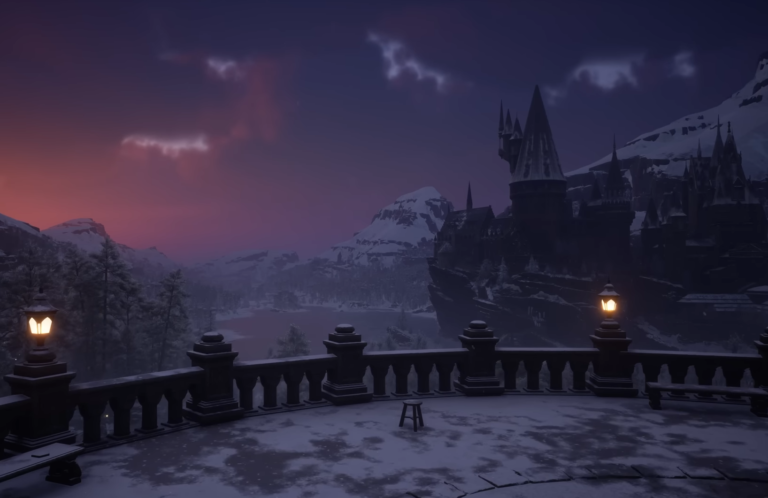 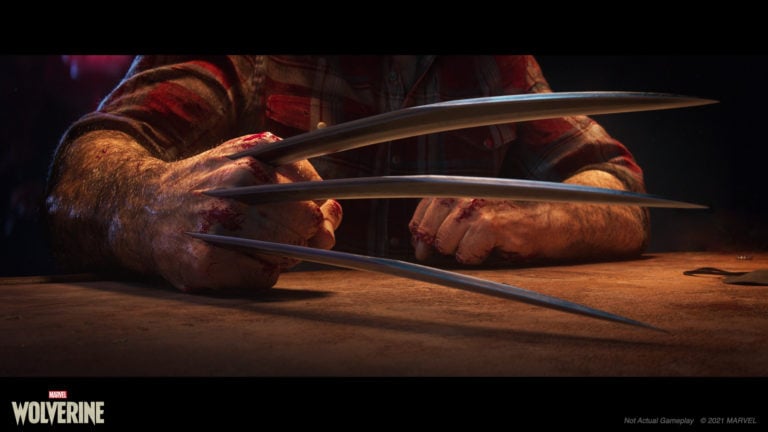 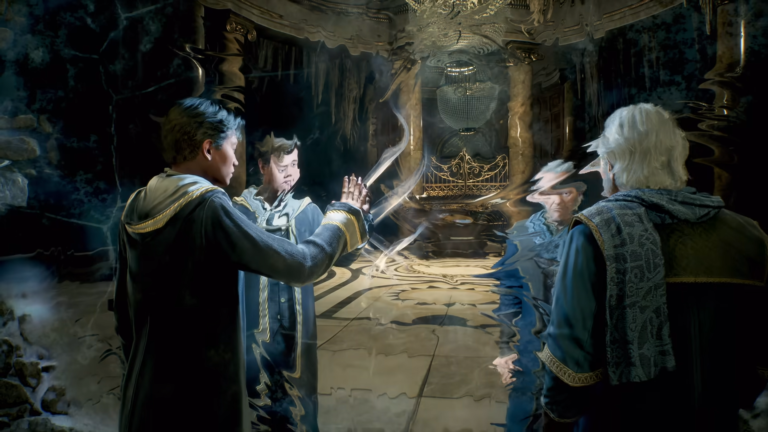 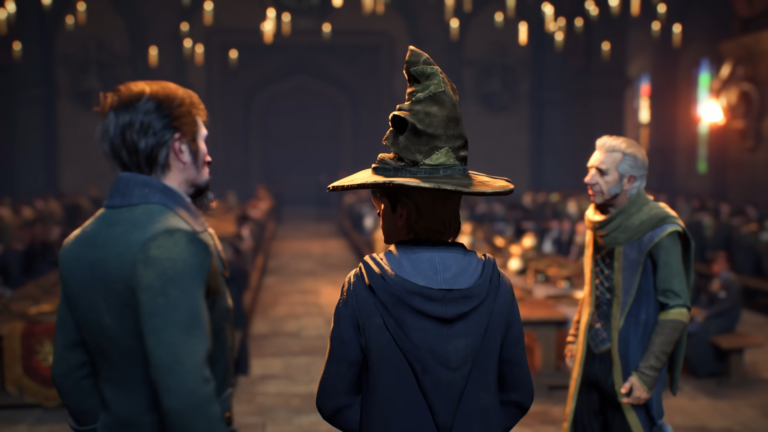