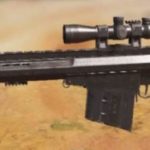 Anyone can pick up a submachine gun in Call of Duty: Mobile and start scoring quick takedowns all around the map. Compared to SMGs and Assault Rifles, Sniper Rifles are harder to use since they require players to be on point with their shots.

Though most sniper rifles will have enough damage to score one-shot kills, missing your shot can cause your enemies to have the upper hand over you. While playing with a sniper rifle, you’ll need to make more use of your surroundings since backing to a cover after a shot will be important to keep your streak going.

Considering the number of sniper rifles in CoD: Mobile, it’ll also be essential to use the best ones in the game to increase your odds of winning.

Playing with a sniper rifle will be completely different from using an SMG or AR. You’ll want to connect each shot so you can move on to the next target as quickly as possible. Even if you’re on a spree, you’ll still want to keep your distance from the enemy players.

Due to the layout of most maps, you won’t be able to camp in a single spot and patrol an area. Even if you have a sniper rifle, you’ll want to move around the map and follow the action. Most sniper players prefer aiming down sight (ADS) only seconds before they shoot their weapon, so you’ll need to pre aim on your target before using your scope.

More often than not, players will find more success with low-range scopes. Regardless of your weapon of choice, you should combine your sniper rifle with a decent secondary weapon that can get you out of trouble when you miss a crucial shot and don’t have time to lay down a second one.

Sensitivity settings are highly dependent on personal preference. If you’re just getting into sniping, however, the following sensitivity layout can help you find that sweet spot and help you improve your sniping in the future.

Unless you’re used to playing with Gyroscope settings, you should keep them off, especially when you’re sniping. Every second will matter while sniping and you won’t have time to adjust your aim with the gyroscope in most scenarios.

The Rytec is one of the most used sniper rifles in CoD: Mobile due to its high damage and fast fire rate. In the right circumstances, you can easily one-shot back-to-back enemies without any problems.

The Rytec features an excellent hitbox, especially within a 50-meter range. Its hitbox also makes it an ideal candidate for quick scoping.

Though sniper rifles are slow by nature, being fast will often be the name of the game when you’re playing with a sniper rifle. You’ll always want to act quicker than your enemies to get a hit on them before they can start shooting at you.

The Outlaw is the sniper rifle to have in your loadout if you also have an itchy trigger finger. Compared to the other sniper rifles in the game, the Outlaw features the fastest ADS and movement speed. You’ll walk and run faster with Outlaw than you’d with another sniper rifle, an important trait that comes in handy while you rotate around the map.

The Lotus is the perfect all-rounder sniper rifle in CoD: Mobile. Though it doesn’t excel in a single category, it’s decent in all the important categories for a sniper rifle. It has a decent ADS time that comes bundled with a great hitbox and damage.

You’ll need to gear up the Lotus with the correct attachments for your playstyle since the all-rounder needs some help deciding which part of gameplay it would like to excel.

The SVD is considerably faster than most sniper rifles in CoD: Mobile. This automatic sniper rifle allows players to make back-to-back shots without any downtime, making it the perfect candidate to hold angles in tight maps.

The only downside of this Mobile weapon is its base optic, meaning you’ll need to attach a replacement for it.

The Koshka was introduced to CoD: Mobile in season four. It plays similar to the Rytec and Outlaw. It can be seen as a more versatile option since it’s highly customizable. If you aren’t sure of your sniper playstyle yet, you can take the Koshka out for a spin and decide on what it’s lacking for your use case.

After deciding on its shortcomings, you can improve the Koshka with the right attachments.