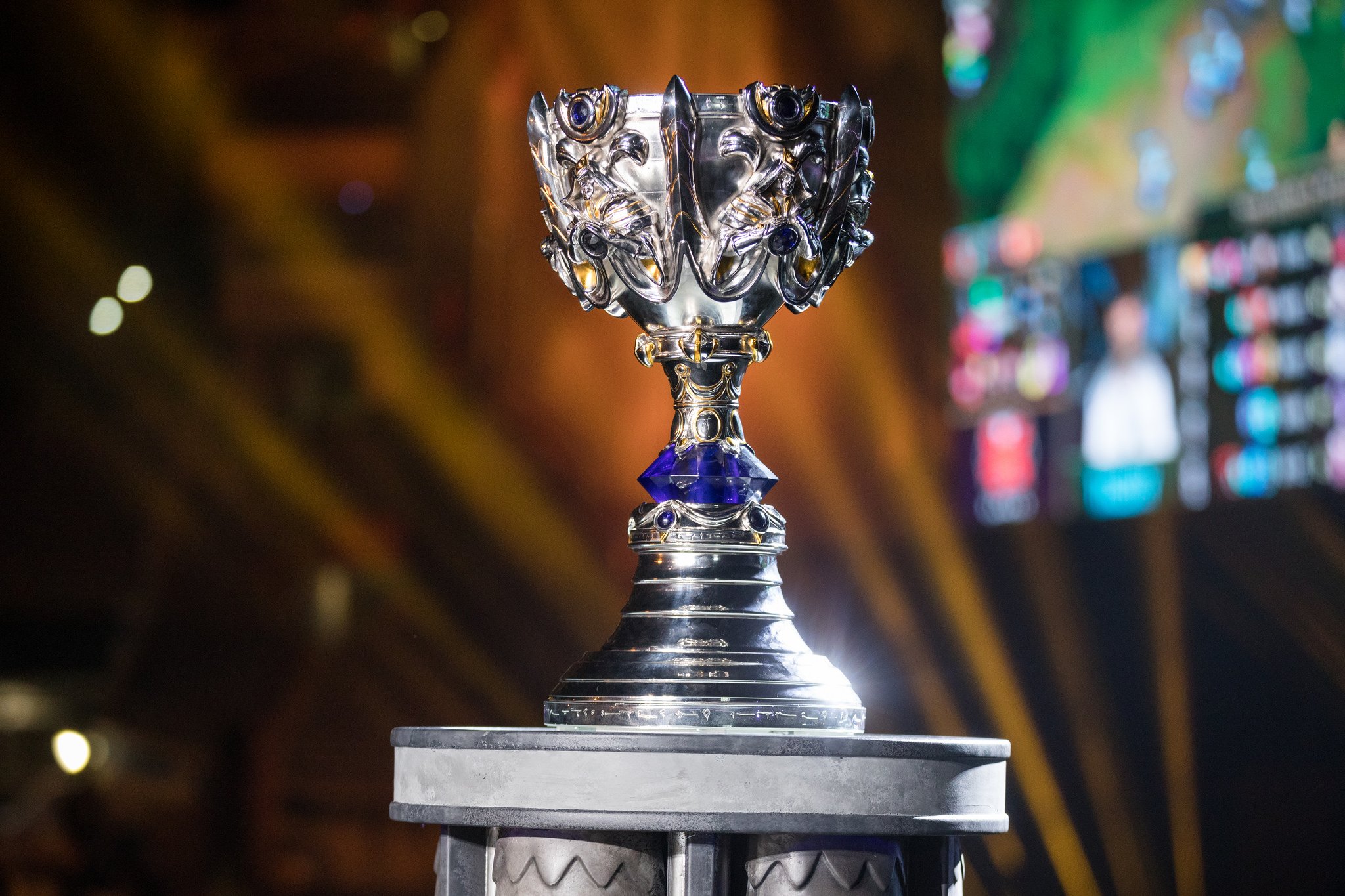 Esports grew dramatically during the last two decades. What once was considered a simple hobby turned into a global sensation. Esports even gained the recognition of the International Olympics Committee while being featured on TV via ESPN.

And just like the culture, the prize pools grew larger. More on the line meant every mistake and play could be life-changing. With the cheers of the fans, esports managed to produce some of the most hype and memorable moments that no esports fan will be able to forget.

You don’t have to play the game to be amazed by what goes on—that is the true beauty of esports. We’ve gathered the best esports plays that carved themselves into the history books and will be remembered for decades to come.

Oleksandr “s1mple” Kostyliev could be considered one of the recent wunderkinds in the CS:GO scene. The player’s talents were recognized as he continued to demolish online tournaments.

In 2016, s1mple accepted Team Liquid’s offer and moved to the NA region as the final piece of an amazing squad. During the same year, the promising squad faced off against the almighty Fnatic in ESL One Cologne.

Liquid were ahead nine-to-four, but they were still on their toes since comebacks are what makes CS:GO what it is. As the 14th round was close to being wrapped up, s1mple was left alone versus Fnatic’s Dennis “dennis” Edman and Freddy “KRiMZ” Johansson.

While the fans of Liquid were getting ready to write the round off, s1mple showed everyone that he was there and what he was capable of with two back-to-back no-scope headshots.

Na’Vi bust out a bug on the biggest stage

It doesn’t matter how many hours of Dota 2 you played or watched, you can always find something amazing within the game.

During the International 2013, Na’Vi were matched against TongFu in the upper bracket. After two intense games the score was tied one-to-one, and Na’Vi were off to a lackluster start in the final game.

Just when Na’Vi fans were about to lose hope, the team pulled off the unlikeliest strats of all time. A combination of Chen’s “Holy Persuasion” spell and Pudge’s “Hook” singled out TongFu by hooking one of their members to Na’Vi’s base. They abused the combo until they caught up in terms of gold and outlived their opponents.

Some pros were outraged about the whole thing, and the bug was fixed shortly after the tournament. Na’Vi moved to the next round of the winners bracket and were praised due to knowing something like this in addition to having the guts to try it in the International.

Evolution Championship Series is the pinnacle of the fighting games scene and is one of the most exciting tournaments of every year. Even if you aren’t a fighting game player, the matches are always a blast to watch and the production value is always quite high.

In 2004, the best Street Fighter players in the world Justin Wong and Daigo Umehara were to go head-to-head in the grand finals.

Fans start cheering Justin’s name as he got ready to finish off Daigo, who was sitting with almost zero HP. Suddenly, Daigo turned into a turtle and parried a full duration ultimate before KO’ing his opponent.

After settling for third place in the previous year’s International Dota 2 tournament, Evil Geniuses had their eyes on the prize in 2015.

Their dominating performance throughout the tournament was about to be crowned until CDEC caught them off-guard and decided to take down Roshan to comeback in the game.

Without their most important player SumaiL, EG were considering backing up until their captain, ppd, provided vision inside the Roshan pit and made the call to go in. What happened after that is the most satisfying combination of spells you can see in a professional Dota 2 game.

In 2016, we had the pleasure of witnessing one of the best rivalries in the Korean League of Legends scene.

ROX were considered the only team that could put a stop to SK Telecom T1’s reign. Two teams were matched against each other in the semifinals of Worlds 2016. While the whole series could be considered one of the best esports matches of all time, there was one play that stood out even further.

During the third game of the series, it was tied one-to-one, and ROX were still struggling to seal the game despite their significant gold lead. SKT were putting up a mean defense and were thinking that they were about to win a game-changing teamfight until their ADC Pray arrived at the party.

Alongside his jungler Peanut, Pray caught SKT off-guard and turned the tables around in a clutch.

Fatal1ty against the odds

Johnathan “Fatal1ty” Wendel is one of the first professional esports players that was acknowledged on a global scale. He has been playing shooter games like Painkiller and Quake professionally since he was 17-years-old.

At QuakeCon 2002, Fatal1ty matched up against a hot-shot player named Aim. Aim was up by eight kills to none and it all seemed like Fatal1ty was past his prime. But then the beast sleeping inside him awakened and tied up the score in under two minutes. It’s still one of the most dominating performances in esports history.

Enrique “xPeke” Cedeño-Martinez is one of the most well-known European League players and served as an integral part of the legendary Fnatic squad that won the first World Championship.

At the Intel Extreme Masters 2012, Fnatic matched up against their domestic rivals SK Gaming. SK were showing a rather dominating performance and were getting ready to wrap up the game.

After picking off two members of Fnatic, SK started their march to victory—but forgetting about xPeke would turn out to be their doom. XPeke teleported into SK’s base and started hitting their Nexus.

SK’s efforts to stop xPeke were also in vain since he successfully dodged both enemy attacks and skill shots while jumping around the Nexus.

NRG Esports against the timer

Rocket League may look simple, but it’s quite a complex game with an immense skill ceiling.

The game’s 2018 World Championships set the stage for a thriller of a match. It was NRG Esports vs. Team Dignitas in the finals. Both teams consisted of superstars, but all eyes were on NRG’s rookie “Jstn.” With four seconds on the clock, NRG were behind in score 3-2.

Both Dignitas and fans thought NRG were done; it would surely be impossible to tie it up in less than four seconds. But in Rocket League, the timer doesn’t run out before the ball touches the floor one last time. Before Jstn scored the tying goal, the four-second timer ran out and the ball stayed up in the air for about 13 seconds.

The final game of the International 2013 between Alliance and Na’Vi is one of the most iconic matches in Dota 2 history.

With the score being tied 2-2, everything was on the line. Na’Vi were having a superb game and it was all looking good for them. Though Alliance’s offlaner AdmiralBulldog was chipping away at their buildings, they had the resources to prevent getting outmaneuvered.

After successfully disrupting Na’Vi’s attempts to teleport back and demolishing some of their base, things actually started to look scary. It started to seem like Na’Vi could lose the game after all.

Despite the threat of getting pushed in, Na’Vi tried their luck around the Roshan pit after picking up Akke’s Crystal Maiden. Though they were quick to call off their attempt and started teleporting back to base, Alliance’s s4 was there with his Puck to stop Puppey and Dendi’s TPs. Without their two most important heroes, Na’Vi were unable to defend and lost the game in a shocking fashion.