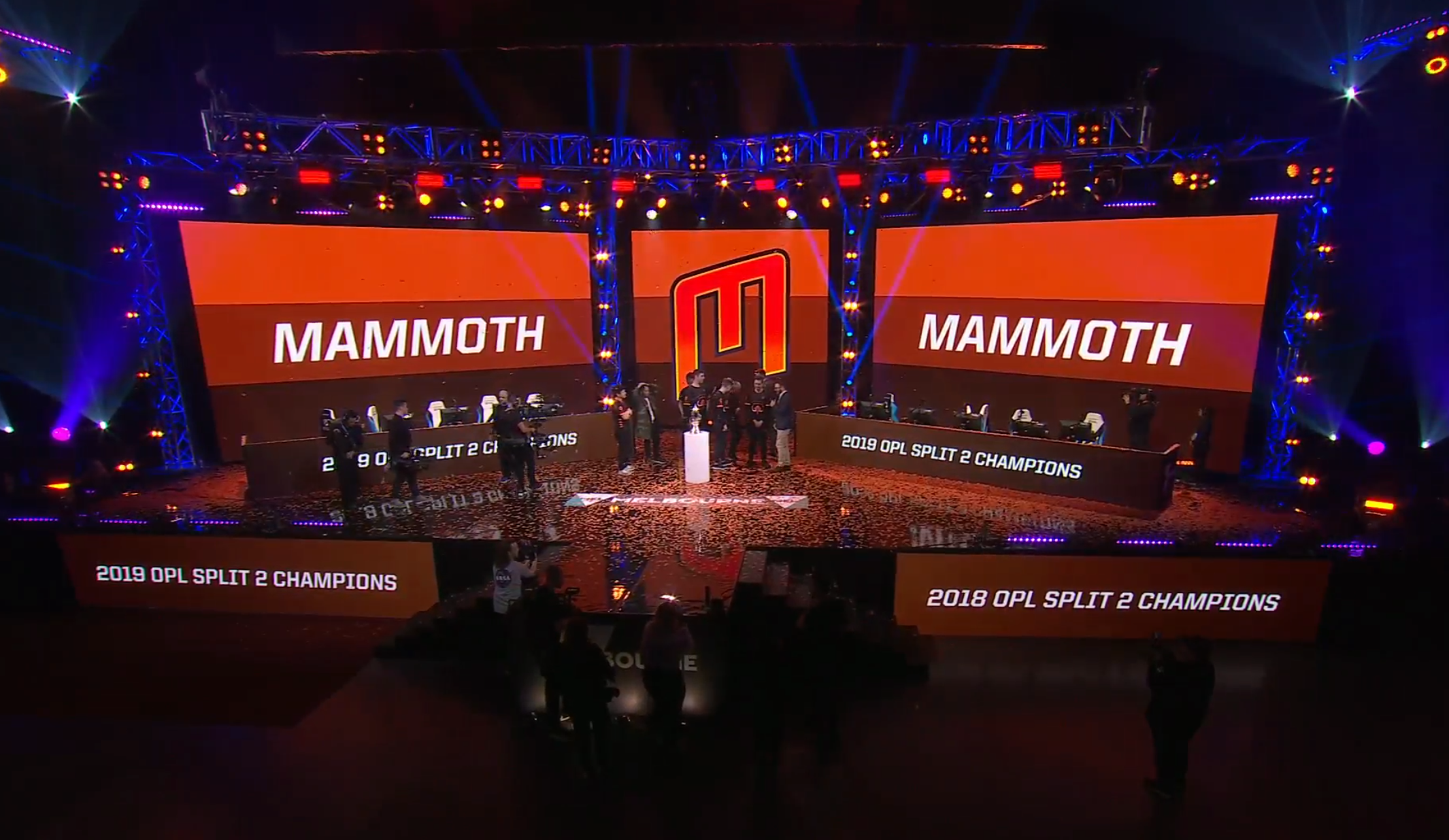 Mammoth emerged victorious from the OPL grand final match today, taking the series by a score of three to nil. It wasn’t an easy road to the final for Mammoth, but they made history by becoming the first League of Legends team in the OPL to miss out on the gauntlet before moving on to win the grand final match.

The first match was hardly competitive. Mammoth set the tone early, and Ibrahim “Fudge” Allami was the one leading the charge for his team. A tower diving gank on his opponent secured an early kill for Mammoth but the top laner didn’t slow down after that. It was a dominant first and second match for Mammoth, who conceded very few objectives and kills on their way to a clean sweep. Fudge was surely the front-runner to earn MVP in this series until his unfortunate streak of deaths at the beginning of the third match.

During the third and final game of the series, the Chiefs began to play with a real urgency. Brandon “Claire” Nguyen had been the only bright spot for his team in the first two matches and continued to shine on his favorite pick, Akali. They had substituted top laner Romeo “Thien” Tran in for this game, and he was having an immediate impact. Combined with some top play from their mid laner and a heroic play from Quin “Raes” Korebrits, it seemed as though the Chiefs had found some momentum. At the half-hour mark, they were well over 5,000 gold up on Mammoth.

In an impressively short amount of time, however, the pendulum had swung strongly back toward Mammoth after they had found consecutive advantageous team fights. An off-camera fight broke out in the Chiefs’ jungle, which resulted in four kills for Mammoth and an instant call to rush the enemy nexus.

With this win Mammoth have secured themselves a chance to qualify for the 2019 World Championship through the play-ins qualifying tournament. Calvin “K1ng” Truong also become the OPL’s most decorated player with his impressive fifth league title.