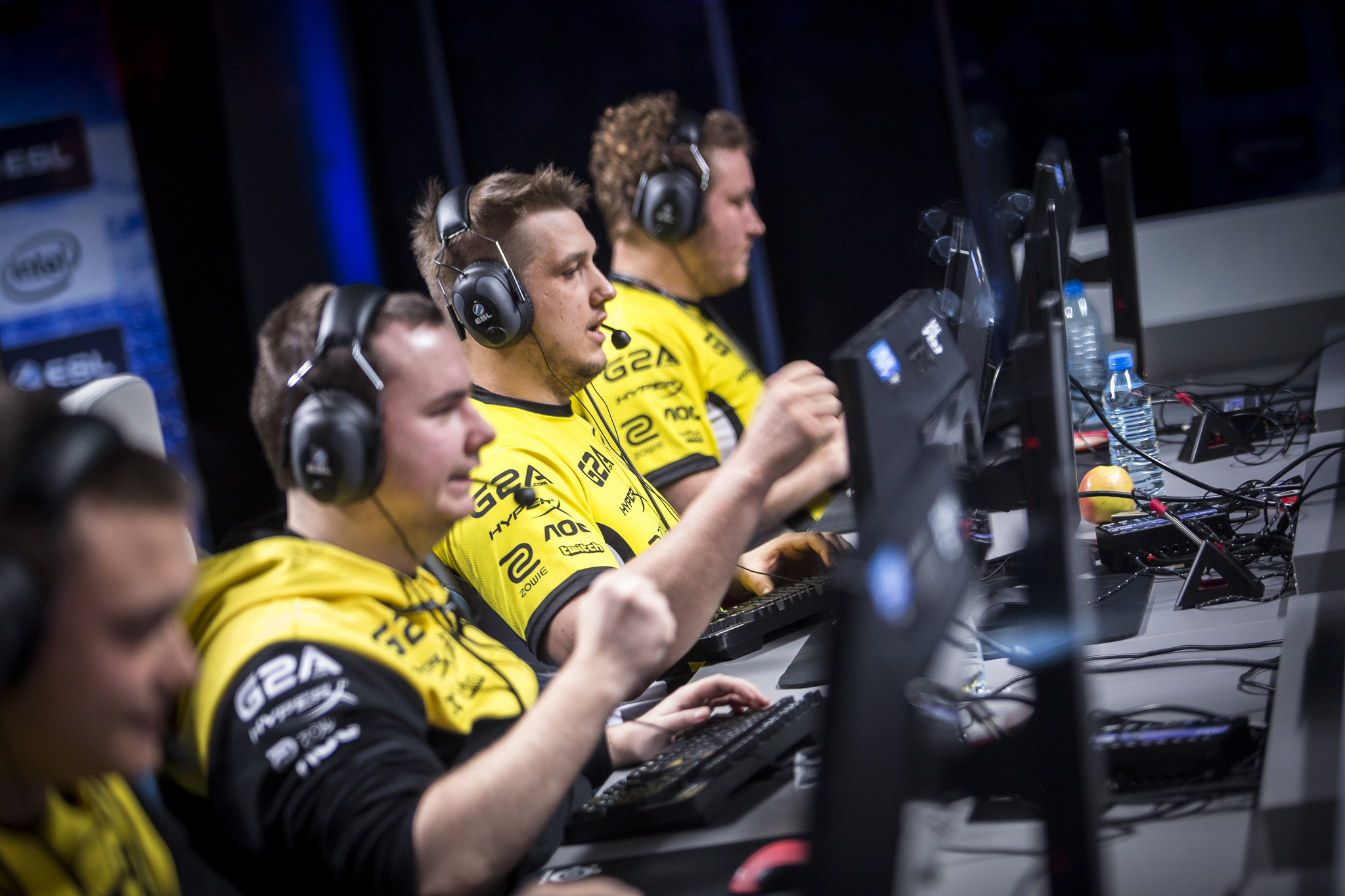 Photo by Patrick Strack via ESL

The fight for postseason positioning starts now as Week 5 of the ESL Pro League kicks off on April 3.

Several important matches between teams that sit close in the rankings could potentially prove vital in the final seeding for both conferences.

We’re going to give you the good old 3×3. Three matches you need to pay attention to and three players to watch in those match ups before we wrap it up with a few more tips on who to pick up and avoid.

Natus Vincere vs. Ninjas in Pyjamas (Day One)

A match between the first and fourth seed is always a big deal, especially this late in the season. Both teams are locks for a trip to the finals in Dallas, TX, but the placements are still anyone’s guess.

Na’Vi is in the midst of a six-game win streak that has them holding the top spot in the European Conference at 32 points—one ahead of second place Space Soldiers.

This run has been on the back of the number one ranked player in the world Aleksandr “s1mple” Kostylev and one of the most explosive players in fantasy CS:GO, Denis “electronic” Sharipov. Both would be great additions to any squad, but be ready to pay for their services.

NiP, on the other hand, has cooled off in recent matches as they split both sets in Week 4 against two middling teams in Heroic and Hellraisers. This match-up is a great chance for them to test their mettle against one of the hottest teams in the game.

The fourth seed will need to see Dennis “dennis” Edman and Christopher “Get_RiGhT” Alesund put the team on their back and play up to their price tags.

Picking up someone at a high level like s1mple to anchor your team is a good decision for a first pick, as listed in the fantasy guide. Likewise, dennis is the only player that should be actively sought after on NiP unless you are feeling lucky with a cheaper option. It is still worth looking at electronic, but despite his insane fantasy potential the price is a turn off.

Space Soldiers are gunning for the top spot in the EU and a match against the struggling Fnatic looks to improve their already stellar record. They are on a six-game win streak on the backs of Can “XANTARES” Dörtkardes and Bugra “Calyx” Arkin.

On the other side, Fnatic is in dire need of any win they can get as they try to climb out of the bottom and back into the middle of the EU rankings. This team is a good place to pull from for your mid-tier talent or fillers for a decent wage.

XANTARES is an absolute steal at his price point. If you want to make a cost balanced team he is an ideal captain to snag here. Both Lekr0 and KRIMZ, like mentioned earlier, are good costly filler that provide solid production on a consistent basis. Feel free to avoid them because of the cost, but you likely won’t find better high-end players to slot in at four or five.

We usually try to avoid doubling up on the same team in these picks, but a battle between a top team like NiP and fan favorite FaZe is bound to draw attention, and for good reason.

NiP is sitting in a strong fourth. FaZe, a team that was—and still is—heavily favored to make a deep run into the finals, is stuck in the middle of the pack at sixth.

FaZe has dropped games to three of the five teams ranked above them and if they lose to NiP they will only have Space left on that list. With their middling season, they are the prime for the best filler picks for balanced builds.

NiKo and rain are the absolute best budget fits for any roster. If you have their price available at four or five don’t think twice about it. Again, dennis is the best you can grab on NiP without feeling either cheated or reaching into the lower tiers.

Putting both the Heroic and North rosters here is just a precaution. Both teams as a whole don’t translate well to fantasy and their less-than-stellar play hasn’t helped that at all. Most players can be acceptable fits into a roster if they look to have a favorable match-up or are the right cost, but there is no feasible reason anyone should pick up Logan. His price is the lowest on the charts for a reason—that being his league-worst fantasy points average—and it isn’t even close.

Now that we’re heading into the homestretch of the season, we hope the week treats you well in your picks.