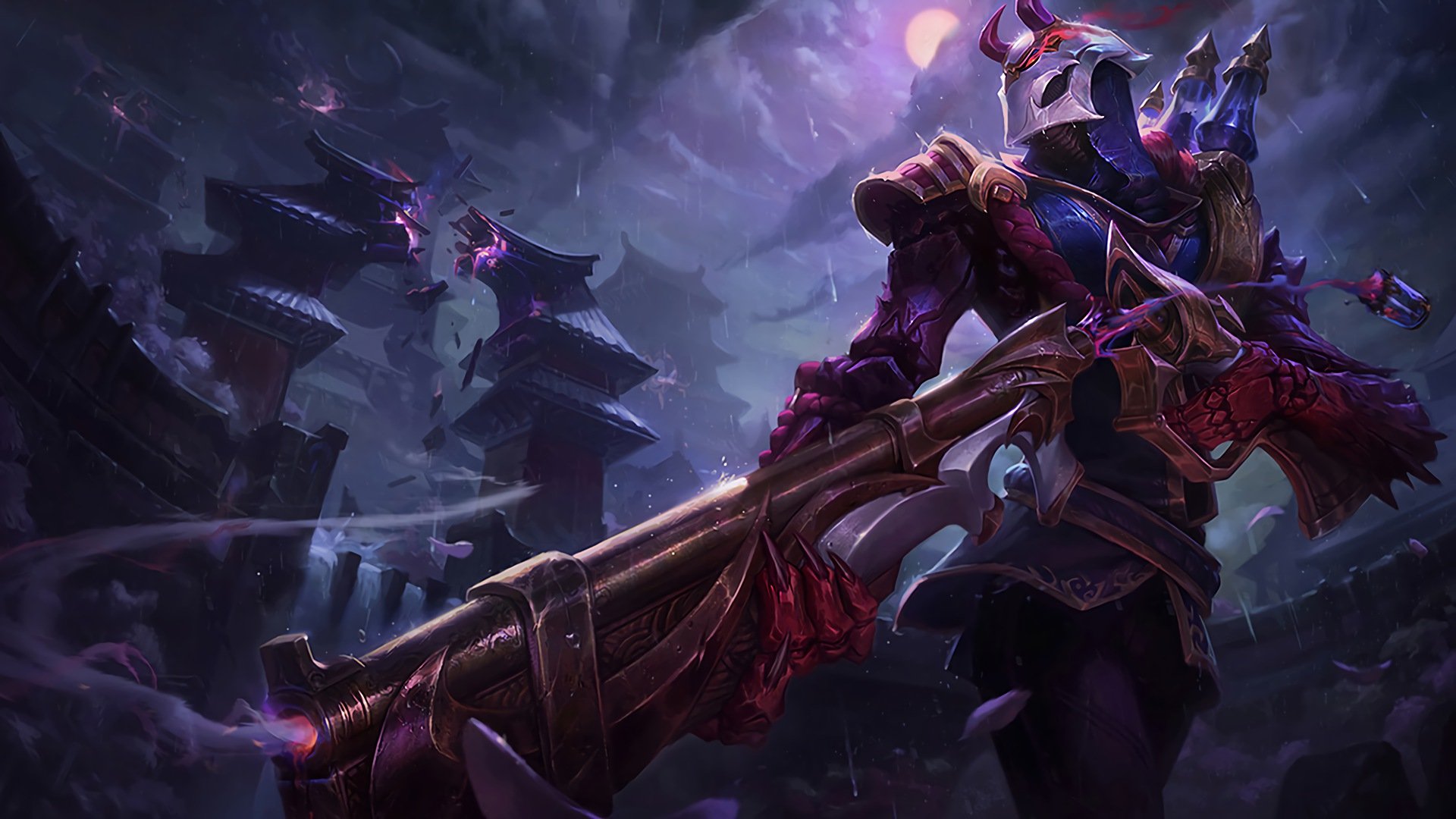 Arriving at patch update 6.3, League of Legends has yet to make nerfs to my new favourite weapon, Guinsoo’s Rageblade. At this point, I think they’re coming. I’m telling you how to abuse it now, because isn’t that how we always learn cool things? Right before it’s too late.

Currently, the Rageblade sits on the mantles of champions like: Jax, Irelia, Xin Zhao and other physical damage bruisers. It is an essential purchase, which unfortunately taunts the ban hammer.

What does it give you?

At the base, you’re gaining 30AD and 40AP to apply to your already existent damage. Along with the bonuses to stackable damage over time, which is the slogan of the bruiser brand, a lot of back and forth. After about 3 on a target, you gain a burst of damage on both AD and AP, as well as a 67% boost in your attack speed. This is the unholy part of the item. When you break it down, your items in each game provide you with benefits, but they are shaped by their particular abilities to aid you in the game at hand. Which is why you can build many different things, solely based on the match-ups.

The particular quality I’d like to discuss is the attack speed bonus. Think of all the champions that are melee fighters, that could use not only a cheaper damage boost, as well as attack speed. That’s right, Xin Zhao, Master Yi, and any other champion that is stickier than crazy glue. This is by far the earliest pick up on any champion that builds devourer, making most usual AD bruisers, a mixed, mostly AP threat. Let’s not forget that this item stacks on monsters and minions, so you blast through sated within 15-minutes and are ready for the mid-game where your overall destruction commences.

I consider this item to be a combined effort of a Blood Thirstier and a Phantom Dancer. These are two of the biggest gold value items, and only usually get built on your meant-to-carry, ranged, gold-farming, ADC. You wouldn’t reach these items till mid-late game, fed or not,  where you’re intended to be a split-push threat anyways.

Although Jax is highly considered for this tool, speaking to his abilities and overall hybrid damage. I would likely take this on Xin Zhao at the moment. With 6.3, Xin Zhao took a buff to his W, which essentially increases his third-hit heal, raising his sustain to Fiora levels of invincibility.

Last night while my team held a fight at the dragon pit, I ran through both the top T1 and T2 turrets, with full health. All I had was Sated Devourer and Guinsoo’s Rageblade. Not only am I getting the speed increase in my attacks, but Xin Zhao’s sustain at this moment is broken simply by attack speed. Along with Xin Zhao’s standard tankiness, his stickiness is impeccable with the current meta of assassin’s and duel friendly damage carries.

Don’t you think it’s fitting that Xin Zhao get’s a spear upgrade? I mean he is the definition of Demacian-badass.