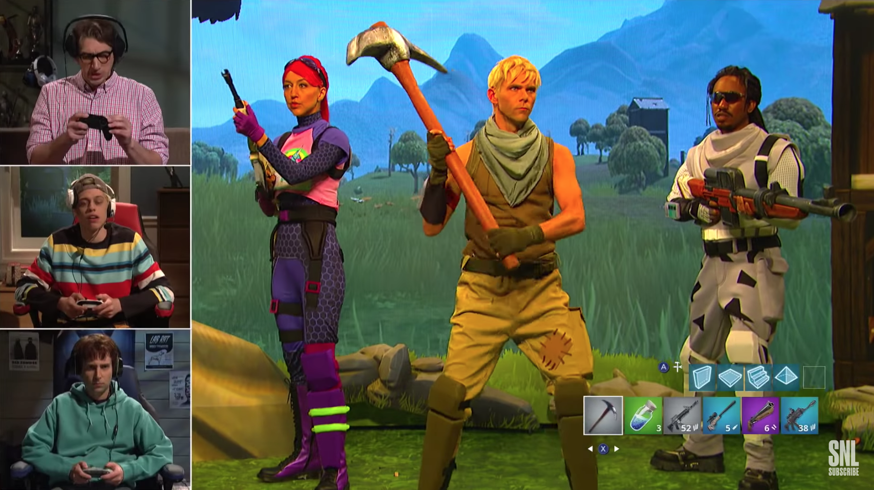 It was honestly just a matter of time before SNL found a way to implement this extremely-popular game into the show, and it was as hilarious as you’d expect.

The skit starred Adam Driver, the actor who plays Kylo Ren in the recent Star Wars films. Driver plays WillamMcTavish1972, a father who’s a Fortnite noob playing for the first time. Driver gets paired up with Pete Davidson (Splodeboy) and Kyle Mooney (Doomsnake) in search of a Victory Royale.

But Driver doesn’t get the hang of Fortnite right away. He wants to play the game and get better than his son’s stepfather so he can spend some quality time with his kid—but he actually struggles with the basic controls and spends most of his time running into a wall.

Driver eventually figures out how to dance, but that’s not much help to his teammates when an enemy squad shows up. The opponents take out Driver’s two teammates while he’s just getting his groove on. And Driver suffers the same fate soon after.

If this skit proved anything, it’s that Kylo Ren probably isn’t too great at Fortnite.