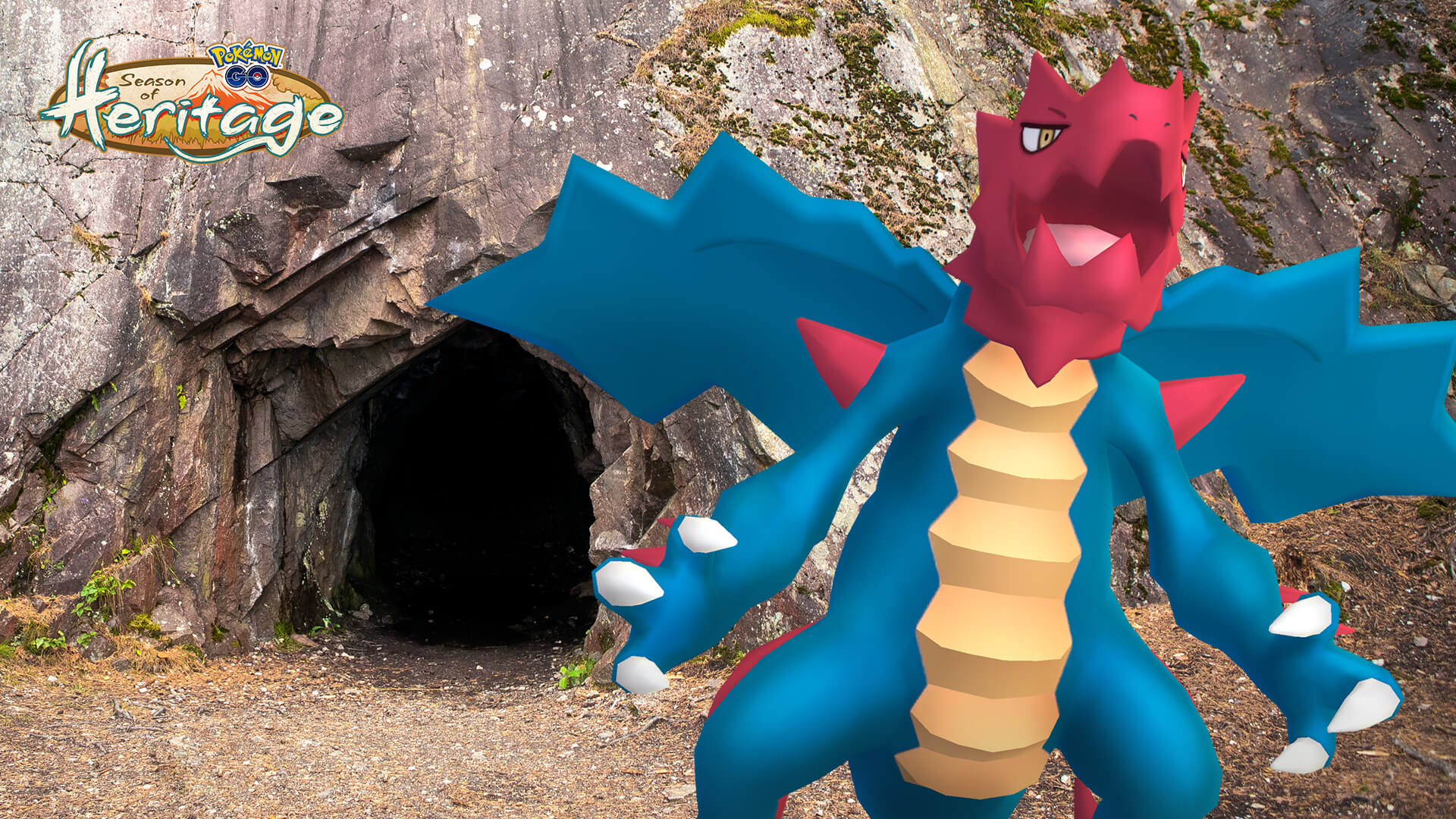 Pokémon Go’s Season of Heritage is moving into its next stage. Players successfully managed to activate the part of the mechanism keeping the mysterious door found by Professor Willow shut.

Now, an event themed around Unova’s legendary Dragonspiral Tower is beginning—and with it comes the Pokémon Go debut of the Cave Pokémon Druddigon.

The pure Dragon-type will be making its first appearance in the game. Additionally, other Pokémon typically found in or around Dragonspiral Tower will be appearing in the wild and in raids while the Dragonspiral Descent event runs from Dec. 7 to 12. Additionally, the rise in Electric, Fire, and Ice-types along with the Dragon-type Pokémon is perfect to usher in the return of Reshiram, Zekrom, and Kyurem—even if only Reshiram and Zekrom will be appearing in five-star raids during the event.

Druddigon will be available to encounter via a new Collection Challenge, Field Research tasks, and in three-star raids, along with Lapras, Dragonite, Magmar, and Electabuzz. And, if you’re lucky, you could even encounter a Shiny Druddigon.

In the wild, Pokémon like Dratini, Sneasel, Darumaka, and Blitzle will be appearing more frequently, while rarer spawns like Dragonair and Deino are also included. A special one-time-purchase Event Box will be available in the shop throughout the event for 175 PokéCoins, featuring three Remote Raid Passes to use.

This event follows the recently concluded Swinub Incense Day, which featured an increased number of Ice and Ground-type Pokémon appearing. Following that, Professor Willow and Team Mystic’s leader Blanche confirmed that the mysterious door’s mechanisms could be opened by meeting certain requirements, which will be a theme as the Season of Heritage continues for the next several months.